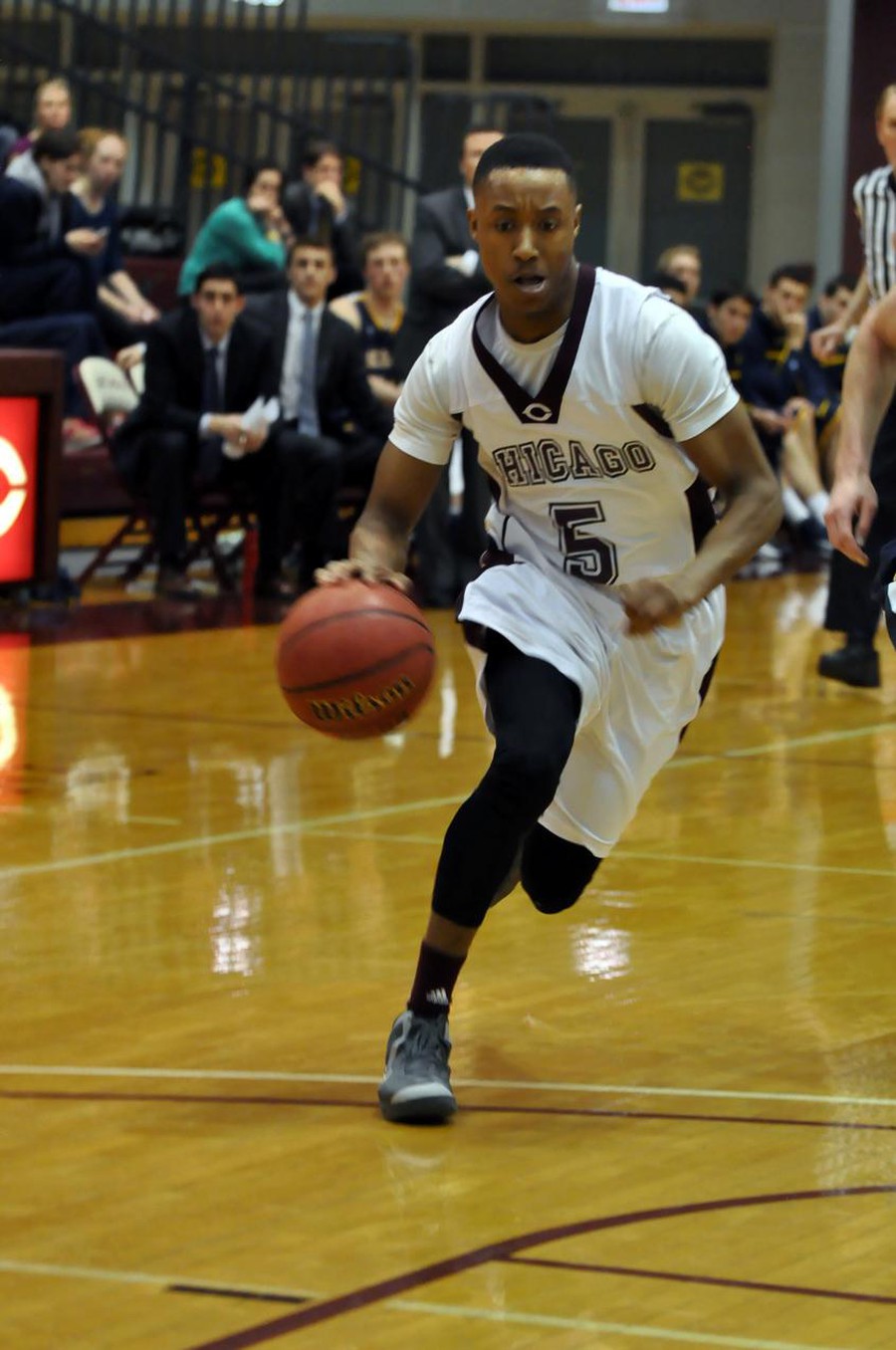 With such a balanced attack, one player can struggle and the team won’t miss a beat.

It’s tough for a game to be closer than this one was. The score was tied 13 times, and the lead changed 16 times. Chicago shot 59.6 percent compared to 38.1 percent by the Missionaries, who played without fourth-year forward Ben Eisenhardt, a third-team All-American last season.

Along with balanced scoring comes the possibility of anyone stepping up on any given night. On Friday, it was Muskeyvalley: In addition to leading Chicago in scoring, he hit a go-ahead jumper with six seconds left, putting the South Siders ahead by two.

“Coach McGrath told us to get the ball to Royce [Muskeyvalley] and just get out of his way,” Brooks said. “No one really knew what he was going to do, but as soon as it went up, I knew it was good.”

Although they won, the Maroons struggled with turnovers, totaling 28. However, Whitman’s defense seemed to allow Chicago to get easy baskets too.

“Whitman played a really gutsy full-court press that led to a bunch of turnovers. Whenever we beat the press, we got some really good looks because of how out of position they were,” Brooks said.

This competition went back and forth until Rose-Hulman found itself up by 16 in the second half. Chicago cut the deficit to four on a three-pointer by Smith, bringing the score to 84–80 with less than a minute left, but that was the end of the Maroons’ scoring.

Chicago just needed one more player to step up in the second half as the South Siders fell 85–80. Rose-Hulman’s fourth-year guard Julian Strickland led his team with 31 points.

Brooks was proud of the way the Maroons played.

“I feel like we executed well on offense and defense for most of the tourney. Whitman played a pressure style of defense, and Rose was more conservative. Both really tested us offensively, and I think we responded well,” he said. “In the future, I think we just need to be more comfortable with our teammates instead of just trying to break down the pressure on our own.”

Chicago will take on Illinois Tech (0–5) on Tuesday and Kalamazoo (2–0) on Sunday.

“Going forward, we just need to sit down and guard, and we’ll be on our way,” Smith said.

As Smith noted, defense will certainly be key for the South Siders, who have given up 76 points or more in four out of five games thus far.

That shouldn’t be too tough against Illinois Tech, which is only averaging 52.4 points per game on offense. However, Kalamazoo will be tougher competition, as it has put up 92 and 103 points in its first two games.

Chicago tips off at Illinois Tech on 7 p.m. on Tuesday and at home against Kalamazoo at 3 p.m. on Sunday to work off that Thanksgiving turkey.