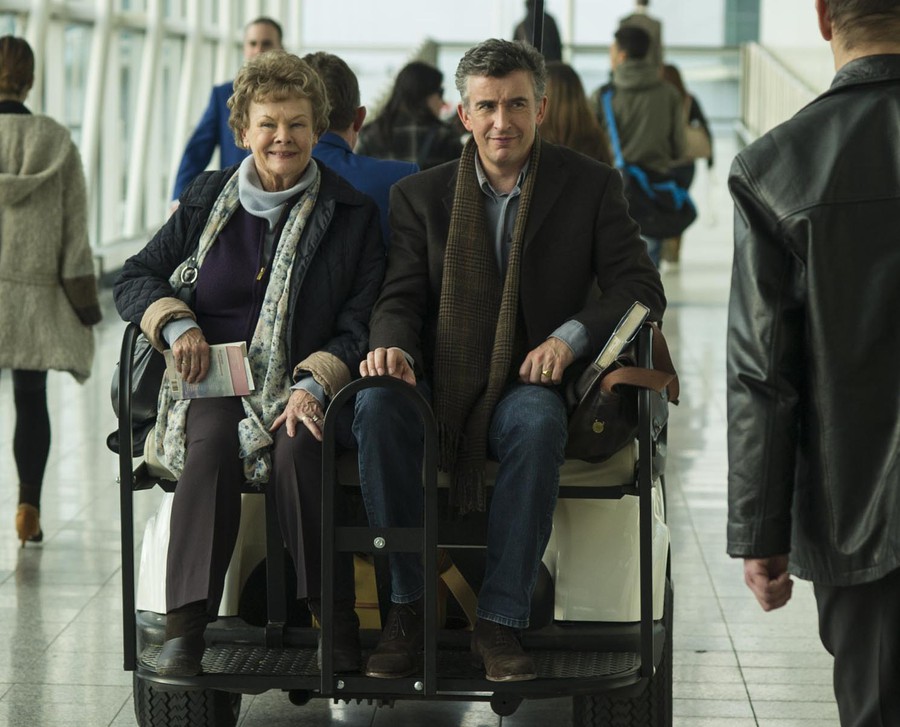 Director Stephen Frears, having already brought the film community Dirty Pretty Things and The Queen, has once again delivered a cinematic masterpiece.  His most recent work, Philomena, depicts the struggle of Philomena Lee (Judi Dench) in her quest to locate her son, who was given up for adoption at the age of three.  Lee, an Irish Catholic, gave birth out of wedlock and, following the custom of her religious community, put her son up for adoption and agreed not to inquire about his well-being.  Having kept this secret for 50 years, and unsure whether having sex or consistently lying is worse, she breaks her silence and teams with BBC reporter Martin Sixsmith (Steve Coogan) to find her long-lost boy, Anthony.  The ensuing tale is that of the oddball couple aiming to accomplish a single mission and the story of how they were ultimately able to do so.

Dench’s Philomena is spot on, evoking the sort of loving senility one has come to expect from a stereotype of an Irish grandmother.  Her acting is poignant; the quest, despite all of its ups and downs, does not cause her oblivious optimism to subside, and her indecisive nature makes for a brutally exciting adventure.  Dench’s role is phenomenal, no doubt, and it is hers that takes the audience on tear-jerking roller coaster rides, but the emotional development within the story is Sixsmith’s.

Sixsmith had just been removed from his role as a spin artist for Tony Blair after being accused of making a comment about 9/11. Despite the fallacious nature of these allegations, Sixsmith is fired and he sinks into a depressive state.  Backed into a corner with nowhere else to turn, he agrees to write this human interest story.  This lower art form puts him into contact with Philomena.  Coogan knows his script (expertly co-penned with veteran screenwriter Jeff Pope) and plays his character—who is humorously coy and whose brilliance is undeniable—very well off of Philomena’s lines. The contradiction between the two characters provides the impetus for Sixsmith’s change over the course of the film.

The emotional development that evolves in conjunction with Sixsmith’s patience for Philomena is a direct result of brilliant exchanges between Dench and Coogan, sometimes hilarious and other times dreadfully saddening.  It is this duality in the script, however, that allows Philomena to balance the emotional onslaught with comedic relief.  The brief laugh-out-loud interludes are enough to keep the audience from sulking into the same depressive state Sixsmith found himself in at the film’s beginning.