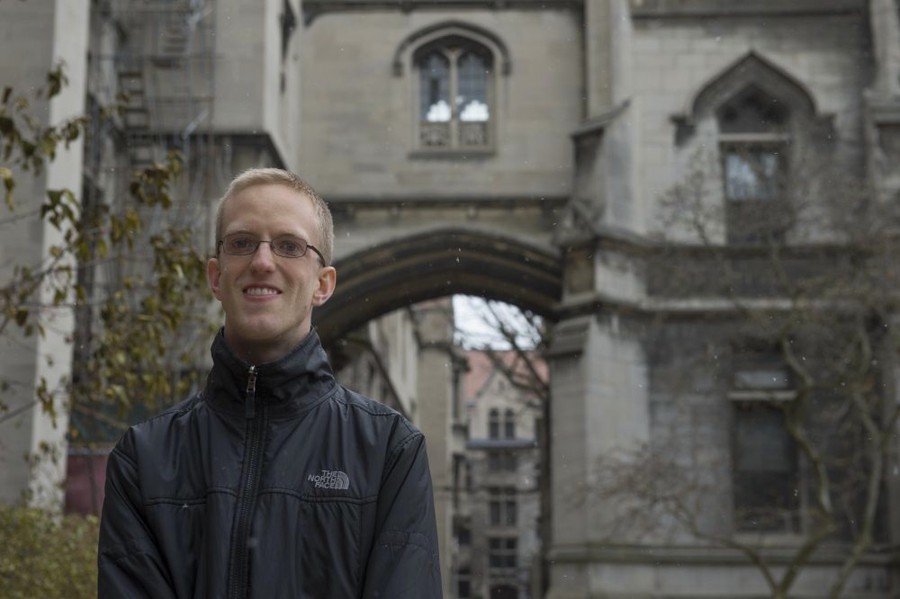 Fourth-year Samuel Greene has been named a Rhodes Scholar, the University’s first in three years.

Greene is the 49th student from UChicago to win the prestigious award, and will continue his studies in physical and theoretical chemistry at the University of Oxford next fall.

He chose to apply for the scholarship so he could study climate change in a non-American context. He spent this past September in Alaska studying the dynamics of how lake freezing changes the rate of methane emissions.

Greene said he became interested in energy and the environment as a result of growing up in Hawaii, where he saw how the limited resources available on a small island contributed to population stress.

“I knew I wanted to pursue a career addressing climate change and how it affects the whole world, including Hawaii,” he said.

The Rhodes Scholarship, which includes tuition, expenses, and a stipend, is awarded to 32 American undergraduates annually to facilitate their postgraduate studies at Oxford.

The application process for the scholarship was very demanding, Greene said. Much of the difficulty arose from “trying to figure out what I wanted to say about myself, and how I wanted to say it. Then I had to manage to stick all these ideas together in a story and connect that story to climate change.”

At Oxford, Greene will pursue a D.Phil., the British term for a Ph.D., after which he hopes to conduct quantum mechanical research to develop renewable energy technologies, such as solar cells and batteries, and to reduce the global dependency on fossil fuels.

Last year he won a Goldwater Scholarship, which is awarded to exceptional students of the sciences. He credits the curriculum at UChicago with preparing him for his future studies and research.

“I think what’s different about chemistry here is that they teach you more abstract thinking methods and less formulaic techniques,” he said. “That’s taught me to think more flexibly.”

While he is excited about moving to England, Greene said he will miss the community at UChicago. “I have a good feeling being here. And I’m sure I’ll find that at Oxford as well, but it’ll be less familiar. I’ll miss feeling at home here.”

Greene plans to graduate in June with both a B.S. in chemistry and an M.S. in physical chemistry. In addition to taking all graduate-level courses, he is currently writing his master’s thesis on the results of his research in Alaska.

Out of this year’s scholarship recipients, eight were from Harvard and three were from Yale. The last Rhodes Scholars from UChicago were three students selected in 2010.