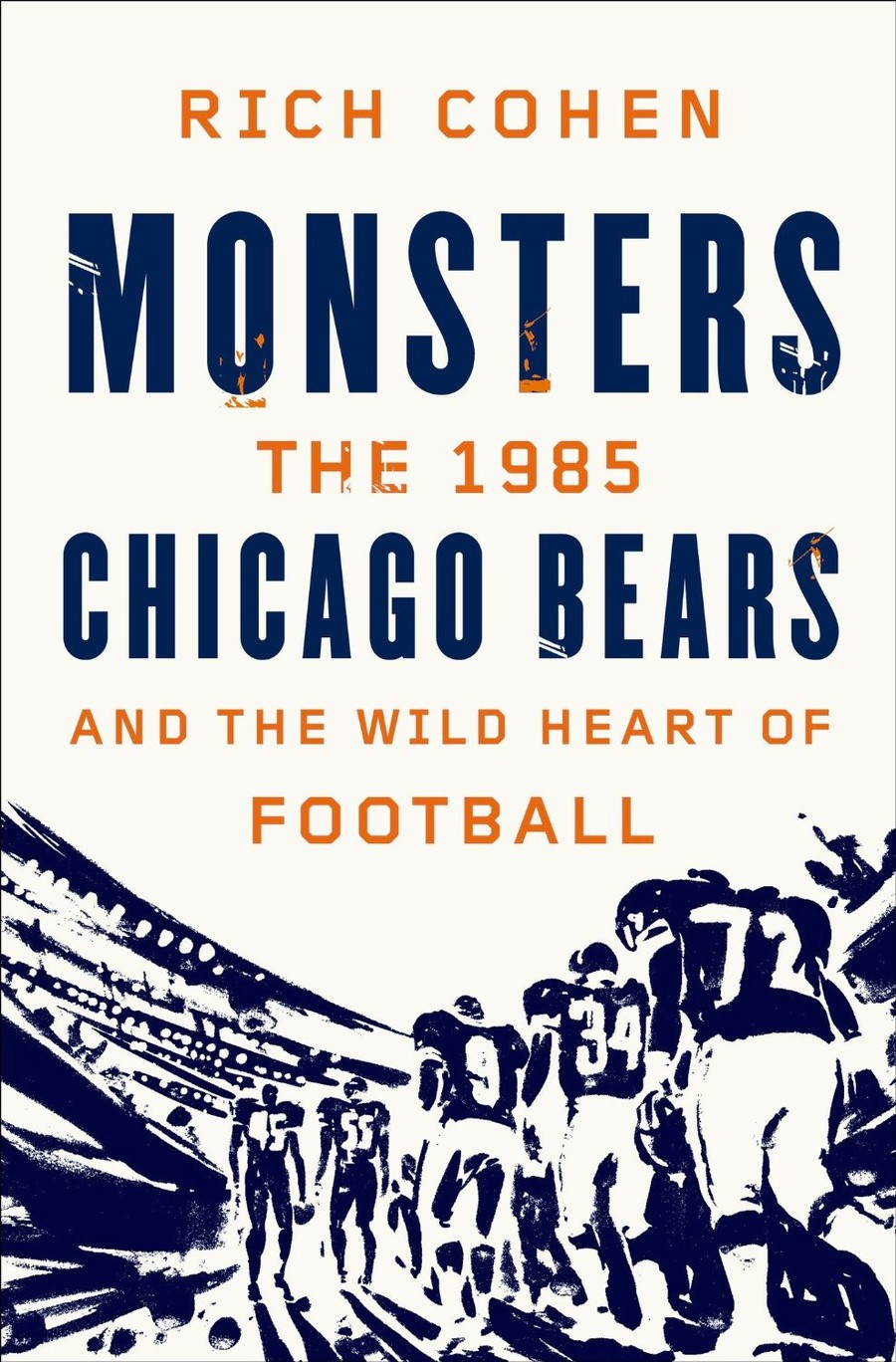 Courtesy of Farrar, Straus and Giroux

Monsters by Rich Cohen tells the story of the 1985 Chicago Bears football team, which embodied the city it championed and served as a touchstone for fans who had never witnessed the truly dominant Bears teams of the ’30s and ’40s.

After a brief introduction recounting Cohen’s trip to New Orleans and Super Bowl XX, in which the ’85 Bears defeated the New England Patriots, the book spends its first quarter detailing the life and football career of George Halas, the Bears’ head coach for over 40 years and owner for 60. Consequently, the story takes the reader from the infancy of the National Football League to the televised spectacle of the 1960s, and then turns to Mike Ditka, one of the last players to play during Halas’s coaching career and the man who would eventually lead the ’85 Bears as head coach. Finally, the book introduces the critical members of that year’s squad, such as quarterback Jim McMahon and running back Walter Payton, and recounts the story of the 1985 Super Bowl run through the eyes of these players.

From a historical standpoint, Cohen’s work is superb. His research on every era of football from the 1900s to the 1980s borders on the encyclopedic, calling up countless details about the lives of key figures like Halas, Ditka, Jim Thorpe, and Sid Luckman. He details individual plays that occurred in otherwise forgotten football games, even though many of these games probably don’t exist on film. These descriptions make the book feel like a collection of folklore, passed from generation to generation of Chicago football fans. Sports folklore is an essential component of any sports city as storied as Chicago, and this is not lost on Cohen.

However, the real genius of Cohen’s writing lies in his incorporation of the personal and emotional aspects of football and its players. Despite never having played competitive football, Cohen has a profound understanding of the game’s psychology, and his insights are both original and thoughtful. One of the book’s most consistent themes is the connection between football and violence, a topic that is sure to make many readers uncomfortable, especially in light of recent headlines about the long-term brain damage suffered by former football players. Cohen neither glorifies nor demonizes the sport’s violence, but traces it through the history of the game, from the sons of immigrants who would become the first football players brawling in the urban ghettos of the 1800s to the fatalistic men of the 1900s plunging ahead without regard for the future.

Cohen’s most brilliant observation may be his comparison between the evolution of football and the evolution of warfare. The trench warfare of World War I mirrors football’s line-based war of attrition in the 1920s, while the vertical passing game that followed World War II reflects both the war’s fast pace and the fear of long-range nuclear missiles of the Cold War.

But rather than making the violence his principal subject, Cohen shifts his emphasis to the spirit of the players, showing that they were men who could endure violence and still go on. He ties this in with the culture of Chicago, emphasizing that is it impossible to separate one of America’s great cities from its favorite team.