Kip Fulbeck came to campus as part of OMSA’s Heritage Series to discuss his work on The Hapa Project, featuring minimalist photographs of over a thousand half-Asian subjects. 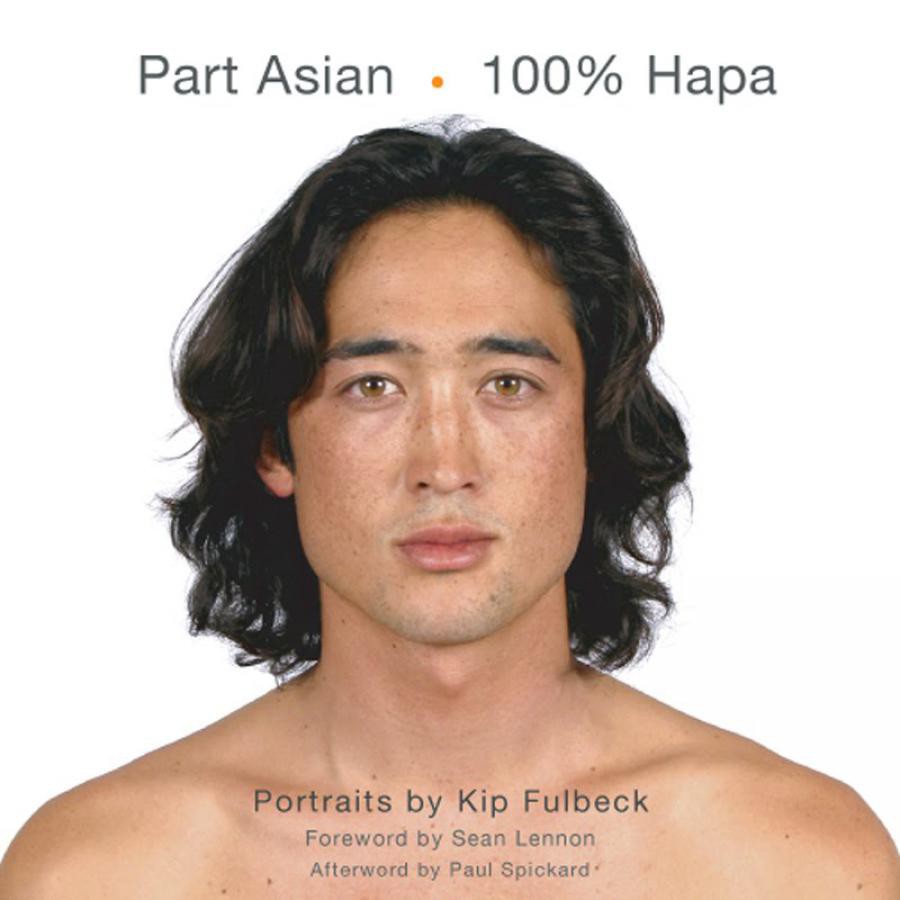 The Logan Center Performance Hall was filled with a spread-out yet buzzing crowd. Small groups sat in the back and front, but there were some individuals with whole rows to themselves. Speaking as part of the Office of Multicultural Student Affairs’ Heritage Series, artist Kip Fulbeck took the stage to a smattering of applause. The topic of Fulbeck’s talk dealt with the artist’s identity as hapa, a term that refers to someone of mixed heritage who has one parent of Asian descent. Fulbeck’s mother is Cantonese, while his father is a mix of Welsh, Irish, and English heritage.

Fulbeck is most famous for The Hapa Project. Since 2001, Fulbeck has been traveling across America, taking photos of people who identify as hapa and then asking them to identify their heritage and respond to the question, “What are you?” From an original group of 1,200 people, Fulbeck chose the portraits and responses of 100 people and compiled them into the book Part Asian, 100% Hapa.

In his book, Fulbeck employs a minimalist style in his photographs. The subjects were photographed from the shoulders up, straight-on at their faces, in front of a plain white background. No clothes, jewelry, or makeup are present in the photos, and the participants were discouraged from smiling. Their pictures were then displayed above the handwritten responses of the participants, which ranged from humorous one-liners to profound statements of personal identity. Perhaps the most famous response, and the inspiration for the book title, is the statement, “I am 100 percent black and I am 100 percent Japanese.” The Hapa Project is still going on today and continues to grow. People interested in being a part of the project can submit photos at seaweedproductions.com.

Fulbeck also discussed his two other books of photography, Mixed: Portraits of Multiracial Kids and Permanence: Tattoo Portraits. The most moving and surprising moments of the evening came from his discussion of the latter. While it did include tattoos acquired from late-night drinking and the ink of a few famous rock stars, there were also photos of former gang members who are marked for life by their past deeds, and the ID number on the arm of an Auschwitz survivor. Whereas much of the talk up until then had dealt with how race influences personal identity, this section focused more on the experiences of individuals and how events can shape a person not only physically, as shown by the tattoos, but also mentally, through changing self-perception.

After he finished talking about his photography, Fulbeck showed one of his short films, Lilo & Me. The film is autobiographical and deals with the artist’s realization that every non-white character in a Disney film looks similar to him. The film was light, with Fulbeck’s exuberant personality shining through, especially in scenes in which he joked with his mother about suing Disney and showed pictures of his childhood, comparing them to Lilo from Lilo and Stitch and every single Native American in Pocahontas. However, it felt like the film merely scratched the surface of the issues of place and identity he had explored earlier with The Hapa Project. While his humor could be engaging, it took away from the overall message of the film.

The lecture ended with one of his poems, entitled “My World.” The poem was essentially a five-minute-long list of things that would fit in his ideal world, some keeping to the theme of identity and belonging, and some deviating to other topics, including higher education. While the poem itself was interesting, especially the parts that drew from his own experience of feeling alienated from his cultural heritages, his performance of the poem fell short. He spoke so quickly that it was difficult for any of his ideas to sink in, and he tripped over his own words as he went.

Fulbeck was most successful when he focused on large groups of people as opposed to himself and his personal identity as hapa. The main strength of his performance was in the photos and the stories of the people he interviewed for his books on photography, which conveyed beautifully both the diversity and the unifying humanity among all the people represented.