Chicago to close regular season against No. 1 Wash U 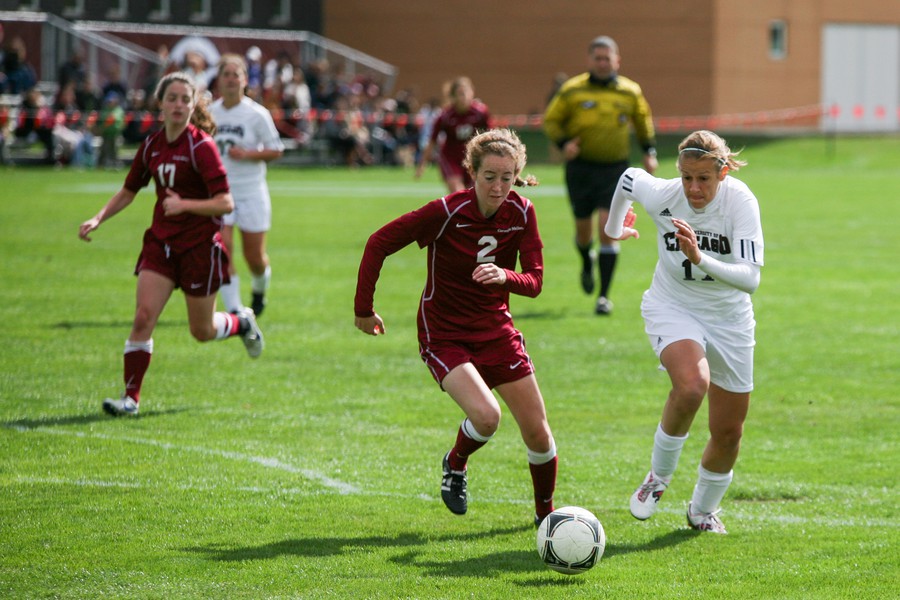 As they approach the end of a solid season, the Maroons’ final game will be their toughest yet.

Chicago (11–3–3) will take on No. 1 Wash U (16–1–0) at home Saturday at Senior Night. Though the team will have its work cut out for it as it faces the top DIII team in the country, the South Siders have high hopes for their last matchup.

Chicago has been playing particularly well through this final stretch of the season, with four wins out of its last five games. The Maroons are coming off a win over NYU and a tie against Brandeis last weekend, bringing the team to third in the UAA. The South Sider defense has remained sturdy throughout the season, with six shutouts and 13 games in which the opposing team was held to one goal or fewer. Though the team’s offense went through a small slump in the middle of the season, it has remained fairly consistent overall and has particularly found its stride these last couple matches.

“We have had a really strong season this year,” said first-year midfielder Lily Wolfenzon. “We have had several unfortunate injuries to some of our core players, but we have managed to pull through and win some really important games.”

The Maroons hope to continue this trend and defeat the seemingly infallible Wash U. The Bears are undefeated in the UAA and have only lost one game all season, often defeating opponents by three goals or more. They are also equally strong defensively, shutting out 14 of 17 games.

However, Chicago is looking to finish with the best possible record to help its bid to the NCAA tournament, and a win over Wash U would definitely aid its chances. The South Siders will rely on third-year midfielder Sara Kwan, fourth-year midfielder Micaela Harms, and fourth-year forward Natalia Jovanovic to spearhead the team’s offense. With Wash U’s potent offense, third-year goalkeeper Jacinda Reid will also be especially important to the team.

“Because Wash U will be playing with a sweeper and a stopper in the defense, we are really looking to exploit the wide space on the field that will be open,” Wolfenzon said. “We are planning to just go out there and fight as a team and leave it all on the field and get that win.”

In addition to tomorrow’s game being crucial for conference standing, it is also Senior Night. For a good portion of the team, including team captains Beatrice Hobson, Kelsey Peterson, and Jovanovic, this will be their last game played on Stagg Field.

“We are so sad to see all nine of our seniors ending their final season,” Wolfenzon said. “The team will most definitely not be the same without them next year. They have all impacted this team in numerous ways, and we are so thankful for each of them. We will be playing for them today for our last home game all together.”

The Maroons kick off against the Bears at 1:30 p.m. Saturday at Stagg Field.