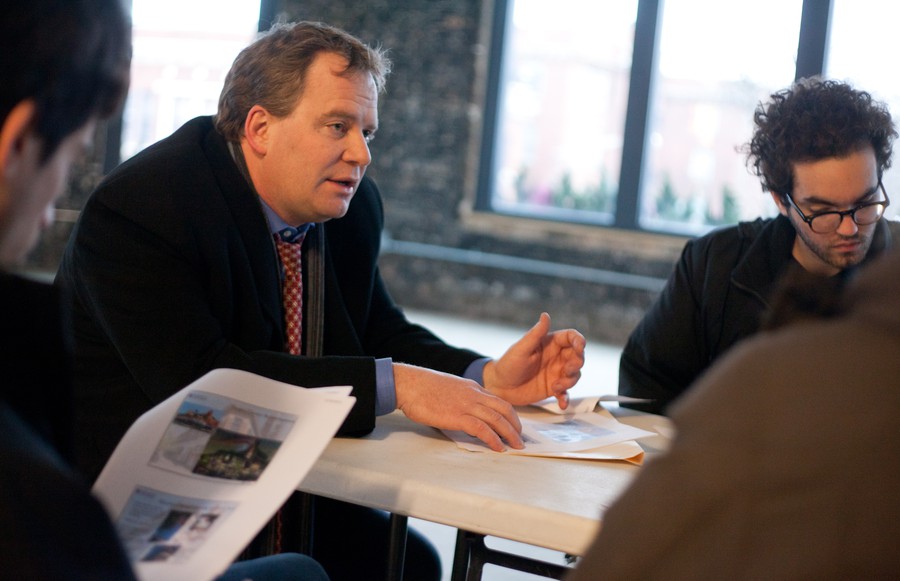 Students met with Jim Hennessy, Associate Vice President for Commercial Real Estate Operations, on Tuesday for a presentation on the 53rd Street development projects and a brief tour of the recent and upcoming additions. The event was sponsored by SG with the intention of increasing awareness and correcting misconceptions about the project.

“I don’t feel like we’ve been doing a good enough job of [informing] the student population about what’s been going on,” Hennessy began. The presentation was held on the second floor of a vacant, University-owned building at East 53rd Street and South Harper Avenue. Twelve students from the College and graduate schools were in attendance.

Inquiring into the timing of the projects and likelihood of success, one student asked, “What data have you seen that suggests this demand…and why haven’t other developers come in over the past 10 years and set up shop?”

According to Hennessy, $1.2 billion from Hyde Park–Kenwood is spent on Roosevelt Road each year. “That’s money that could be—should be—spent here,” he said, attributing the previous lack of development to safe decision making that discourages betting on a location devoid of business competition.

Hennessy explained that the projects are meant to catalyze further business development, pointing to the success of the Five Guys on East 53rd Street as evidence that these efforts are working. Since opening in September 2011, Hyde Park’s Five Guys location has been one of the chain’s most profitable branches in Illinois. After witnessing their success, other burger joints like Smashburger and Whataburger expressed interest in the area, Hennessy said. Akira and Bike and Roll, both located on East 53rd Street, have also exceeded expectations since opening last year.

“Everyone that showed up so far…is doing great,” Hennessy said.

Another student asked about the role of Tax Increment Financing (TIF), funds set up to aid underserved areas, in the development projects. Hennessy said that while Harper Court Partners, the developers handling the revitalization of Harper Court, dipped into the TIF fund set up for Hyde Park in 2001, the University did not apply for TIF money for its 53rd Street projects.

“We have deep pockets, so if we’re going to be the one to go into tax money, I don’t think that would play well,” he said.

Assistant Vice President for Student Life and Associate Dean of the College Eleanor Daugherty, who was also present at the event, asked attendees how the University could better publicize the 53rd Street offerings. Students suggested Facebook, occasional e-mail updates, and outreach to Inter-House Council and Resident Heads as effective ways to keep students up to date.