Professors on state of political activism 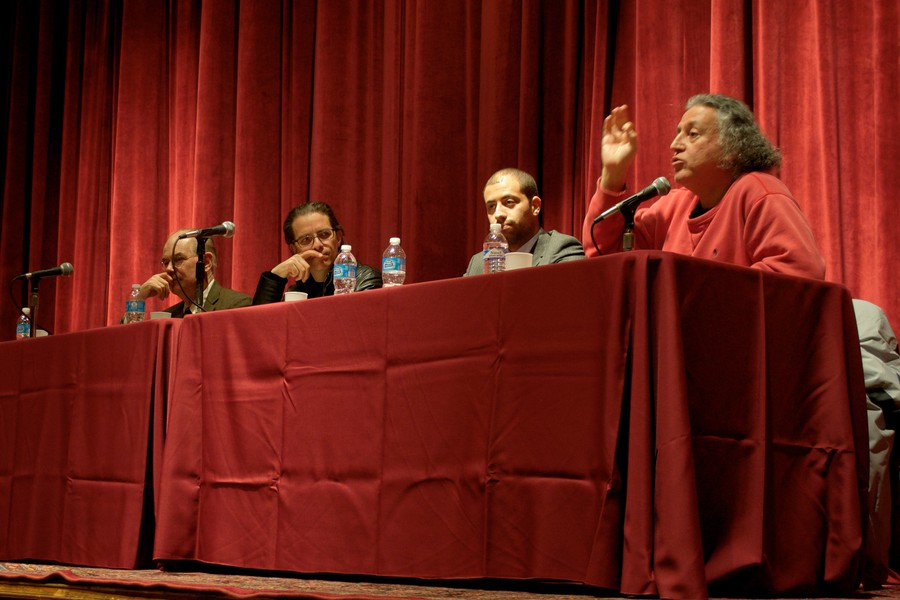 A panel of four political theorists, including UChicago professors Bernard Harcourt and John Mearsheimer, spoke on violence and social movements in Palestine and in the United States on Tuesday night at I-House. The event was entitled “Between the Ballot and the Bullet: Popular Resistance and Social Movements,” referring to civil rights activist Malcolm X’s famous 1964 speech advocating for African Americans to use violent resistance when necessary.

“The Palestinian people have been in a state of resistance for over a century,” he said. “But the movement began its resistance nonviolently, in the same ways as the rest of the civil rights movements throughout the world—petitions, demonstrations, sit-ins, peaceful letter writing campaigns, poetry—in the 1930s.”

Law and political science professor Bernard Harcourt contrasted American social movements from the peak of the civil rights movement in 1968 to Occupy Wall Street in 2011.

“[The 1960s] was a period in which utopian visions prevailed,” he said during the talk. “It would seem that the more contemporary movements…are no longer utopian in the traditional way. It’s almost as if 1968 had exhausted Marxist idealism in some way. 1989 exhausted liberal idealism. And today, many of the movements…are left without an easy answer in the conventional ideological polarity of left versus right.”

Harcourt sat down with the Maroon after the event to discuss the role of social movements today.

CM: Based on recent social movements like Occupy Wall Street and the NATO protests in Chicago, are we currently in an era of the ballot or the bullet?

BH: It’s neither, I would say. There was a strong undercurrent among Occupy protesters that the ballot is corrupt today. There was a lot of debate about Citizens United [v. Federal Election Commission] and the corporatization of electoral politics. In fact, I’d say that the Occupy movement in part was born out of a disillusionment with traditional electoral and partisan politics. At the same time though, there was no element of “the bullet” in Occupy Wall Street. It represented a third path that I think pretty expressly rejected both violent resistance but also the conventional electoral approach. And maybe that third way had something to do with the very paradigm of a peaceful occupation. It was probably connected to the very term and the very idea of occupying a space peacefully.

CM: Is there a place for violent resistance in social movements today or is it counterproductive?

BH: It’s important to distinguish between resistance movements in Syria or Egypt or Greece or Spain or the United States. What I’d say is that the turn to violent forms of resistance is counterproductive in countries where there’s a dominant legitimating discourse of law and due process. Where a formal legal ideology dominates, it becomes far too easy to characterize any form of violent or deviant resistance as being outside the legal norm and therefore a form of criminality. In those spaces where the rule-of-law discourse dominates, it’s particularly unproductive to turn to violent resistance. In a country like the United States, the penal apparatus and the legitimating discourse of liberal legalism are far too robust.

CM: What can South Side activism like the recent demonstrations at UCMC tell us about the state of activism generally?

BH: It reveals, correctly, that social protest in the United States is at an all-time high. Recent studies show that the number of people who have engaged in protest in their lifetime is actually at a high point in the U.S. It’s interesting because there have been theories about the loss of civic life and association in this country, but I think what we’re seeing is that, even if people are “bowling alone,” they seem to be marching together. What’s also interesting is that participating in political protest tends to have lasting effects on the individual, such that they are more likely to continue to be politically engaged and to participate in protest and resistance as they get older.