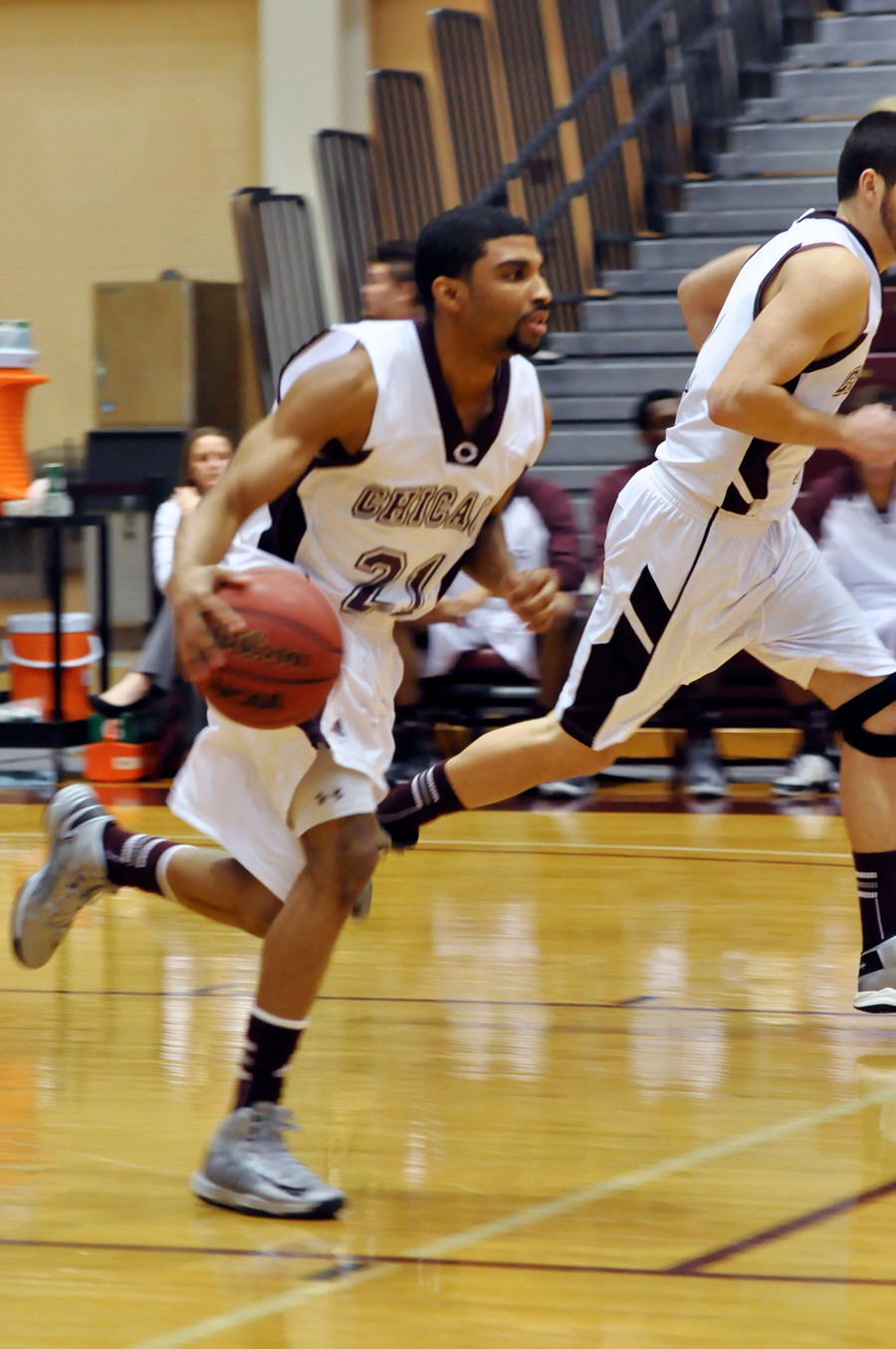 If there was any doubt about Charlie Hughes’s scoring abilities before Friday, it was laid to rest by Sunday.

But it was not just Hughes’ scoring that made the impact, it was his efficiency. The Maroon had only one miss on eight attempts from the charity stripe versus the Spartans. Against the Tartans, he shot 80 percent from the field.

“As a [small forward], he’s 6 foot 5 and he’s strong,” third-year forward Sam Gage said of his teammate. “He’s a tough match-up. He’s been shooting the ball well, so that’s really been why he’s been playing better.”

A balanced scoring attack allowed Chicago to go on a 16–5 run to start off Friday.

But with over fourteen minutes remaining in the game, Case cut the Maroon lead to five.

It was then that Chicago was off to the races.

Third-year point guard Wayne Simon scored two buckets, and with Chicago leading by nine points, 49–40, first-year shooting guard Jordan Smith picked up a loose ball. The crowd-pleaser sprinted towards the arc, set himself up, and threw down an emphatic two-hand jam.

“His dunk was kind of in the midst of a run, and I think it definitely gave us a little extra boost,” Gage said. “I think it kind of took some wind out of their sails too, and it definitely got the crowd involved.”

The last time the Maroons faced the Tartans, Carnegie opened the game with a 6–0 run. This time, the Tartans went on a 12–2 run in the opening minutes thanks to six points and an assist from Rob Mohen.

Carnegie held on to the 10-point lead in part because of Asad Meghani’s perfect 3–3 mark from downtown. With just over 10 minutes left in the first half, Carnegie was up 20–10.

Chicago, however, turned the deficit into a 35–28 lead by the end of the half. Charlie Hughes scored an unfathomable 13 points in the opening 20 minutes.

“Last [week against Carnegie] and for the first part of [Sunday], when we got down early, we didn’t do a very good job taking away things from their perimeter guys, mostly outside shots,” Gage said. “That’s one thing we had talked about during the week, and [head] coach [Mike McGrath] definitely harped on it at halftime again, getting out on their shooters, not letting them get open looks on the outside. Cleaning up the rebounds too was a big thing. Once we started doing those two things, we were able to build the lead, and I guess that’s what really was the difference.”

One shooter that the Maroon guards closed out was Meghani. After his initial three treys, the Tartan only sunk one more shot from beyond the arc on six more attempts.

“He was the one that really killed us the first half,” Gage said. “The perimeter guys did a good job taking away his easy looks. They kind of chased him off screens and made sure he didn’t have a clean look at the basket really the rest of the game after those first couple possessions.”

The Maroons increased the lead to 20 points by the final buzzer. They will face another pair of UAA rivals this weekend, in Rochester and Emory.