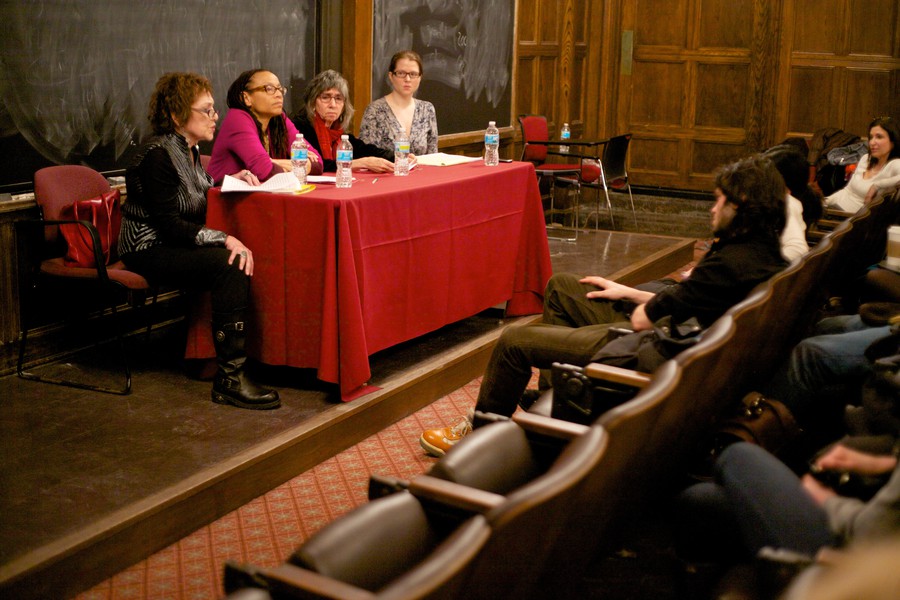 Feminist scholars from across the country spoke on controversial issues in abortion in a panel on Thursday. The panel, sponsored by the Center for the Study of Gender and Sexuality, was part of a series on reproductive rights inspired by the 40th anniversary of Roe v. Wade.

The speakers focused on “selective abortion”, or when the decision to abort a fetus is based on the fetus’s sex or genetic disabilities such as Down syndrome, which can now be determined through prenatal genetic screening.

While sex-selective abortion is not common in the United States, law professor Martha Nussbaum, who moderated the panel, noted its commonness in some East Asian countries.

Due to cultural values favoring male children, parents in many East Asian countries have long malnourished or abandoned female children. “But now, with these new screening technologies, the natality rate itself is becoming skewed,” she said, noting that in some parts of India only 78 women are born for every 100 males, due in part to sex-selective abortions.

While acknowledging the benefits of prenatal screening for disabilities, panelist Dorothy Roberts, a professor at the University of Pennsylvania Law School, said she was worried about the unintended consequences of this technology.

“We should be concerned about using genetic-selective technologies to solve social problems in lieu of providing real social solutions,” she said. “The idea of an easy genetic fix is itself a barrier to social progress.”