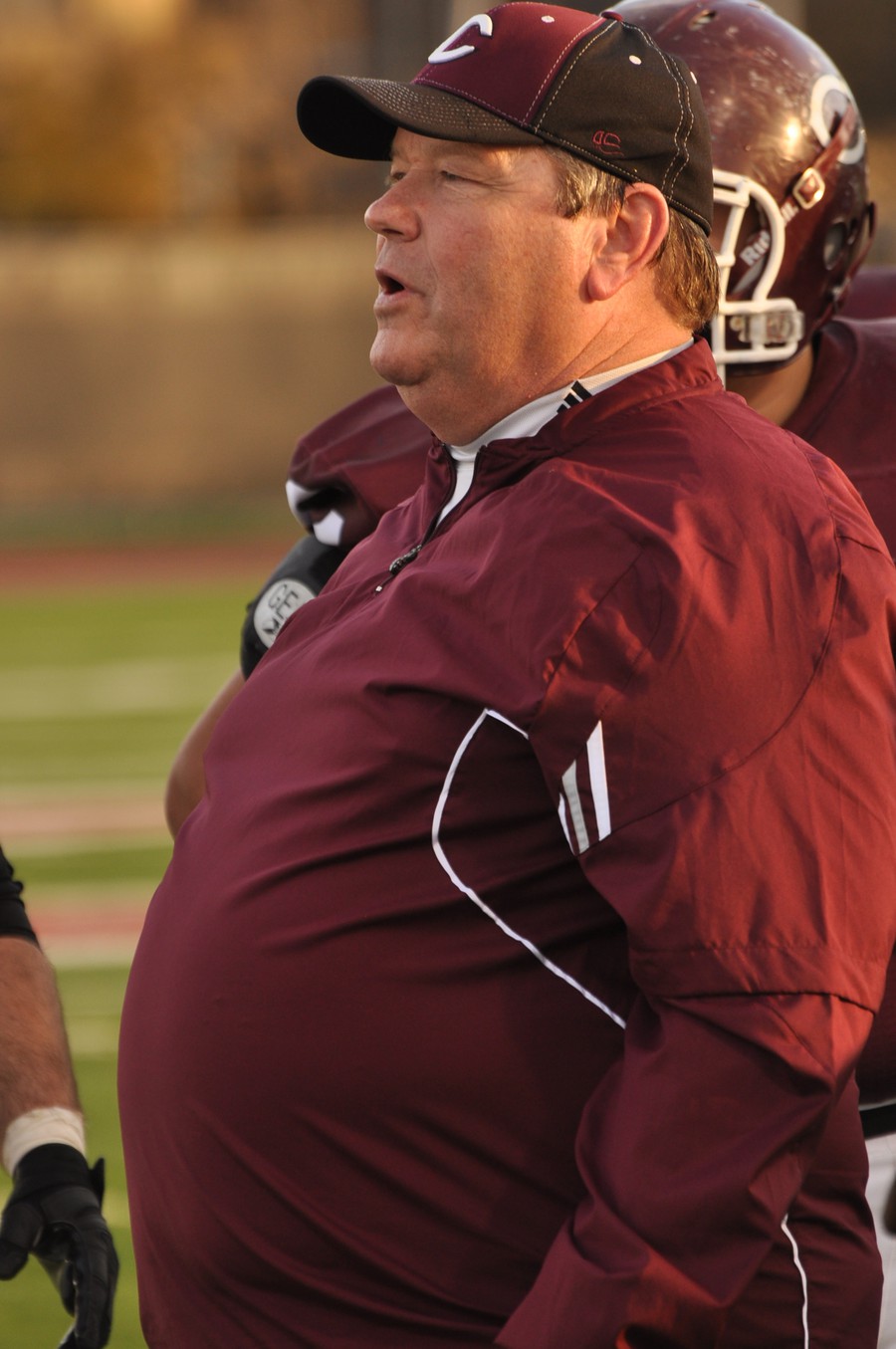 The first time I met University of Chicago head football coach Dick Maloney, I was a junior in high school. I was visiting the school on a whim, figuring that I might as well check out the campus and talk to the coaches since I’d already flown in to see Northwestern. Being from Florida, I hadn’t heard much about the then–ninth-ranked school in the country, aside from the fact that it ranked well. Aspirations to play college football had me looking at top-ranked schools with competitive football programs, and sitting high on that list were Coach Maloney’s Maroons. It just so happened that the coach whose career has defined Chicago’s modern era also wound up being my recruiter.

Maloney is a big man. He’s the sort of person who walks into a room and unintentionally makes everyone around him shrink. It’s a trait that comes with being a former collegiate offensive lineman, I guess, and Maloney was one that got an NFL tryout to boot. It’s also a trait that every head football coach should probably have, considering the large personalities that can be found in any given locker room. His presence goes beyond his frame, however; it’s a part of his persona. Maloney’s laugh can fill an auditorium, no matter how many brawny linemen and linebackers fill it. His infamous speeches command your ear—it’s impossible you could sit through one of his pregame narratives and not have your attention hinging on his every word. Still, it’s the way he looks at you as his player that speaks truest to Maloney, as a coach and as a person. He always makes you feel at home.

I didn’t like Northwestern as much I thought I would. In the cab on the way back to the hotel, I found myself wondering whether or not schools really fit you the way you imagine they will when you’re receiving endless stacks of college propaganda. Then my phone rang. It was former Chicago offensive coordinator Jeff Sokol. He knew I was in town because my high school and I had sent Maloney an e-mail with my highlight tape and my transcripts. We drove straight to Hyde Park.

From the moment I walked into Ratner, it felt right. Coach Sokol took me up stairs I’ve walked a hundred times now and introduced me to Maloney in the coaches’ conference room. I don’t remember exactly what Maloney said the first time we met, but I do remember that I left with a big grin on my face, thinking, “This is the school for me.” I remember him smiling so wide that you could barely see his eyes, and his cheeks turning the rosy color they do when he starts one of his stories. I remember thinking that Maloney was a real father figure, a Santa Claus, someone I could and wanted to play for.

Maloney, the University of Chicago, and the football program left such an impression on me that I visited two more times before I actually enrolled: once for the Maroon football camp and once for my official visit.

The camp at Chicago was the second one at which I saw him during the summer before my senior year. The first was at the Princeton football camp, where he was evaluating and helping coach. I remember because after a one-on-one drill, he walked up to me and said something along the lines of, “Keep it up.” We had two interactions of that kind at the camp, but they left a strong enough imprint that it carried my spirits through the week.

At the Maroon camp, it all fell into place. I’d never felt more at home on a football field than at Stagg. The coaches carried an upbeat attitude that reflected Maloney’s happy demeanor; you could tell that they, like him, sincerely loved the game. After the camp, I walked up to Maloney and asked him how things were looking. We’d been exchanging e-mails over the summer, but his telling me, “Things are looking good, Vicente,” was just the reassurance I needed, the sort of pat on the back you get from your parents as a kid after scoring a touchdown or coming home with As on your report card.

A few months later I got an e-mail from Maloney congratulating me on my acceptance to Chicago. Aside from the actual letter from the school, it was the best note I got that winter. Because of Maloney, I felt at home at Chicago and because I applied and got in, I am happy to say I’ve done everything I dreamed I’d do.

On my last visit to Hyde Park before arriving for preseason my first year, Maloney opened his commencement speech with an old-school projector, the sort of machine that gets carried around on a rolling tray. “I haven’t seen one of those since elementary school,” the entire room must have been thinking. As Maloney placed a not-quite-centered paper onto the machine, which then projected a not-quite-centered image onto the screen, he made his first joke of the day: It was appropriately about the projector (and his lack of technology know-how). It was not the last joke the players in that room heard, the ones who wound up at Chicago and the ones who didn’t. It helped alleviate the tension in an auditorium full of anxious 18-year-olds.

And that’s what Coach Maloney has always done for me, and for all of the players who have passed through his program in the last 19 years; he’s helped us through some of the most important and stressful years of our lives. He’s helped high school students get into their dream school. He’s landed his players internships and jobs, which have led to illustrious careers. He’s helped create memories on and off the field that the young men he’s coached will carry with them through their college years and beyond.

Championship rings, the most wins since Amos Alonso Stagg, and the equivalent of a Bobby Bowden legacy in the microcosm that is Maroon football don’t even begin to speak to the impact Coach Maloney has had on his players’ lives in his time at Chicago. His influence is better personified by the smile he’ll give a player as he passes him in the hallway, with his eyes squinted and his cheeks red. It’s better personified by the feeling I got walking out of his office as a nervous 17 year-old kid my junior year of high school.