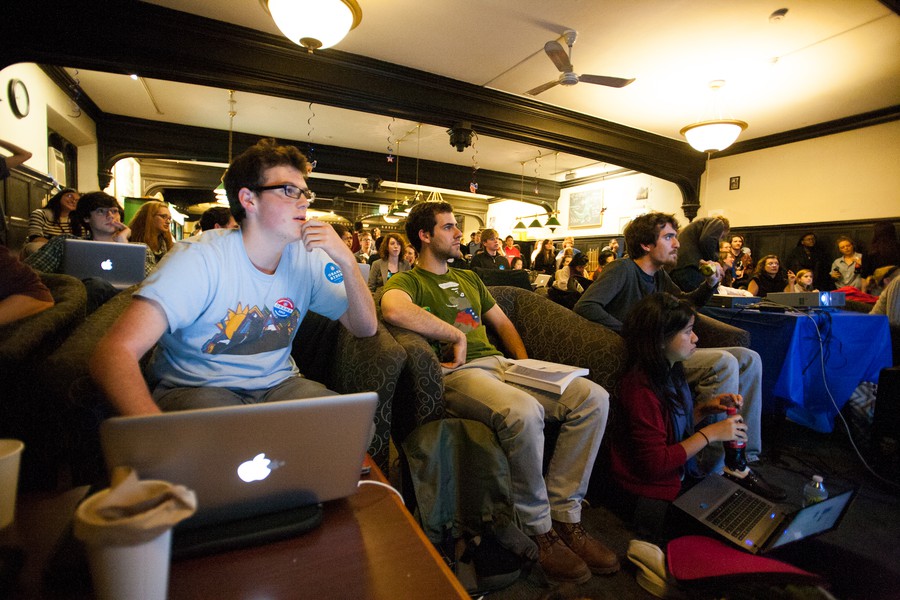 After a week of vocal student backlash, administrators have decided to put the conversion of student-run café Hallowed Grounds into an RSO Advising Center on hold until they solicit more student input on the proposal.

In an email sent to RSO leaders and student coffee shop employees last week, Senior Director of Student Life Sarah Cunningham called for “the ideas and advice of [a] broad spectrum of student leaders, members of the student body, and additional University representatives” in the new Committee on Activities and Advising Centers, which will be charged with examining the current use of Hallowed Grounds and other Reynolds Club spaces as contenders for the new Student Advising Center. The committee will convene during summer and fall quarters to determine the location and design of the RSO Advising Center and another ORCSA student center.

“It wasn’t clear for a while whether this [new committee] would happen and it took several conversations,” said rising fourth-year Michael McCown, SG president. “I think that ORCSA made the right decision in setting up this new committee. It is the best possible outcome for the situation.”

The petition amassed approximately 1,200 signatures within three days and was delivered in person to Cunningham and Jennifer Kennedy, ORCSA’s associate director, on August 8.

Prior to the delivery, two Deans-on-call accompanied Ji and and third-year Xander Wikstrom as they waited outside the Reynolds Club. Ji said that campaigners had not requested the presence of any deans-on-call.

Ji and Wikstrom were invited to participate in the Student Advisory Committee, which took place later that day in Hallowed Grounds. At the time of the first meeting, administrators remained steadfast in their intention to use the student-run café as the venue for the RSO Advising Center, but were open to suggestions regarding student concerns over food provisions and music, according to several of the students.

“They passed around samples of furniture textures and brochures of different type of furniture in them,” Ji said. “There was no consideration of other spaces for the RSO advising offices, because they purposefully wanted  a ‘collaborative space’.”

But Hallowed Grounds General Manager and rising fourth-year Matt Wolf said that the concessions built into the revised plan discussed at the meeting were significant.

“I thought that the plans were pretty decent. It looked like we were going to work together,” Wolf said. “Compared to the first one, this one allowed for a lot of seating area.”

For many students, however, the issue was not just about the layout particulars of a student café, but a perceived pattern of poor communication and mistrust between students and administrators.

Rising fourth-year and President of University Theater (UT) Hilary Clifford was one of a dozen RSO leaders who rallied entire RSOs around the plans.  Clifford emailed the 734-member UT listhost last week, urging them to email ORSCA administrators and to sign the petition, and she has been in ongoing dialogue with University officials about her concerns for transforming the café.

“Pretty instantly after sending that e-mail I got an e-mail from Elly Daugherty [assistant vice-president for student life and associate dean of the college] asking if we could speak,” Clifford said. “I walked her through my personal feelings that this student body is not mad for the sake of being mad. This is actually an issue for a lot of people about the administration ignoring the student voice.”

In response to the inpouring of student upset, Cunningham, Kennedy, and Daugherty replied to many messages directly. According to Clifford, however, the stock e-mail responses further exacerbated what she considers the underlying problem in the controversy.

“Some have been asking why this is the issue that students have been getting up in arms about, people who aren’t even in Chicago. But it’s not just about a coffee shop. I think people are feeling frustrated that these organizations say they represent students when students are not being listened to,” she said.

ORCSA officials did not say what specifically prompted their revised stance on the issues since last Thursday, but McCown speculated that student pressure informed the decision to delay the changes.

“I think that it was a variety of factors: the feedback from a wide variety of students about the project, from student government, from the petition, from individual letters, and conversations that were happening all made it really clear that more of a process put in place is needed to make this kind of decision."

As to whether the Student Advisory Center will ultimately be located in Hallowed Grounds, McCown said the option remains on the table.  Other spaces in the Reynolds Club are also being considered, but the First Floor Theater and third floor offices will be used as a part of an “academic arts initiative involving students,” Daugherty said in an e-mail. No further information was provided at this time.

McCown noted that while the ordeals of the past few weeks were not ideal, he was in awe of the robust student response.

“I think the way that people reacted—by sending letters, by signing petitions, by being engaged—I think that was really great and I think that the administration did respond to that,” he said.