A new year with unresolved endings leaves us lying awake at night. 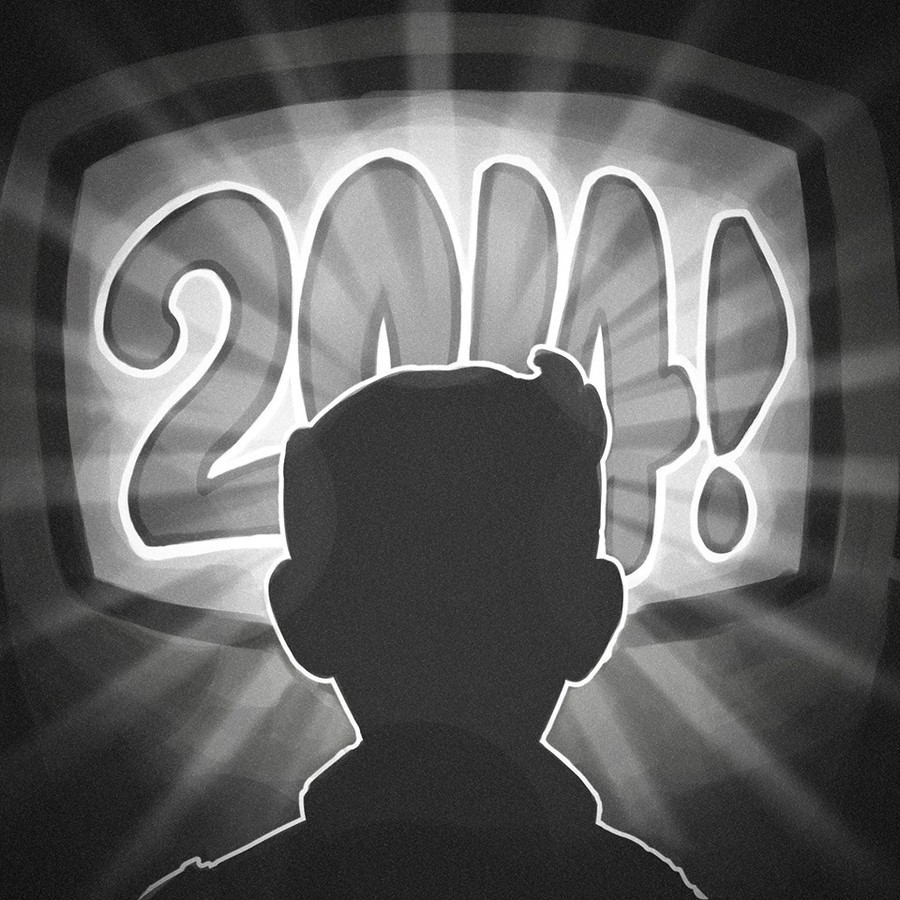 Billions of bright tiny specks of light from a box on the other side of the room crashed into my eyes like a wrecking ball and a dysfunctional simile. The first second of 2014 had already caught me off guard, and the distant sounds of celebration proclaimed a joy that seemed neither inside nor outside myself. It’s pretty crazy, the mix of feelings that can run through your head the instant that a giant ball hundreds of miles away from you reaches the bottom of a pole. Not quite the bubbly anticipation of a future unforetold, nor the somber recollection of days that once were; not quite the emptiness of “Twenty Going on Twelve,” but not quite the kind of feeling that comes with Netflix and Chinese food; but maybe all of them at the same time. In any case, I feel like slapping the face of whichever fool first said that hindsight is 20/20. My year had come to an end without resolution, but the new year was born regardless. Throughout the night, a vision softly creeping lingered in the back of my mind for no good reason, forming the same familiar words. The weight of this sad time we must obey. Speak what we feel, not what we ought to say.

Speak what we feel, not what we ought to say.

“My life is a series of unresolved endings.” The words escaped into the yellow-striped dark night before I knew what they were, and then lingered—festered—in my room because the windows were shut.

Unresolved endings. Is that the way things go? Is each passing moment a diminished triad, a Hum discussion, a confrontation between Batman and the Joker? It’s a banally horrifying sort of existence, to be sure: condemned to be stuck in a state of in-between, always-restless, never-finished. I had always thought that it wasn’t for me to speak of what lies behind reflections or hides beneath shadows, the grotesque affairs of silent things. Most of us choose to live from place to place, day to day. One would think that the absurdity of time is in the way we cut it up, not its continuity. But it’s the latter that drives people crazy. It’s the latter that keeps tired people up at night.

A starting engine outside murmured quietly as if to answer and the yellow stripes flashed red, but the lights faded back to yellow so that all retreated into indecision again. I flip the pillow over. Close eyes. Reposition. Scratch an itch. Scratch another itch. Roll to the other side. Rinse. Repeat. Push. Pull. Sigh loudly. Sit up.

I’m not sure what time it is, not that it really matters. (What seems like) several eternities ago, I learned that the blind man who could see math through an eye patch had passed away with the old year. It makes me wonder about what else he might have seen. Did he ever find x? See something a mantis shrimp can’t? Have time to scribble down, in his final moments and ounce of strength long-indomitable, one last QED, one last cartoon of his head?

At some point, my mind dismisses the night as a giant triviality, as I can no longer afford to think about the space between precipice and artifice which I inhabit. My days may lack closure, but that shouldn’t keep me from being at peace with myself. What use is there in living in mourning for the hours and the years which are outlived by me? If I’m no more than the sum of my misfortunes, is that supposed to make me something less than whole?

Maybe holding on is only easy because it’s harder to let go. Maybe it’s better to live out of strength instead of weakness. The sounds fade into the yellow dark night and become quiet, as Samuel L. Jackson leans by my bedside to tell me what I already know: “Close your eyes. There’s nothing more for you to see here.”

Ken Jung is a first-year in the College.