Chromeo and Kygo get groovy 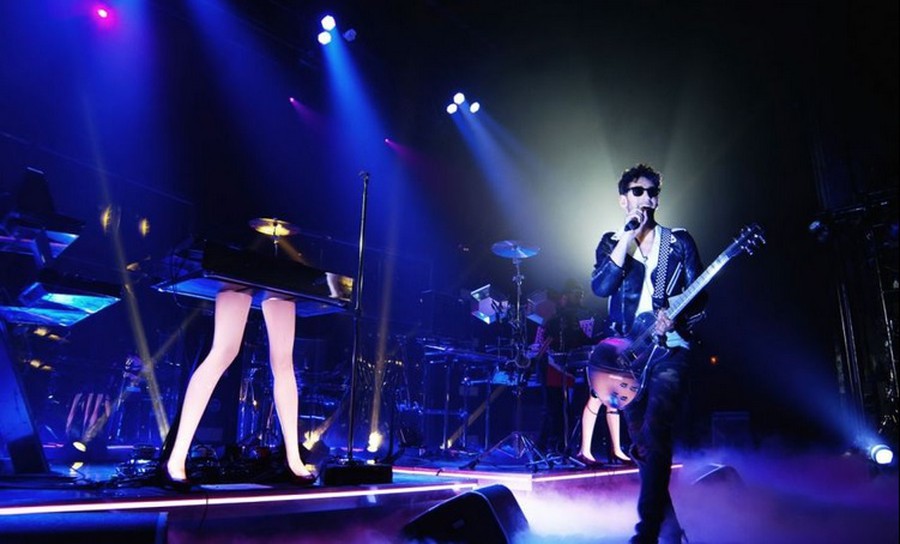 The crowd was a turbulent mass. One guy mentioned—too loudly—that he was having stomach troubles. Ripples of individuals swaying to remove themselves from the vicinity ensued. We were left a neat space of dance floor sufficient for the first moments of “Night by Night,” after the chanting of a much-enthused crowd gave way to a flashy spectacle of an introduction. Naked eyeballs unshielded from rays of piercing light were left throbbing; heat-blind individuals found themselves lacking the proper faculties to address the sudden surge of surrounding fandom. Members of the Chromeo crowd were left fumbling over their own leggy bodies. Finally, David Macklovitch and Patrick Gemayel, aka Chromeo, emerged. The afterimage of hot white light burned into retinas subsided. Stomach problems were forgotten. The funk of a new disco settled thick atop heads and shoulders, and our once-vacant dance floor space was immediately consumed.

After more than a decade of near-anonymity, electro-funk duo Chromeo’s recent success with 2014 album White Women has solidified the opinion that the musicians’ balancing act between tongue-in-cheek goofiness and musical catchiness is masterful. The duo’s playful, bawdy humor manages not to overshadow the sound itself; the rhythmic pop hypnotism blends excellently with dance-worthy deep funk.

A host of synth-laden, groovy tracks spanning the duo’s 12-year career was capped with the recent “Jealous (I Ain’t with It)” and followed by a three-song encore. Favorites “Tenderoni” and “Fancy Footwork” were paired with newer hits “Sexy Socialite,” “Frequent Flyer,” and “Come Alive” to create a show thick and dense that, unfortunately, coming in at just over one hour, found itself lacking in decent length.

If Chromeo’s Friday evening performance is to be characterized by its classy glam, playful humor, and brevity (finishing just after 11 p.m.), Kygo’s Saturday night show at the Concord in Logan Square was the complete opposite.

Kygo’s popularity skyrocketed after he released a remix of Ed Sheeran’s “I See Fire” in 2013. The Norwegian musician didn’t assume the stage on Saturday until it was Sunday, following Thomas Jack, whose sound bears elements strikingly reminiscent of Kygo’s own stratospheric and uplifting music. Finally coming on at nearly 1 a.m., Kygo played until 2:45.

Perhaps Kygo’s most beloved track is his remix of Marvin Gaye’s “Sexual Healing,” which takes the seductive tones of that legendary vocalist and elegantly, almost fragilely, warms them with a calmly grooving backbeat until the sounds soar on top of a pop-heavy, ultra-positive synth vibe. But the most interesting part of the night was doubtless a remix of Seinabo Sey’s “Younger”, whose lyrics, “You aren’t getting any younger, are you?” encourage the surrender of everything beyond the mere moment. They speak elegantly to the theme of the Norwegian producer’s buoyant, incredibly positive aesthetic.

It is surely a difficult task to consume Kygo’s sound without discovering a smile stretching warmly over one’s face, which in fact was the case for nearly every person in attendance on Sunday morning. The mellow, mildly tropical music is comfortable, like a warm breeze; easy and incredibly satisfying, it leaves one feeling clean and refreshed. It’s the sound of carefree youth wrapped up, pushed through the airwaves and into the ear, and translated into brief, pure, lighthearted movement.

When the show was finished, Kygo thanked the crowd and walked to the edge of the stage to shake hands, grinning widely. Nobody left the venue wanting for much more.