Go for the bold 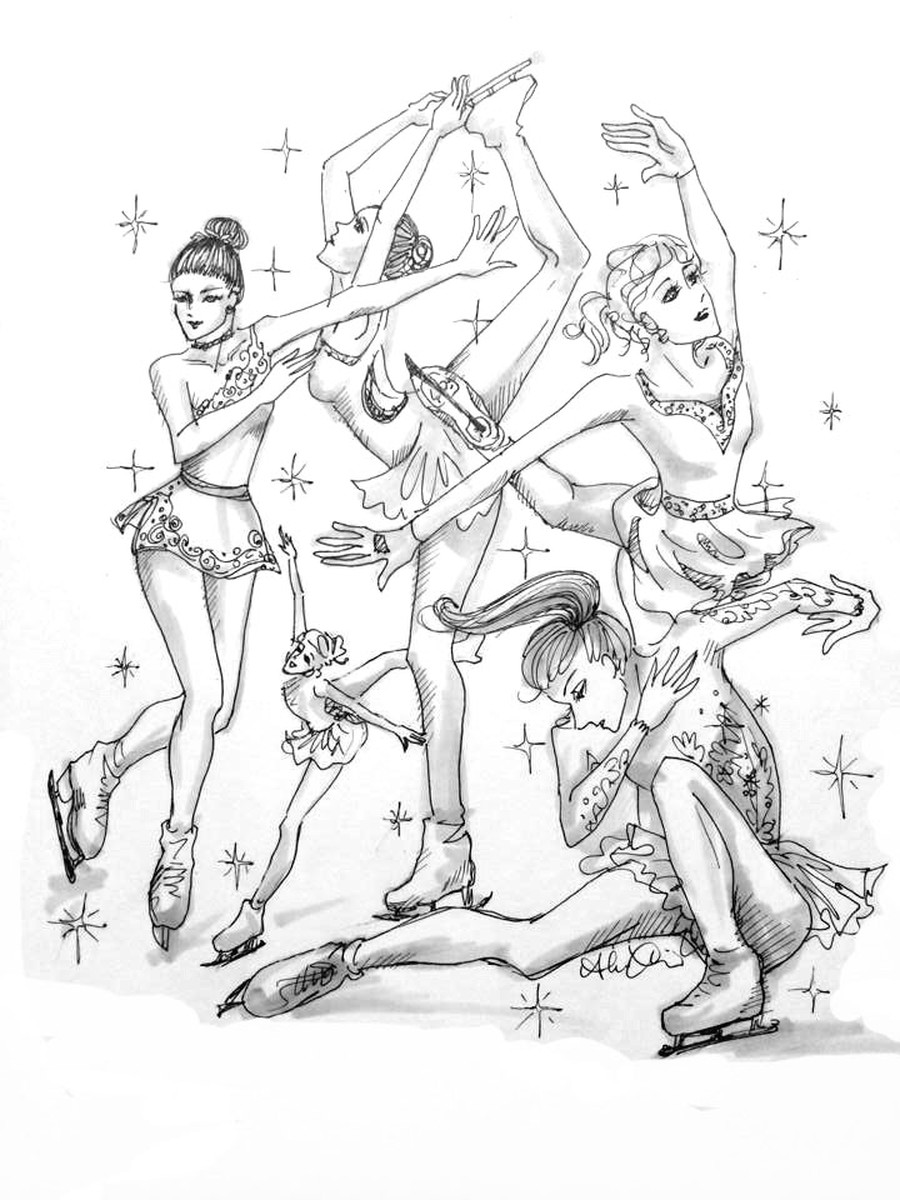 When I watch figure skating during the Olympics, the thoughts going through my mind are usually along the lines of, “Ooh, shiny,” or, “Ooh, pretty.” However, the results of the ladies’ competition last month have prompted an interesting debate on what should be valued more: a difficult but flawed routine or a less technically challenging but clean performance? A skater from the U.S., Ashley Wagner, was especially vocal after the competition about her belief that she should have placed ahead of skaters who had fallen. The question extends to other aspects of our lives: Should risk taking be rewarded even if the execution is imperfect?

If we consider certain other sports, the question might seem silly. For example, imagine if basketball were scored so that you got points even if you missed the basket or if the soccer referee thought you deserved credit for a particularly elegant kick that didn’t result in a goal. But one famous inspirational sports quote is, “You miss 100 percent of the shots you don’t take.” In many sports, there’s no real downside to taking a shot and missing. Sure, you might earn the disapproval of spectators or teammates, but it’s not as though points will be subtracted from your team’s score if the referee thought your shot was appallingly off the mark. But if one is to argue that not making any errors is paramount in judged sports, then there can definitely be a downside to trying if one isn’t certain of success. Likewise, in our daily lives, mistakes tend not to be cost free.

When I was in high school, one type of question I heard quite often at college information sessions was whether admissions officials looked more favorably upon applicants who took advanced courses and wound up with a few Bs here and there, or whether it would be better to have straight As with a less difficult course load. The inevitable answer was that they wanted us to get straight As while taking advanced classes, which is not a particularly helpful response when it comes to deciding what to do. Given the option of being able to perfectly accomplish difficult tasks, I bet most of us would take it. Even without perfect grades, those who take more rigorous classes still benefit from engaging with more complex assignments. Thus, despite criticisms about students just looking to boost their GPAs, it makes sense that high schools often use different grading scales for advanced classes, which mitigates some of the risk of taking on tougher coursework and gets people into the habit of challenging themselves.

On the other hand, the way that higher education is organized nowadays may work against the kind of risk taking that has been encouraged in high school. It’s not difficult to imagine that the very high cost of attendance at many universities leaves students feeling as though they have much less margin for error. Even factoring in financial aid, many students feel the pressure to stick with classes and activities that lead to the most stable, remunerative careers. With that said, it’s unlikely that colleges will consider reining in costs so that students are less worried about the consequences of making choices with longer odds of success—but colleges can also institute other useful policies.

For example, allow students to take certain classes on a pass/fail basis, but the context in which the option is presented may affect how students choose to exercise it. The bulletin (equivalent to a course catalog) for the College of Columbia University states: “The purposes of [the Pass/D/Fail] option are to encourage students to take courses of interest to them outside of the field of specialization and to permit those who have not decided upon a major to test their talents in a particular field that may be of interest.” In contrast, while University of Chicago also allows students to exercise the pass/fail option, its course catalog does not offer similar commentary about its purpose, which leaves students to draw their own conclusions. The impression I’ve gathered from my time here is that the pass/fail option is seen as a way to salvage one’s GPA at the end of the quarter, rather than to encourage one to make bold course selection choices at the beginning of the quarter. In particular, the pass/fail option would be better emphasized as an aid for exploration if pass/fail policies for each class were stated explicitly on our course registration website.

Creating a system that mitigates risk may seem as though it’s enabling mediocrity, but I see it as an investment in the future. We want to encourage people to take on challenges not only because they would derive benefits from being more innovative and skilled—whether that be in a foreign language, computer programming, or really anything else they’re interested in—but also because others can also benefit from the ideas, entertainment, services, or products that they can offer. If people are too anxious about the mistakes they make now, their reaction might be to avoid doing something entirely rather than work hard enough so that they can be even better in the future. Thus, instead of having to choose between valuing challenge taking and quality of the outcome, we can encourage the former to improve the latter.

Jane Huang is a fourth-year in the College majoring in chemistry.