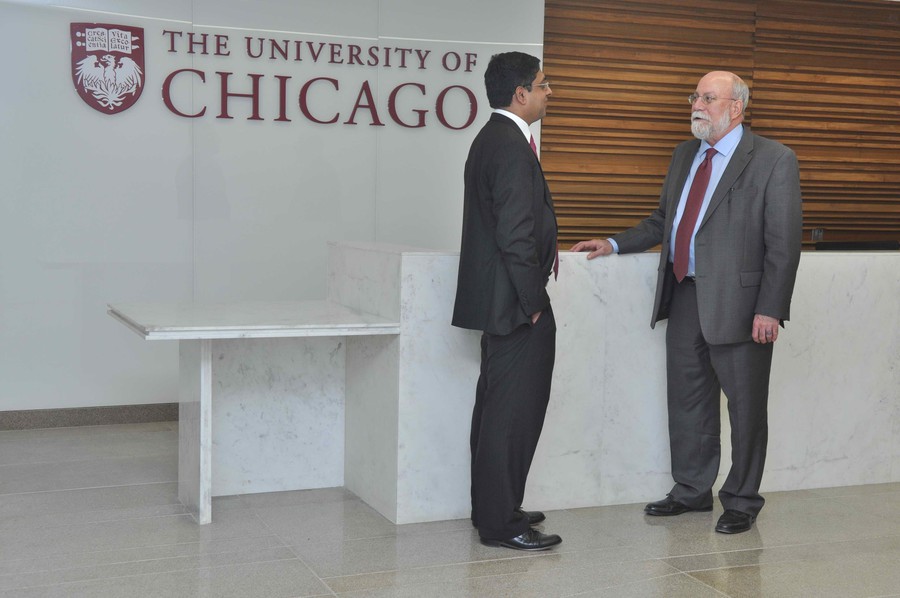 The Center in Delhi opened on Saturday, March 29, in an official ribbon-cutting ceremony headed by University President Robert J. Zimmer, U.S. Ambassador to India Nancy J. Powell, and other distinguished guests. It joins the Centers in Beijing and Paris as a focus of international University education and as a location of undergraduate study-abroad programs.

The Center in Delhi will house research and educational programs for faculty, graduate students, and undergraduate students, with the goal of allowing collaboration between members of the UChicago community and major universities in India.

“We take great pride in this facility and in the commitment it represents to collaboration in India and Asia, and to the University’s larger global engagement,” Zimmer said at the opening ceremony.

According to a call for proposals from the faculty director of the new center, professor Gary Tubb, the center will also host conferences, workshops, events, lectures, and collaborative projects between researchers based in Hyde Park and researchers in India.

For undergraduates, the Center will host the College’s South Asian Civilization study-abroad program in part. Previously the first seven weeks of the program took place in Pune and the last three weeks took place farther south at an archaeological site. According to second-year Jasmine Solola, who will take part in the program this fall, the first seven weeks of next year’s program will still take place in Pune. After that, the program will continue in the Center in Delhi, though the specific number of weeks students will spend in Delhi has not yet been decided.

Tubb said that the Center has no current plans to host a full study-abroad program, but added that they are “open to anything we can do that will be useful to the University.” He noted the potential for language programs and undergraduate research participation at the Center in the future as programs and logistics, such as student housing, are worked out.

In addition, the Center, in partnership with the College Admissions Office, has started holding events for prospective undergraduate and graduate students, giving them information on the University and the opportunity to meet with both current and recent students in the Delhi area. The first of these admission events took place on April 3, during which graduate students were also able to Skype with the Dean of Students of the Division of the Humanities in Chicago. The Center will also host Metcalf internships and treks offered by the University’s Office of Career Advancement, according to the Center’s website.

Tubb praised the location of the Center, saying that it is situated in a burgeoning section of the city.

“The new Delhi center is really ideally located in terms of accessibility and visibility. It’s in a very vibrant neighborhood that’s easy to get to by Metro,” Tubb said.  “It’s a rather difficult location in terms of [housing], and that’s something that we’re working on and trying to gradually line up places.”