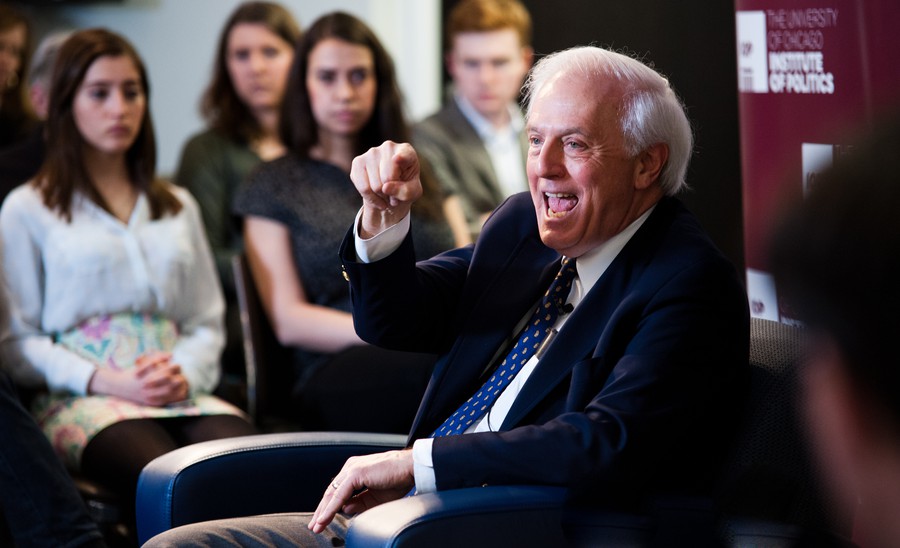 According to Levey, the morals of modern journalism culture have become degraded. As a personal acquaintance and coworker of Woodward and Bernstein, the writers of the Watergate stories, Levey provided insight on the ironic role the successful Watergate investigation has played in fostering this degradation.

“Watergate was perhaps the biggest triumph in the history of journalism, but it has caused a lot of downstream difficulties for journalists, and consequently their audiences. Since Watergate, journalists get into the business for reasons of vengeance, not for the sake of journalism,” Levey explained.  Levey said although the core intention of journalism is to provide unbiased news, people misinterpreted the Watergate publications as a “Democratic hit job.” As a result, they went into the business with the wrong intentions, seeking to attack rather than to accurately report on their subjects.

Levey said that politicians are less willing to divulge information about themselves to the press today as a result. Whereas decades ago it would have been easy to get an interview with a prominent political figure, now “nobody talks to the press except when they think it’ll work to their advantage. There is no friendship [between the press and the political realm]—the relationship is very cynical on both sides,” Levey said.

Levey also spoke about how the Internet and modern social media exacerbate the clash between the agendas of journalists and politicians. He said that the modern journalist’s obsession with “search engine optimization,” or the attempt to get as many hits on an article as possible, compromises the factual and news value of articles in favor of more popular but less relevant character drama.

Concurrently, he said the Internet’s speed of disclosure encourages increased quantities of updates at the expense of thoroughness, and as a result politicians are reluctant to disclose more than one Twitter sentence at a time.

“Now it’s up to the consumer to demand the return of accurate journalism of the old days.... True journalism should be done deliberately, accurately, and ethically,” Levey said.