The Maroons' women's tennis team beat Carleton but then lost to Carnegie at NCAAs. 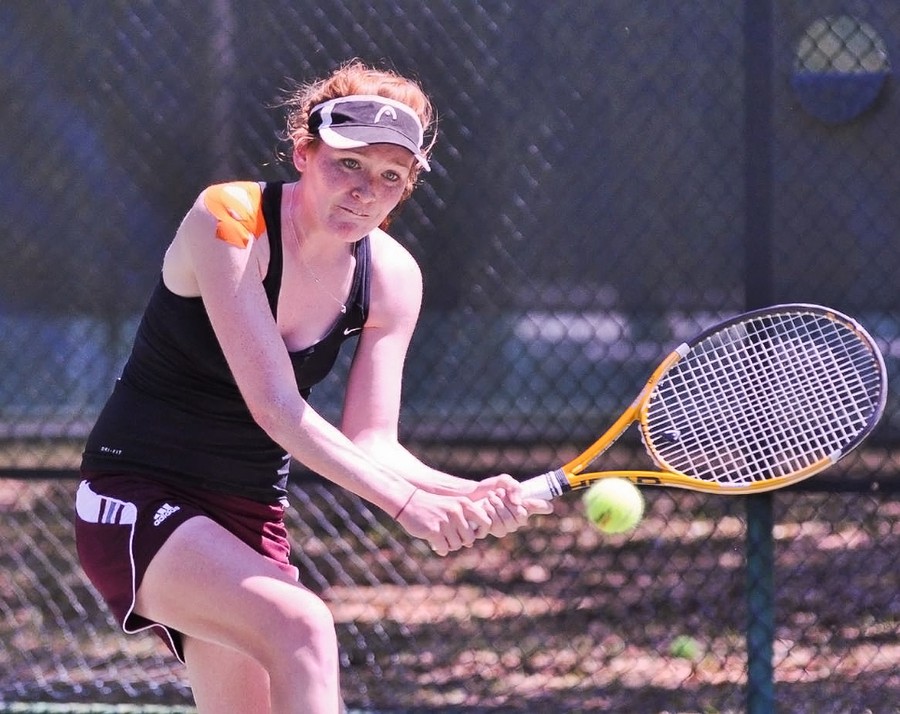 The Maroons hosted the NCAA regional tournament this weekend.

After easily making it through the first day of the tournament with a 5–0 win over Principia on Thursday, the No. 12 South Siders were met with hard-fought challenges in the following days.

On Friday, Chicago defeated No. 28 Carleton 5–2 in its first match.

The duo, which recently qualified for the NCAA Championships, battled hard but could not seem to put the ball away at critical points.

“In doubles, it was just a matter of who made less errors, and unfortunately Tiff [Chen] and I made a few too many, which likely cost us both of the doubles matches we lost,” Tang said. “The Carleton team was able to deal with the wind a little better than us and make fewer errors, while also executing more shots at the net.”

Both Chen and Tang bounced back from their doubles losses to earn wins in singles. At No. 1 singles, Tang had a convincing win over Anne Lombardi, 6–4, 6–1.

Chen, on the other hand, had a hard-fought, three-set match victory over Claire Spencer at No. 2 singles. After a solid 6–0 first set, Chen dropped the second set, 6–4.

“My singles match against Carleton was a test of mental toughness,” Chen said. “Because the sun and wind were difficult to deal with, I had to play smart, especially in tight moments in the third set.”

Chicago dominated the singles matches, dropping only one of the six played. At Regionals, teams only need to win five total matches in order to defeat an opposing team. With two doubles matches under their belt, the Maroons needed to win three singles matches to win the whole thing.

At No. 6 singles, Lee won two close sets to set Chicago up for the win. Chen and Tang’s wins secured the victory for the Maroons. Ramaswami, at No. 5 singles, and Sdvizhkov, at No. 4, were both ahead in the third set of their respective matches when play ceased.

This win sent Chicago to the finals of the regional tournament, where it met up with Carnegie, a fellow UAA team.

The day did not begin as the Maroons had hoped, as dropping two of the first three doubles matches proved to be too much to come back from, and the Maroons dropped three singles matches, giving Carnegie the win. McGillis was the lone Maroon to pull out a singles win. She defeated Nicholle Torres, 6–4, 6–3. The loss ended the season for Chicago.

“As a whole, I felt like we all competed really well,” Tang said. “Because NCAAs were the last matches we had as a team this season, we definitely wanted to implement all the strategies we’ve been working hard on in practice.”

Tang and Chen will continue on through individuals and doubles postseason competition. Tang was one of 32 women selected for the NCAA Championships.

“I’m really looking forward to NCAAs,” Tang said. “In doubles, Tiff and I will definitely work on being more aggressive together at the net, hitting our spots for serves, and hitting our ground strokes more heavily so the net person can get easy volleys. For singles, I’ll be focusing on playing more offensive tennis by hitting my ground strokes deeper and out of the middle of the court.”

The individual Championships begin on Thursday, May 22 in Claremont, CA.