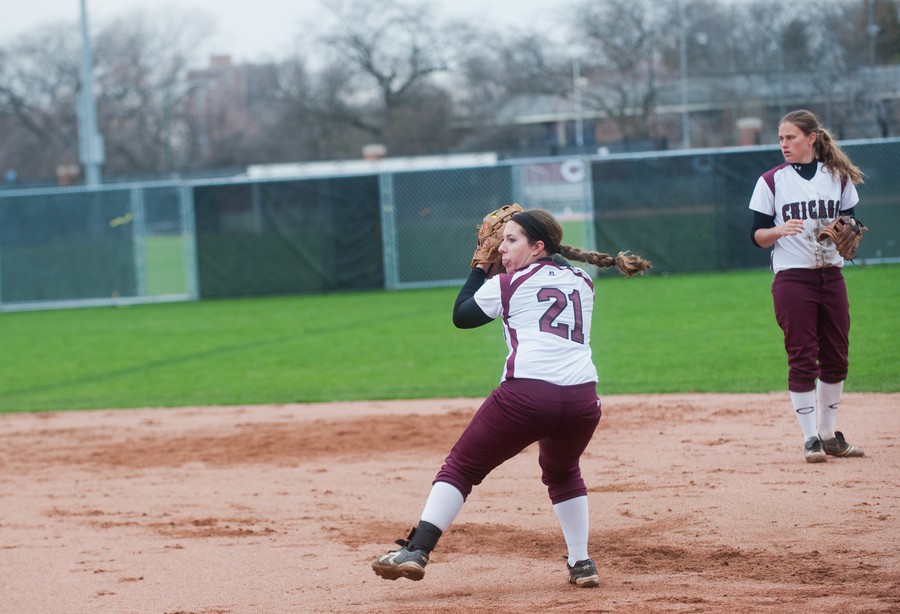 Finishing with a 25–10 record, the Maroons completed their 2014 play this Saturday with losses in the NCAA Regional Championship against Thomas More College (31–12) and University of Wisconsin–Whitewater (35–10).

However, these losses do not detract from the remarkable season the Maroons have had.

“Our team continually rose to every occasion and high-pressure situation,” said second-year first baseman Kathleen Kohm. “We embraced hitting with two outs, and our defense continually shut down opponents’ attacks. This definitely all came from the top down, starting with our seniors and their leadership and relentless desire to win, all the way to our freshmen that stepped up to the high level of collegiate softball. The past weekend certainly was not a reflection on our team or on our ability to play and win softball games. Our success this season absolutely overshadows this past weekend.”

Last Friday afternoon, the South Siders faced Thomas More, resulting in an 8–0 loss. All of Thomas More’s runs came in the top of the third inning. The first five runners reached base, and the team would go on to score eight runs en route to an insurmountable advantage. After the fifth inning, the game ended because of the run rule.

Chicago was eliminated from the tournament on Saturday after its game against UW–Whitewater ended in a 4–0 loss.  It was a battle of the pitchers with second-year Jordan Poole and third-year Tabbetha Bohac leading the way, but the game finished at 4–0, with all four runs coming in the sixth inning.

“So yes, this weekend was frustrating, as we didn’t do as well as we had hoped to,” Bohac said. “We played well but had two bad innings that we weren’t able to come back from. Making regionals, though, was always a goal for our team, so to be able to do that and to host them for the first time in school history was awesome!”

“Clearly, regionals didn’t end the way we wanted it to, but the biggest takeaway is that this was an amazing season with an amazing group of girls… I don’t think anyone is quite ready to admit it is over,” Poole said.

Indeed, the Maroons definitely proved themselves contenders this year.

“I think our team went through a lot of tough situations on and off the field during the winter, and that made us incredibly strong and resilient as a team together,” Kohm said. “We had always believed that our team was the best out there…and once we got to Florida, we just had the chance to show that to the world… our team continued to believe throughout the season, and our resilience showed every day.”

Chicago’s season-ending games reminded the team how important the fourth-years were to this year’s success.

“We had a great senior class this year, and after having the privilege to play with them for the last three years, it’s hard to imagine a team without them next year,” Bohac said. “As far as goals for next year, we are going to feed off the energy from this year and make it back to the tournament.”