And it was all mellow: A tepid defense of Coldplay

Coldplay's latest album is bland and easily palatable. So is Coldplay. And that's OK. 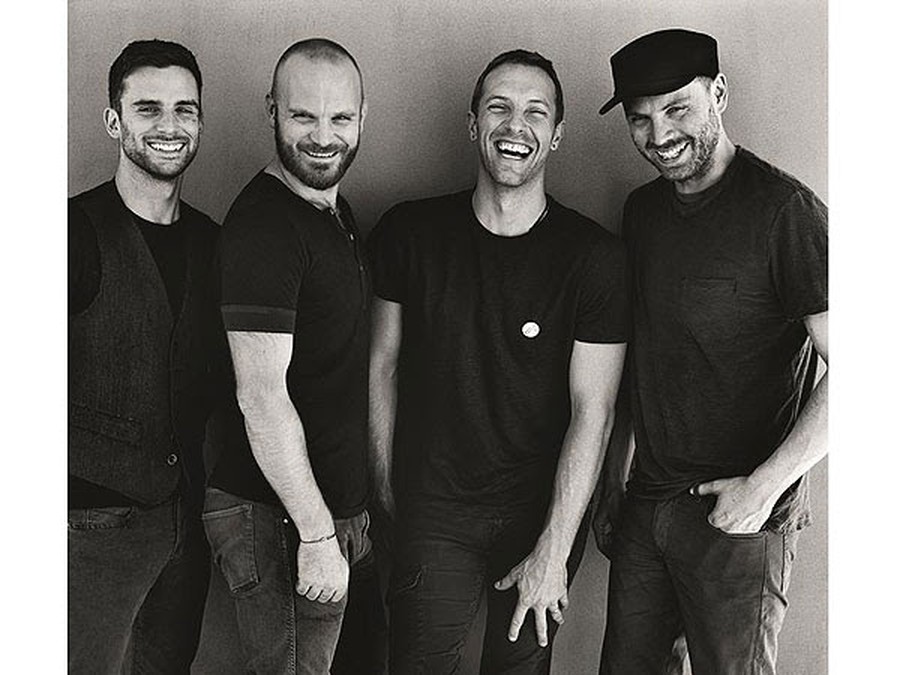 I can believe that the wall of sound that has become the staple of the band since 2005’s X&Y annoys you. I don’t doubt that you find the band, which is enjoyed by preteens and substitute teachers alike, to be very uncool. You may agree with the sentiment, as Steven Hyden of Grantland does, that Coldplay is “a hopelessly white-bread, fatally wussyish band.” Fine. But hate?

Hating Coldplay is like hating cantaloupe. Think about it: At its worst, Coldplay, like cantaloupe, is bland. At its best, it’s sweet and orange and cold and refreshing—try “Parachutes” from their first album of the same name. Have you ever bitten into dining hall cantaloupe and thought, “Wow. I hate this”? No, you haven’t. And you don’t really hate Coldplay, either.

Unfortunately, Ghost Stories, Coldplay’s sixth studio album, leans more toward the “bland” than the “orange” side of things. In fact, I listened to the entirety of Ghost Stories without realizing that I actually had done so. Granted, I had it playing while I was cleaning my room (does anyone actually just “listen” to Coldplay?), but you probably could’ve played Mylo Xyloto for me and I wouldn’t really have known the difference. That’s how little of an impression the new Coldplay makes on the ear, folks. It’s that inoffensive.

And yet I can’t go so far as to say that Ghost Stories is “bad,” or anywhere near hateable. Everything—from the pseudo–Bon Iver synth harmony of “Midnight” to the plodding breakup dirge “Oceans”—is listenable and often quite enjoyable. I particularly liked the shades of R&B in the clap-and-stomp beats of “Another’s Arms” and “Midnight”—perhaps the first signs that post-Paltrow Chris Martin might be going funky in his old age. And if new Coldplay is less U2 and more Ratatat, I will be eager to hear their next outing. At this point, though, Ghost Stories seems transitional: no Viva la Vida, to be sure, but the sign of new and better sounds to come from the aging kings of mall rock.

For the cavemen reading this article, recently revived from cryosleep inside an ice age glacier, “Coldplay” is a soft, soft rock (call them post-Britpop) band from London. The frontman and face of the band is Chris Martin, a rainy-hearted Devonian with a gap-toothed smile and a serviceable Bono impression. They started off under the hilarious name Pectoralz, then they were called Starfish, and then they made it big with a song called “Yellow” under their current name in the year 2000. Since then, they’ve been charming stadiums with some of the most pleasant, soothing, and unremarkable ballads of the last decade.

Turns out that “pleasant” and “soothing” don't do it for some people. "It’s bland", they say, "it’s boring," and, worst of all, "it’s lame." Coldplay have never been very hip: One blogger has them pegged, incorrectly, as one of “the whitest bands on the planet,” (If we’re speaking in terms of audience, and not group composition, that honor could be better awarded to the Black Eyed Peas. Go figure.) But does lack of coolness denote lack of quality or talent?

For contrast, look at another, cooler band: The Black Keys. The edgy, edgy Black Keys: the stripped-down, hardworking, garage band duo, with a “small” fan base of jean jacket wearers and a name that, if found in your iTunes library, would once have made you look cool and not like a happily married father of three. They’ve been in the game nearly as long as Coldplay, they make more music, and their latest album is mostly terrible. Being generous, I’d say that The Black Keys have remained basically anonymous for most of their career because their music is an acquired taste. If Coldplay is cantaloupe, then The Black Keys are durian fruit. Does widespread popularity and universal palatability make you uncool? If so, I believe this is where Chris Martin, were he in one of his less diplomatic moods, would tell you to shove that e-cig up your ass.

True, Coldplay tends to make rather safe music without a lot of hard edges to cut yourself on. There’s no thrash, fuzz, or discernible tremolo. Occasionally there’s a solid drumbeat or a catchy synth line. Naturally, “Lost!”, which features a strong guitar riff (under some loose definitions, it could be considered a solo) was hailed as a revelation. But can a band with no hard exoskeleton leave its mark on the musical fossil record?

Time will tell whether future softcore arena rockers will be compared to Coldplay, rather than to Coldplay’s notable influences—Oasis, The Verve, Radiohead, Kraftwerk. I won’t fault them for borrowing the sounds of their forebears; that’s what bands do. Ben Folds did it to Billy Joel, Maroon 5 did it to The Police, Bruno Mars did it to Breakbot. And Billy Joel. And The Police. But Radiohead, for all of Thom Yorke’s genius, could not have made “The Scientist,” and someday soon an up-and-coming piano rocker is going to vindicate Coldplay as a band to emulate as well as one to fall asleep to.

The Guardian has called Ghost Stories the musical equivalent to “moping about the place in your dressing gown.”  I don’t own a dressing gown, but I am prone to moping around, and I don’t listen to The Jackson 5 when I do it. There’s a time and place for dressing gown music, for well-crafted chords that just sort of wash over you without messing up your hair. And in that sense, Coldplay has done it again. They continue to be the masters of mellow, and the chief producers of uncomplicated, ignore-the-lyrics Scrubs music, of the type that’s great for studying, great for wallowing in self-pity after a breakup or after getting the shit kicked out of you (Coldplay listeners know both feelings well), great for pretty much anything that requires a clear head and a dour disposition.

Not great for contact sports, though. Before rugby practice, put on The Black Keys’ “Lonely Boy” and just rock out.