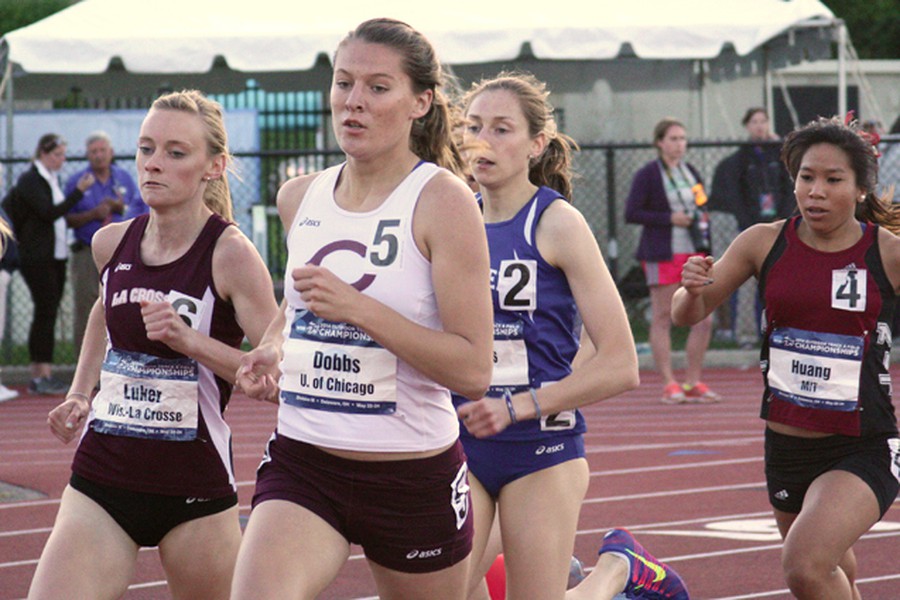 The conclusion of the NCAA Division III Outdoor Championships this past Sunday also put the final touches on what has been a memorable 2014 track and field season for the Maroon men and women.

“It was incredible PR-ing that many times,” Bennett said. “I didn’t think I could still improve by that margin in a single meet at this point in my career.”

After clearing 5.10m, the only remaining competitors were Bennett and Rick Valcin from the University of Dubuque in Iowa. As per the rules, both athletes were forced to have a jump-off for the national title with the bar set five centimeters higher at a daunting 5.15m. Bennett commented on his mentality going into the sudden death finale.

“By the time it went to a jump-off, in my mind I was just thinking whatever happens happens, I’ll be happy with the result,” Bennett said. “I thought that if we both missed and the bar was lowered by 5 cm, I would have a chance because of my consistency, although that’s not what happened.”

Bennett did not have a chance to exhibit the consistency he demonstrated over the course of the season, as Valcin was able to clear the bar on his first attempt while Bennett did not.

First-year Michelle Dobbs picked up where Bennett left off on day two of the championships by placing eighth in the 800-meter preliminaries and qualifying for the finals the following day.

“I knew that the top two in each heat qualified,” Dobbs said. “And although my heat had some other very fast runners in it, I was confident in my ability to be able to finish strong.”

At Saturday’s finals, Dobbs finished in fifth with a time of 2:09.91, almost a full two seconds faster than her time the previous day.

“I planned to get out hard and settle in behind whoever was leading, and just fight to stay in the race the rest of the way,” Dobbs said. “The race went very similarly to how I had imagined, and I was very happy with the personal best that I got out of it.”

The meet had an added significance for both athletes on top of the already charged atmosphere. This was Dobbs’s first outdoor competition on the national stage, having already raced at the indoor competition in her first season this past March. Dobbs found this competition to be much more comfortable than her indoor nationals in Nebraska in the winter.

“There were a lot of nerves from the pressure of being at my first Nationals that came into play in Nebraska,” Dobbs said. “Outdoor, I have a much better feel for how to race.”

Bennett, meanwhile, was out to defend his top finish at the pole vault from the indoor national competition.

“I didn’t really do anything different to prepare,” Bennett said. “I knew I still wasn’t the favorite (I was the fifth seed again) and would have to really perform to be in the hunt for the title.”

Most importantly, both athletes have a significant amount of time to improve on what are already shaping up to be impressive bodies of work in the seasons ahead and hope to take their collegiate careers to even greater heights.

“Going forward, I think I’ll be more comfortable competing on a collegiate stage and know what to expect from my races,” said Dobbs. “I’m looking forward to another great season with the cross country team next fall, and we’ll have some high goals we’re striving toward throughout next year.”