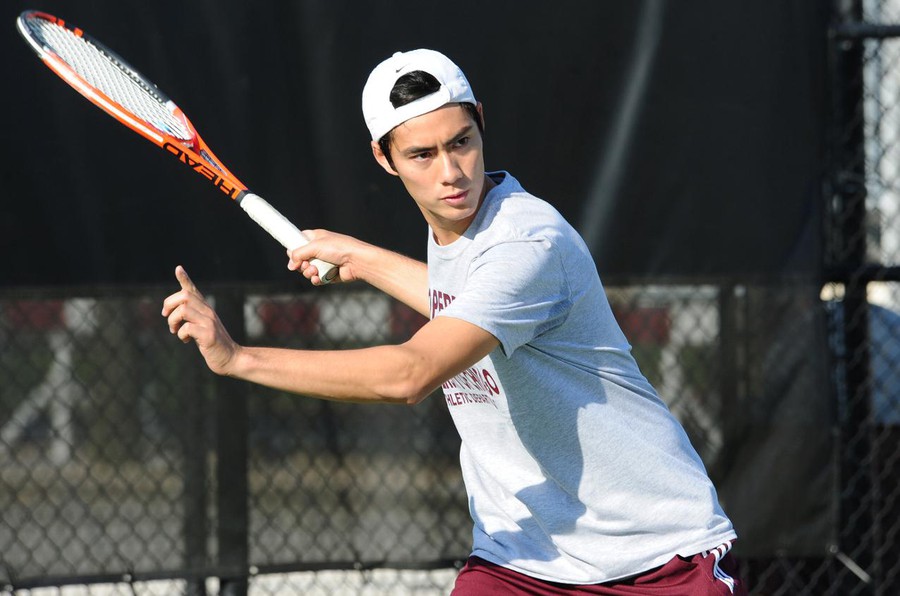 After falling to DI DePaul last weekend, the Maroons (0–1) will be looking to show the DIII realm what they have to offer this year in their first divisional match against Coe this Saturday.

The match is the first of the winter season for the Kohawks, who come into the season ranked No. 35 in a preseason poll. With a game under their belt and the cobwebs brushed away, the Maroons will look to capitalize on their slight edge.

“Yes, going up against a good team like DePaul last week definitely represents an advantage for us, as the first match of the year usually brings out some things to work on and that match was no different,” fourth-year Deepak Sabada said. “We worked on those things during practice this past week and feel good about the upcoming weekend.”

Coe picked an ambitious first-game challenger in Chicago, which comes into the season ranked No. 17. On top of this, the Maroons boast the No. 1–and No. 27–seeded singles players in the country and the No. 4 doubles team.

Sabada, who partners with first-year David Liu to create the No. 4 doubles team in the country, knows these rankings have little impact on who will come away victorious this weekend.

“David [Liu] and I had great results as a team together in the fall and we are looking forward to continuing that success throughout the winter and the spring,” Sabada said. “We don’t really pay a whole lot of attention to the ranking of the doubles team we are playing as we know that any team that plays the number one spot in doubles for their school is going to be a tough match for us.”

First-year Nicolas Chua, who currently is at the top of the charts in singles play, echoed the need for continuous improvement and maintaining a humble approach to the game, a task that would be beyond many rookies entering their first season ranked number one in the country.

“For me, preseason couldn’t have gone much better. As a freshman, people didn’t know what to expect when they played me,” Chua said. “Now that most teams know me, it’ll be even tougher to pull out the victories and I know I’ll have to train even harder to maintain my spot. I like knowing that there’s a target, though, because it serves as good motivation. I’m not looking to give up the crown any time soon.”

The South Siders travel to Cedar Rapids, IA to compete Saturday. The match begins at 11 a.m.