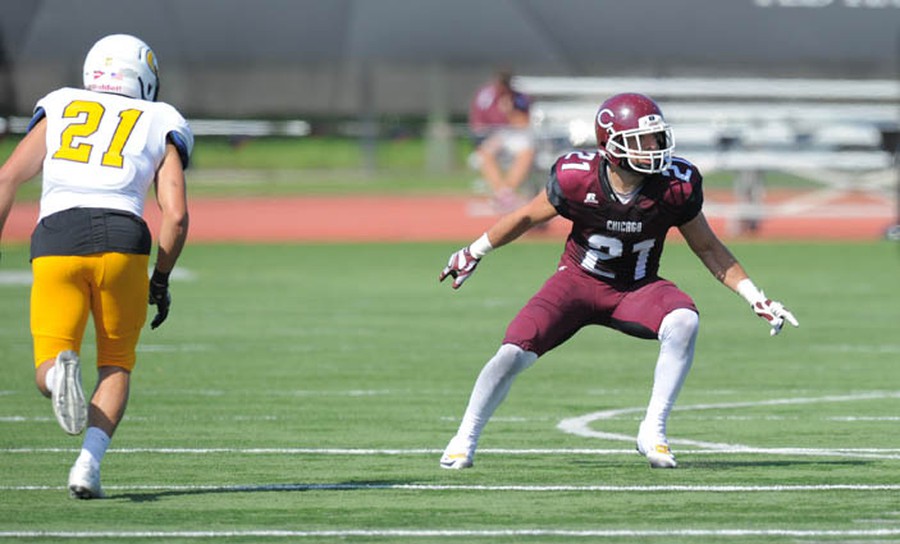 Vincent Beltrano, the football team’s fourth-year defensive back, is more than meets the eye. One of the team’s captains, he leads them with four interceptions and has already recorded 55 tackles on the year. However, what he’s done off the field has garnered national attention.

Beltrano, who goes by Vinnie, was informed at the beginning of the year that he had been selected to the Allstate AFCA Good Works Team. The team is comprised of 22 college football players (11 from Division I, 11 from all other divisions) who have made positive contributions to their communities and the lives of others.

“It’s unbelievable,” Beltrano said. “It’s something that I never would have thought would be an opportunity coming here. Even when I was nominated, I thought it was a long shot. I was fortunate enough to receive it, and I consider it a blessing.”

The Allstate AFCA Good Works team was created in 1992 to honor college athletes who demonstrated “the importance of community service and volunteerism.” Having been selected by prominent members of the college football media, the 22 members of the team will go to New Orleans for New Year’s weekend, where they will be honored during halftime of the Sugar Bowl. One member will then be named captain of the team as voted on by the fans at ESPN.com.

While Beltrano is receiving the selection for the work that he has done this year, community service is nothing new to him. When Beltrano was a first-year, he co-founded the University of Chicago chapter of Project Rousseau along with fellow footballer Ian Lazarus. Started in 2011 by Columbia student Andrew Heinrich, Project Rousseau works to help underserved youth by providing academic and personal mentoring. The organization currently has 17 chapters at universities across the nation.

At the UChicago chapter, students from Hyde Park Academy will be matched with a student in their respective year at college, who will offer guidance, advice, and friendship as the teenagers navigate their way through high school. “We’ve taken kids to events around home and to sporting events here,” Beltrano noted. “ [We provided] mentorship for standardized and school tests. We’ve had a barbecue event where we relax and allow them to open up and develop a relationship.”

The program has grown massively since its inception, with dozens of UChicago students acting as mentors this year. Hyde Park Academy has also given its support to the program after having reservations for the past few years. “I don’t think the relationship was symbiotic at first,” Beltrano admitted.  “However, they understand now that we are there for the betterment of these kids and that we want to see them grow and develop and progress into both excellent students, but maybe more importantly, excellent women or men.”

Beltrano now serves with Denaë Rollet as co-president of the UChicago chapter of Project Rousseau, but he has been exposed to much more than he expected when he began his work three years ago. “One of the most sincere effects it’s had on me is when one of our mentees passed away,” Beltrano confided. “That was kind of my eye-opening moment. We’re really working with very serious, specific, and drastic cases here. Kids who have struggles in their life that fortunately I don’t have, but I can help alleviate some of those problems in their life by just shooting a text or hanging out with them once a week or being a guidance for them when they might not have that.”

Beltrano is set to graduate at the end of the year. However, he sees the work he has done living on both through UChicago students and the kids who make it through the program. “If my student goes to college, he can become a voice of Project Rousseau,” a hopeful Beltrano envisions. “When he goes back to Hyde Park Academy, they’ll say, ‘He’s going to college. He’s going to be a professional. He’s been able to get away from the violence and drugs and bad that surrounds this community. I want to be like that.’”