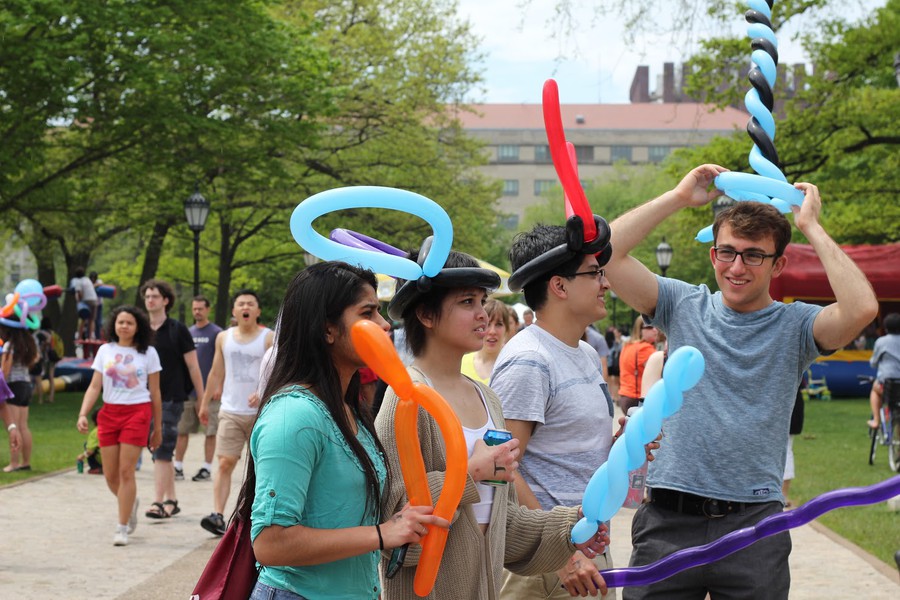 On Saturday, University students and members of the public enjoyed the festivities of Summer Breeze, the annual on-campus event that combines a free public carnival with a ticketed concert. The day’s events all went off without a hitch, which was impressive given the threats of thunderstorms and the large number of inebriated students.

The carnival began at noon and ran until 5 p.m., and included balloonists, cotton candy, grilled hamburgers and sausage, and a steady supply of Monster brand energy drinks. The concert, which sold out to an excited crowd of 2,225, opened its doors at 5:00 p.m. sharp. The concert ran into the late evening and featured a lineup of artists Madeon, T-Pain, and Azealia Banks.

Given this apparently seamless presentation of many events, Breeze-goers might be unaware that the event is actually coordinated by two RSOs, each of which plans its efforts independently of the other; the Council on University Programming (COUP) organizes the carnival, while the Major Activities Board (MAB) organizes the concert. However, this division of labor also means that the events are funded independently, and there is not necessarily a close working relationship between the two groups.

Fourth-year Natalya Samee, the chair of MAB, said that while she would like to work more closely with COUP, this is made difficult by the separate purpose of both organizations.

“COUP’s events…are broader in scope than MAB’s, which specifically focus on bringing premium acts in music and comedy to campus. MAB would love to collaborate with COUP if either of us came up with an interesting, thoughtful way to do so. But it’s apples and oranges—the focuses of our work are very different, so such opportunities have not arisen,” Samee said.

Cuyler Lam, the COUP entertainment chair, also said that COUP and MAB did not work closely on programming for Summer Breeze.

“At Summer Breeze, [COUP and MAB] shared a set of Allied Barton security officers that were at both events, had the same on-site medical personnel, and worked together to create T-shirts that incorporated design elements from each group’s branding…but the concert and the carnival are two separate entities, and the PR for each group’s event is completely different,” Lam said.

According to Lam, COUP spent approximately $45,000 on this year’s carnival, while Samee said that MAB spent $140,000 on the Summer Breeze concert. These expenses covered entertainment, refreshments, and marketing. Lam said that the largest share of the COUP money went to a wide variety of entertainment, which included balloonists and inflatables, among other attractions. COUP contracted these services from Bass/Schuler Entertainment and Record-a-Hit Entertainment, two Chicagoland-based companies that COUP has hired in the past.

“We have a lot of personal connections and long-standing relationships with these companies; we don’t really outsource [beyond them]. Our goal with the carnival is to create new directions and presentations for the events that we have, but a carnival has many mainstay attractions from year-to-year,” he said.

Samee did not disclose line-item expenditures or what each individual performer at the concert was paid.

Both Lam and Samee said that this year’s Summer Breeze was a success.

“I can say in full confidence that the event went smashingly, despite a few minor hiccups that we’re working to address [for next year]. Our partnership with Alpha Phi Omega and Colleges Against Cancer resulted in a $230 donation to the American Cancer Society; that alone is a success,” Lam said.

“This is the best response to Summer Breeze I’ve seen in my four years here. I could not be prouder of my board’s work and dedication throughout the entire process,” Samee said.

The Maroon's Photo Essay of Summer Breeze can be found here.