“It is only in bringing diverse perspectives…that we can work towards the future that Dr. King imagined.” 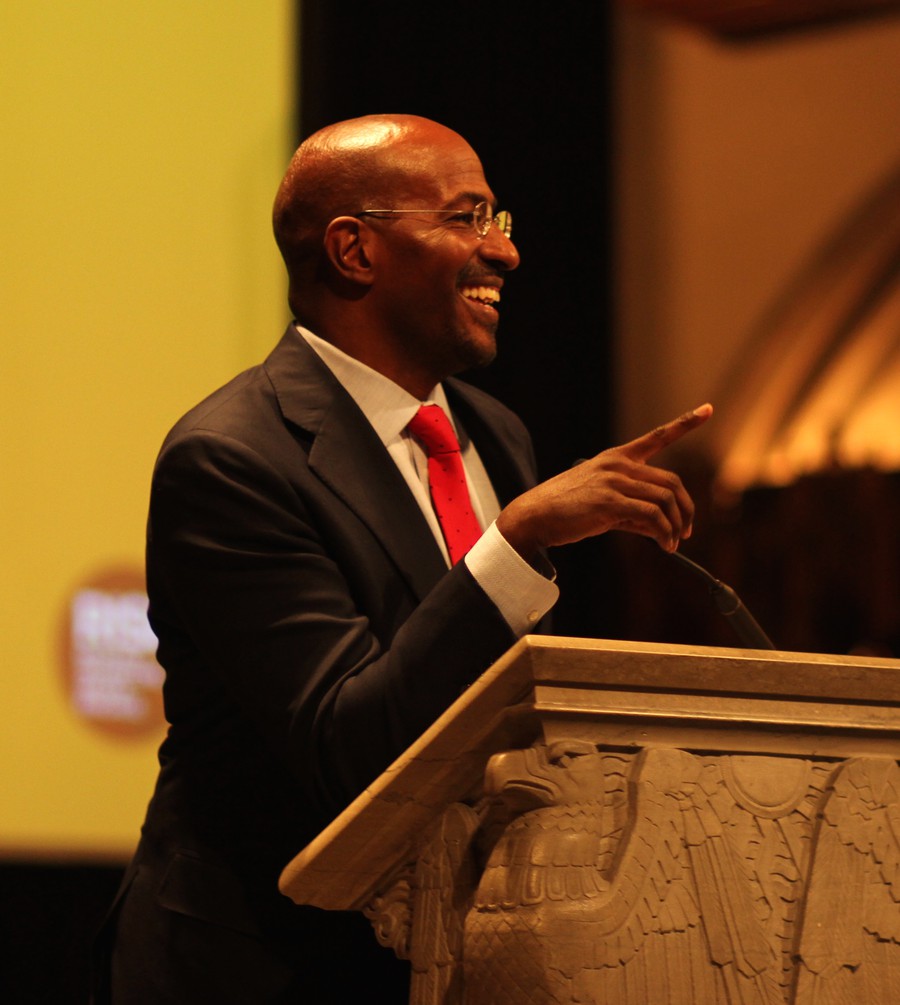 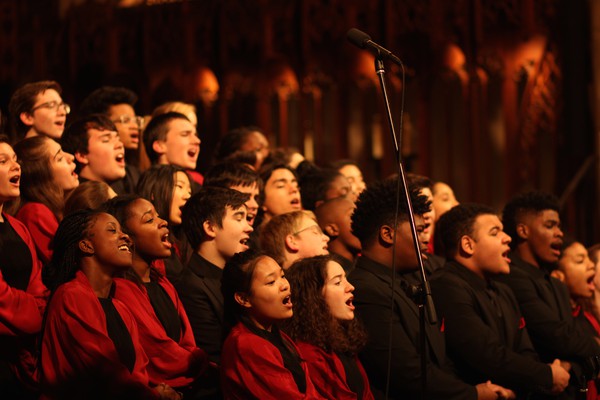 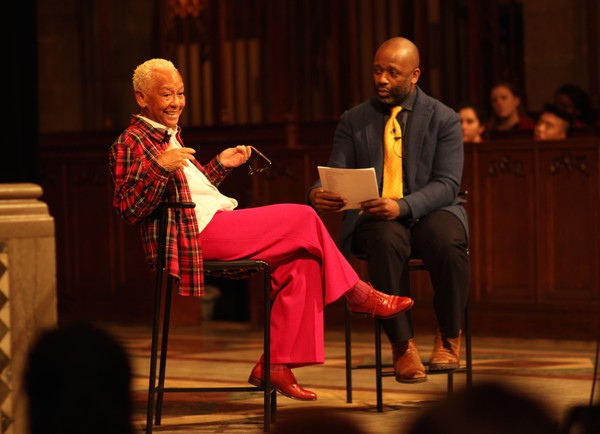 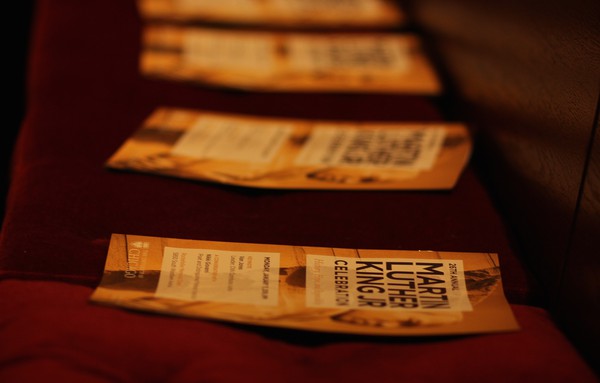 The evening began with introductions by Stephanie Greene, president of the Organization of Black Students (OBS), Carlos Cardenas-Iniguez, Ph.D. student in the Social Sciences Division, University President Robert Zimmer, and Divinity School Dean of Students Teresa Hord Owens. In his remarks, Zimmer noted recent initiatives the University has undertaken in order to build and support a diverse student body, including the newly launched No Barriers financial aid program and the creation of the Center for Identity and Inclusion.

“It is only in bringing diverse perspectives…that we can work towards the future that Dr. King imagined,” Zimmer said.

The evening was interspersed with performances by the Chicago Children’s Choir, whose final emotional performance of “We Shall Overcome” brought the audience to its feet.

In a conversation with Theaster Gates, professor of visual arts and director of Arts and Public Life, Giovanni intimately discussed race, poetry, and growing old.

Giovanni’s comments touched on controversial issues and cultural debates, including police brutality, the Bill Cosby scandal, and marijuana legalization. Throughout her conversation with Gates, her humor and wit prompted frequent bursts of laughter and rounds of applause from the audience.

Jones, who followed Giovanni, said he felt humbled to be in her presence before launching into his keynote address. In the speech, he recounted the history behind some of King’s famous speeches and repeatedly mentioned the overlooked role of women in the civil rights movement. Later, he touched on current political issues, including his criticisms of privatized prisons. His address ended on an optimistic note.

The celebration was sponsored by Campus and Student Life, Civic Engagement, the Center for Identity and Inclusion, the Institute of Politics, Rockefeller Chapel, UChicago Creative, and the Vice President of Communications.