Tennis to Be Tested in Final Tournament 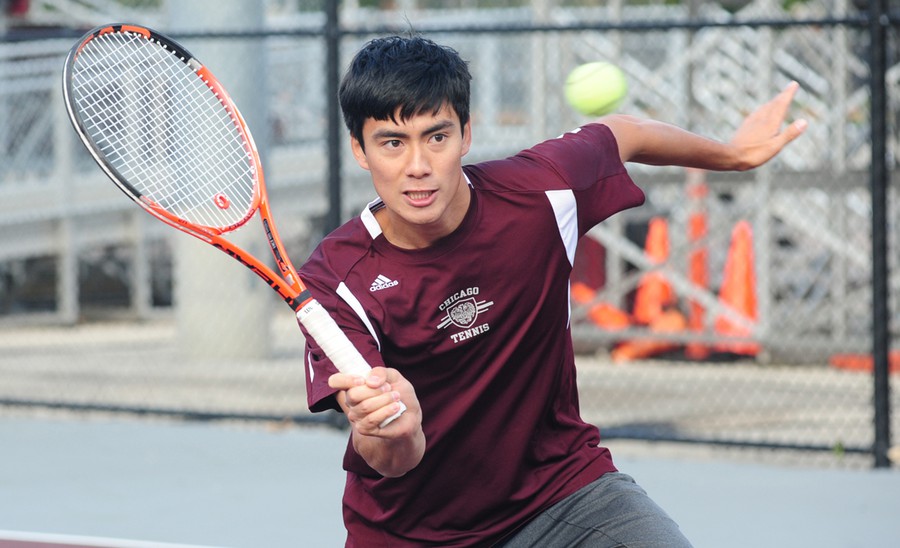 Third-year Nick Chua commented on the hot start to the season, but also mentioned the team’s end goal when he said, “Obviously this is a great start but we need to keep working in the off-season to make sure we’re all playing at the level we need to achieve our goal of winning a national championship.”

The dominance displayed by the South Siders was truly unprecedented. At one point at the Midwest Regionals, the Maroons were 33–0, and their first loss came when one member of the team had to play another. The Maroon men also had three teams in the doubles semifinals and three individuals in the singles finals. Third-year David Liu eventually won the 128-man tournament by defeating teammate and classmate Peter Leung 6–3, 6–2. The team of fourth-year Max Hawkins and first-year Tyler Raclin defeated the team of first-years Ninan Kumar and Erik Kerrigan 6–2, 6–2 in another all-Maroon final.

The Oracle Cup is the premier fall tournament in tennis. Hosted in Surprise, Arizona, the best of the best come together in one of the most competitive tournaments of the year. Liu seems ready for the challenge. He commented on the Oracle Cup competition saying, “the intensity will be unparalleled” and that “every match will be competitive.” Liu even surprised himself with his play so far this season. “I came into preseason with shoulder and elbow injuries, and my regional tournament was up and down. I got lucky and really found my stride towards the end of the tournament when it mattered.”

Liu also came up huge in the regional, steamrolling his way through the competition all the way to the finals. Liu’s doubles partner, Chua, commented on his play. “Dave has a great chance of winning the whole tournament. The Oracle Cup really suits his strengths as a player,” he said. Chua also commented on the team of Hawkins and Raclin when he said, “It will be a good testing ground for Raclin, but if they play at the level that they have been, they could go all the way.”

The Oracle Cup kicks off on Thursday, October 13, and continues until Sunday, October 16. The singles commenced yesterday but resulted in a loss for Liu, the lone representative for the Maroons. However, the third-year has a chance to take fifth place as he takes on Nikolai Parodi of Claremont-Mudd-Scripps at 8:30 a.m. on Friday. The Oracle Cup concludes an amazing start to the season for the men’s and women’s tennis teams. The tennis teams get back on the court in February in preparation for the ITA DIII Team National Indoor Championships.