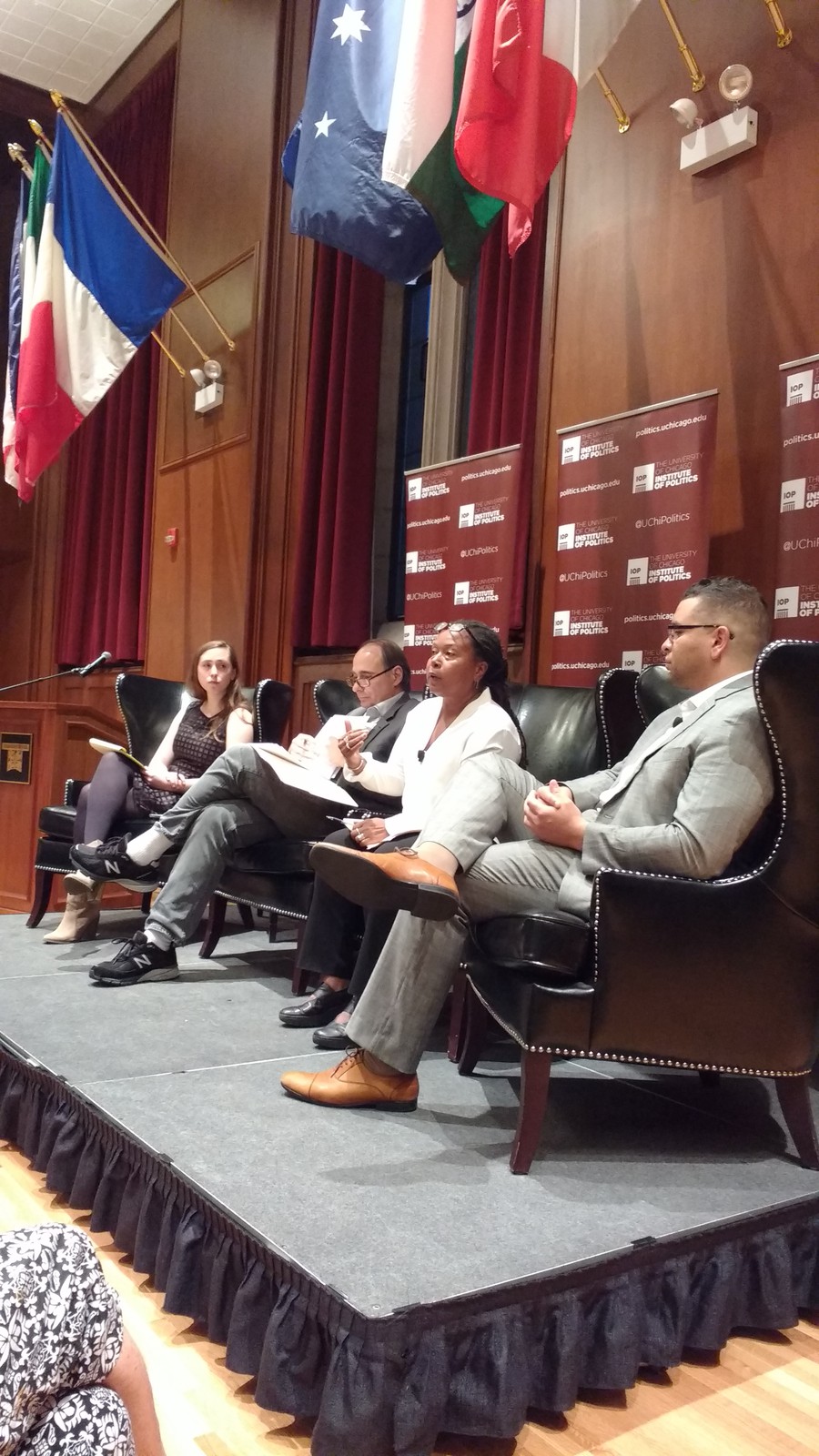 A panel was convened Monday to discuss the the Genforward survey and its findings.

A collection of politicos looked at a new poll and the millennial vote in the impending 2016 election at an Institute of Politics (IOP) event Monday.

In 2005, Cohen founded the Black Youth Project, which works with the independent research organization Associated Press-NORC at the University of Chicago to conduct the GenForward survey. The monthly poll targets around 2,000 voters 18–30 years old and oversamples for Latino, African American, and Asian American populations, Cohen said.

“Quite often polls do not include an adequate number of folks of color, and we’re trying to correct for that,” Cohen said.

Because the GenForward survey is conducted on a monthly instead of an annual basis, questions can be more topical, Cohen said. Issues polled have included support of the Black Lives Matter movement and views on public education.

In the June survey, GenForward asked participants whom they voted for in the presidential primaries. Results ran contrary to the “Bernie myth” propagated by the media, which pitted white male “Bernie bros” against southern African-American millennials voting for Hillary Clinton, Cohen said.

“This is an example of how polling changed what the narrative could have been,” Cohen said. “What would have happened if the press would have gotten that story right? If we had thought about the Obama coalition among young people as gravitating around Bernie?”

“This is a dispiriting election,” Axelrod said. “It’s very hard to get motivated simply by your distaste for the other candidate.”

During the Q&A portion of the discussion, University of Chicago Laboratory School high school history teacher Naadia Owens asked how she can prepare and excite disillusioned students for future elections.

In response, Axelrod said, “I think what we can’t do is surrender to this notion that it doesn’t make a difference, that it’s all futile.”