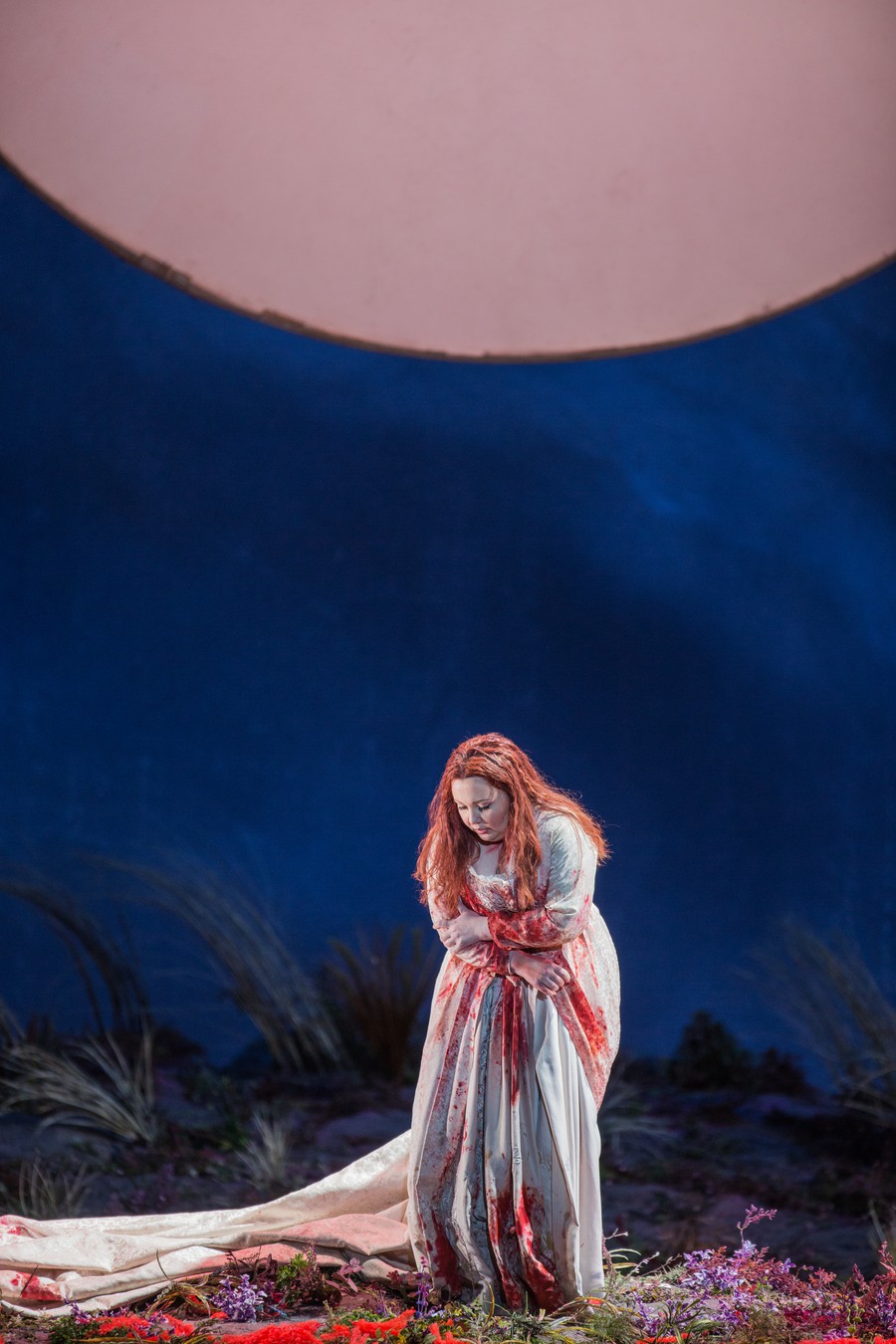 I’ll get to Lyric’s new-to-Chicago production of Gaetano Donizetti’s Lucia di Lammermoor in a bit. (I loved it.) First, a bone to pick.

A good friend of mine—an ardent devotee of Wagner—once explained to me the tragedy of bel canto (“beautiful singing”) operas like Lucia. “This is the problem with the Italians,” he declared, “Everything they write sounds the same.” True. A handful of musical tropes defines the genre, from paint-by-number arias (invariably written in solita forma) to those interminable act finales (how many codas does a man need? Sheesh). A fondness for simple harmonies and upbeat tempi don’t help: The difference between duels and love scenes, in many cases, is the libretto.

Bel canto can be uniform—but it can also be uniformly beautiful. In Lucia, Donizetti draws from his singers some of the most exquisite melodies ever written, from Lucia’s chiaroscuro entrance (“Regnava nel silencio…Quando rapito in estasi”) to her cathartic mad scene (“Il dolce suono”) to Alberto’s heart-wrenching suicide aria (“Tu che a Dio spiegasti l’ali”), Donizetti’s music is generous. We can’t help but indulge in it: An ocean of sound wraps the body; a vision of beauty nourishes the spirit.

All this despite a two-penny melodrama of a plot. Lucia (Albina Shagimuratova) and Edgardo (Piotr Beczała) have fallen in love despite the bitter animosity between their families. Her brother, Enrico (Quinn Kelsey), wants Lucia married off to cement a political alliance: While Edgardo is away in France, she is tricked into signing the marriage papers. He comes back, denounces her, she goes mad, stabs her husband, everyone dies. 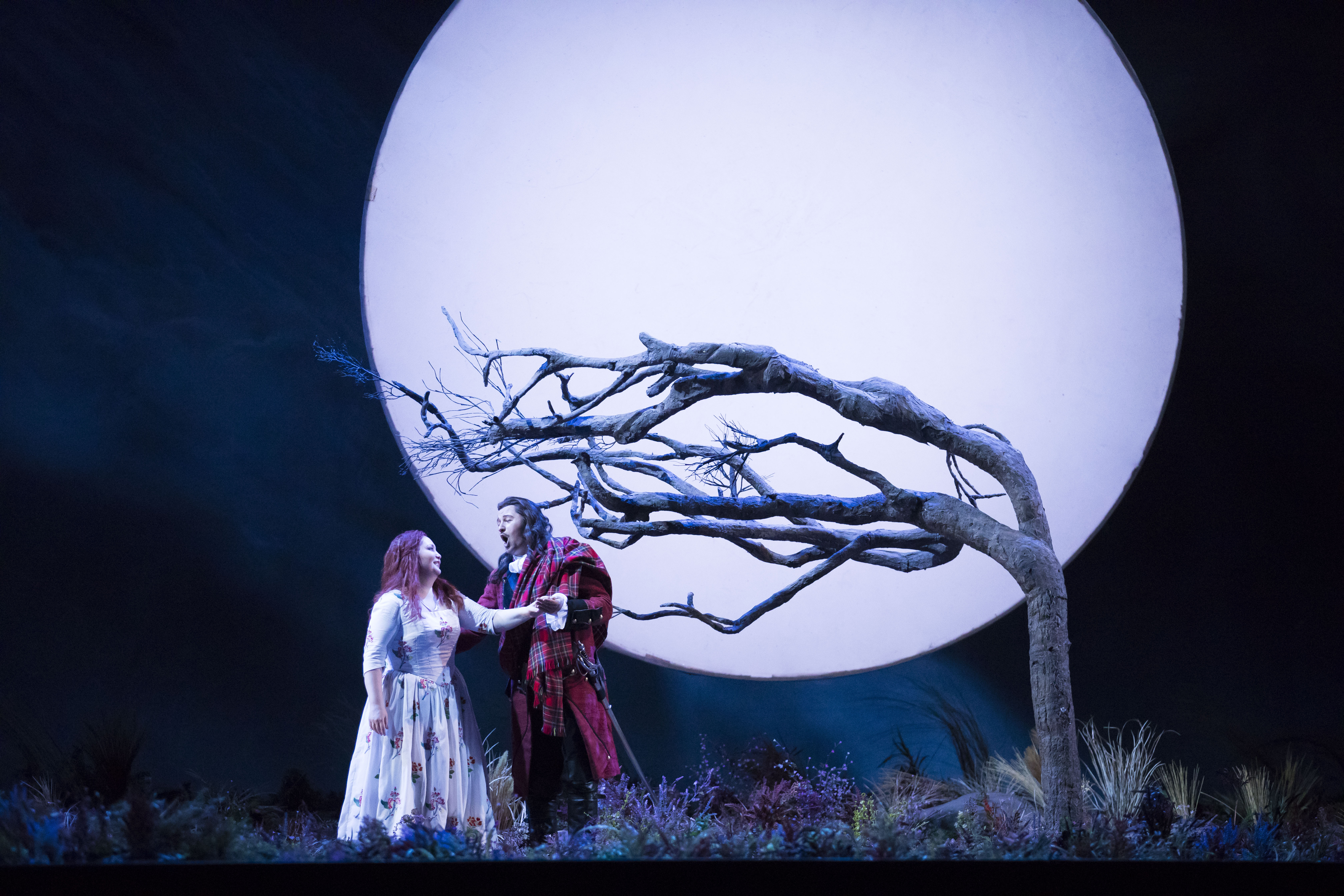 I reveled in Shagimuratova’s Lucia. Her soprano glowed with a burnished, silver luster consistent across her stratospheric range: Her coloratura fell on the ears like so many stars from heaven, each note perfectly lucid and bell-like in tone. From entrance to final E6-flat (a real doozy after two full acts of singing) Shagimuratova remained in peak form, her voice fresh and organic like produce from the farmer’s market.

Central to the opera is Lucia’s infamous mad scene, in which she hallucinates her wedding day with Edgardo after stabbing Arturo to death. “A heavenly harmony, do you not hear it?” she sings, “Ah, they are playing a marriage hymn!” We hear a ghostly tune in the flutes, joylessly chipper and eerily hollow. Shagimuratova moved as if terrified by her own ecstasy—combined with her consummate musicianship, the effect walked a line between pathos and awe. The pleasure is that of watching gymnastics. Here, Donizetti composes a sky-high sing-off between soprano and flute (the flute loses). Replete with runs, leaps, and trills, this passage is bel canto at its most brutal. An operatic Simone Biles, Shagimuratova delivered on the floor in Olympic fashion—equal parts art and power.

As Edgardo, the Polish tenor Piotr Beczała proved an able match for his prima donna. His voice poured forth amply and without reserve, imbuing their love scene in Act I with an ardent mellowness. Yet Beczała could also swap fire for extraordinary tenderness, as in his suicide aria. “Oh, my beautiful soul in love,” he sings, “Let your true lover ascend with you.” Edgardo has stabbed himself: A lone cello underscored his melody, its mournful warmth like the ebb of his lifeblood. Soft and radiant, Beczała’s tenor saturated the theater—if this music all sounds the same, how can it affect so deeply?

At best, Graham Vick’s production was ungimmicky; at worst, it was lazy. His vision of Lucia was that of a bleak moor lit by an oversized moon—because Scotland—with gray, cloud-streaked panels to define interior spaces. (Bel canto without a single change of scene feels cheap.) Stage directions kept with his minimalist vogue: The singers moved with pleasing economy, if at all. I vastly prefer this “park and bark” approach to the hand-wringing that passes for method acting in opera.

However, Vick’s concept felt overly parsimonious at times. Nobody danced at Lucia’s wedding—instead, Vick treated us to several scintillating minutes of signing papers. I get it: political marriage, loveless, heteropatriarchy, all that. But indulge my male gaze a moment. Bel canto deserves glam: In the final scene, where morning light breaks over the moor, it gets a glimmer.

Conductor Enrique Mazzola kept the Lyric Orchestra supple throughout the evening, infusing Donizetti’s score with appropriate energy and flourish. If his tempi felt at times too quick, his remarkable dramatic imagery more than compensated for the rush.

The verdict? Stunning leads and solid musicianship carry a rapturous Lucia at the Lyric, which feels at home in its bel canto wheelhouse. This coming season is heavy with grand opera warhorses. If Lucia is any indication of what’s in store, opera newbies and aficionados are in for a treat.

Lucia di Lammermoor plays at the Civic Opera House through November 6, 2016. Student tickets go for $20 through Lyric's NEXT program.

"...a voluptuous fantasy on the death of Anne Boleyn, second wife to Henry VIII."