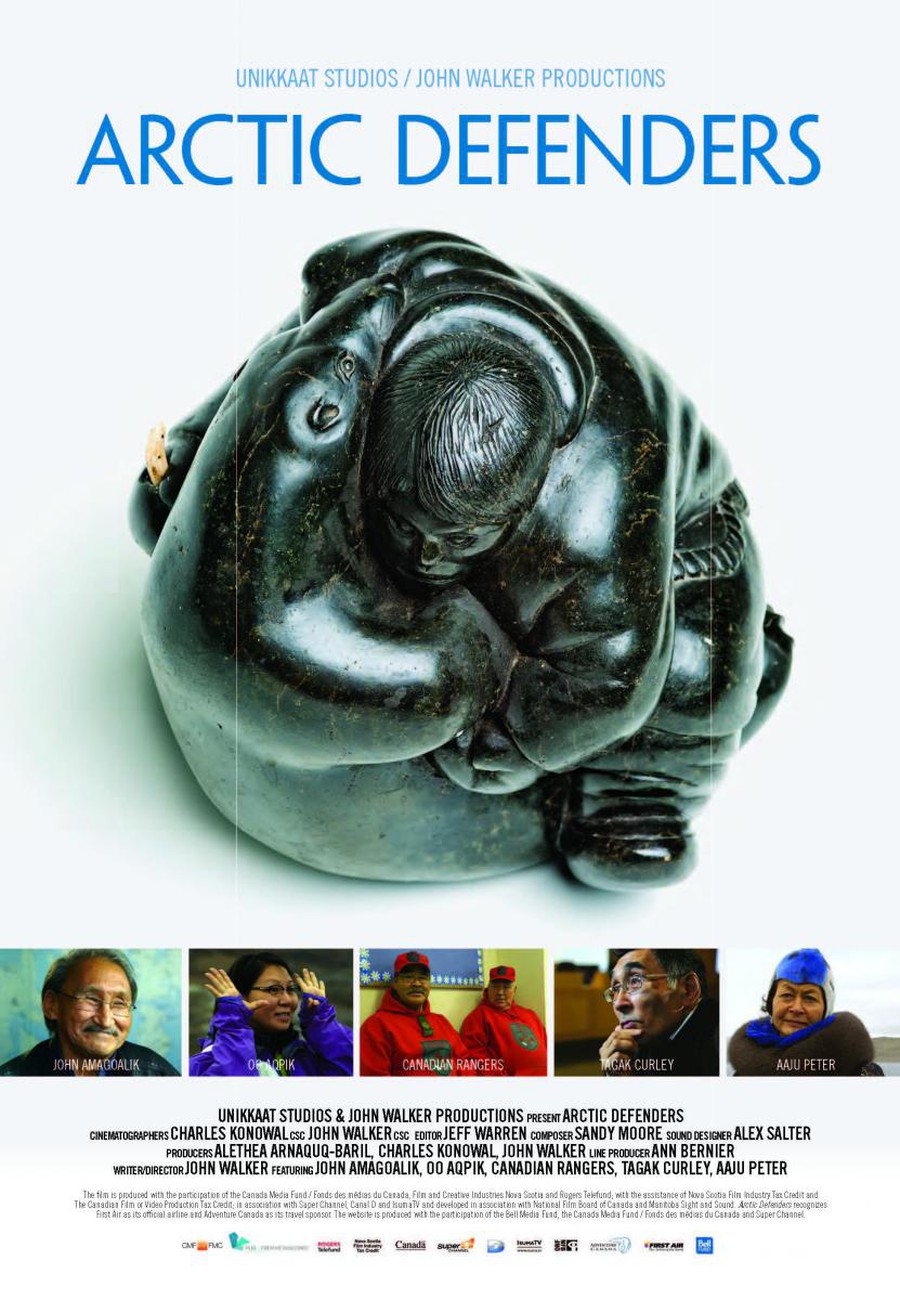 The poster advertising the film shown at I-House.

Global Voices, an organization that hosts speakers, discussions, and seminars, premiered a documentary on the Inuit community and its fight for land claim with an Inuit activist guest speaker.

Aaju Peter opened up the event with a traditional lamp-lighting ceremony common in the Inuit community. Following the ceremony, Arctic Defenders, a documentary on the Inuit fight for land claim and the salvation of their language was screened.

The documentary, which was directed, narrated, and written by John Walker, starts with Walker’s first memory of the Inuit people. Although he first learned about them in school, he first encountered them as a 16-year-old working on a supply ship as a summer job.

He said that his encounter with the Inuits differed greatly from what he had expected. His prior knowledge had come from watching films of the Inuits commissioned by the National Film Board of Canada. He would later learn that much of the Inuit community was relocated to the High Arctic in order to preserve Canadian sovereignty. During this time, a group of Inuits was fighting to claim their land and to get representation in Canada’s parliament. This discovery gave him the inspiration to make Arctic Defenders.

The relocation of the Inuits started with the Arctic Oil Exploration which began in the 1950s. The Canadian government asserted control over Resolute Bay where oil was located; this area was the home of many Inuits. The Inuits in Resolute Bay were moved 2,000 kilometers farther north from their home on Inukjuak. The Canadian government provided the Inuits with neither supplies nor shelter, so they had to adapt to the new territory quickly.

From the late 1960s to the 1980s, the newer Inuit generation began questioning the Canadian government. Inuit leader Tagak Curley formed the Inuit Tapirisat of Canada (ITC), which translates to the “Inuit Brotherhood of Canada.”

After a decade long fight, the ITC was able to gain control of 35,000 square miles of land for the Inuit community. This agreement, known as the Inuvialuit Final Agreement, was signed on June 5, 1984. The ITC negotiated for Nunavik land claims from 1976 to 1986. The ITC supervised the Inuit Committee on National Issues created in 1979 which fought for Inuit representation in the Canadian constitution.

Although an agreement was reached, there are still struggles within the culture and community. From the 1960s to 1990s, an assimilation process took place. English was the only language taught at school. Many teachers were from southern Canada, where Inuit traditions were largely unknown.

“You have to start the children, the small children, to speak in their own language in order for the language to survive, there is only one daycare that is run in Inuktitut,” Peter said.

Peter was then asked how the Inuit community would make its voice heard. “We are a territory and we take part on the international stage for a very small number of people. We have a very big voice per capita, and we make our voices heard,” Peter responded.

"So there I was, bent over the desk, and I saw an extraordinary flash of light out of the corner of my eyes behind."