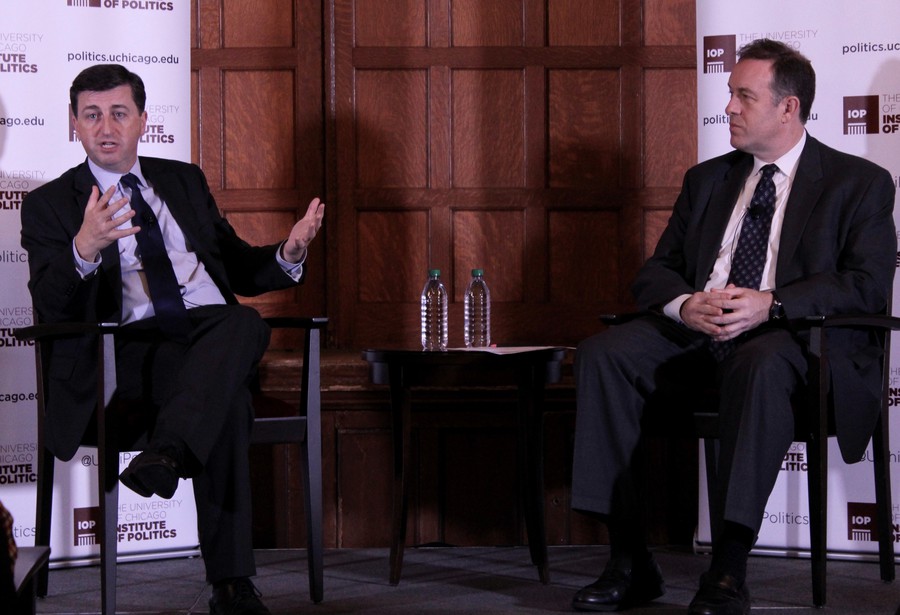 A senior foreign policy figure from Britain’s Labour Party gave his take on the two great political upsets of the age—Britain’s exit from the European Union and the election of Donald Trump—at the Quadrangle Club on Tuesday.

Douglas Alexander, who served as Labour’s Shadow Foreign Secretary, the British Minister of State for Europe, and Secretary of State for International Development, participated in a discussion moderated by Phil Levy, a Senior Fellow at the Chicago Council for Global Affairs. The discussion focused on the causes and likely effects of Brexit and a Trump presidency.

Levy began the discussion by suggesting a parallel between the recent U.S. election and the June vote on Brexit. Both states, Levy suggested, will now see the effects of their political decisions. Levy asked whether the lead voters in both groups knew what it meant when their vote prevailed.

“I think it’s always a good starting place to respect the voters,” Alexander said. He explained that he is innately skeptical of people who believe that voters did not know what they voted for when the result is something they disagree with. He provided the example of the June Brexit vote where 52 percent of the British public voted to leave the European Union (E.U.). Alexander reasons that the objective of the vote was clear, but what is not clear is what will occur because of this referendum decision.

The vote probably will mean the reassertion of controls over Britain’s borders, which Alexander explained would be the end of the free movement of workers. Alexander, who is anti-Brexit, claimed that this reassertion of border controls plays into the rising xenophobic sentiments in the U.K. and the E.U. at the moment.

Alexander believes that the outcome of the Brexit vote was influenced by three forces that were similar to the ones that he believes were present in the U.S. presidential election: “economic anger, cultural anxiety, deep alienation from politics and how politics has been conducted.”

Alexander responded to a question about the differences between the political parties in the U.S. and the U.K. “It’s interesting. I live on this side of the Atlantic and I see a Republican Party and a Democratic Party that are both, in their own ways, quite split on whether the future is the way of a wall. Whether globalization should be recognized for its opportunities principally or for the jeopardy that it represents.”

Alexander said that those divisions also exist in the Labour and Conservative parties in the United Kingdom.