The Maroon men's tennis squad continues to dominate, defeating Augustana 9–0. The wins bring Chicago to 17–1 in singles play this season and they remain undefeated. 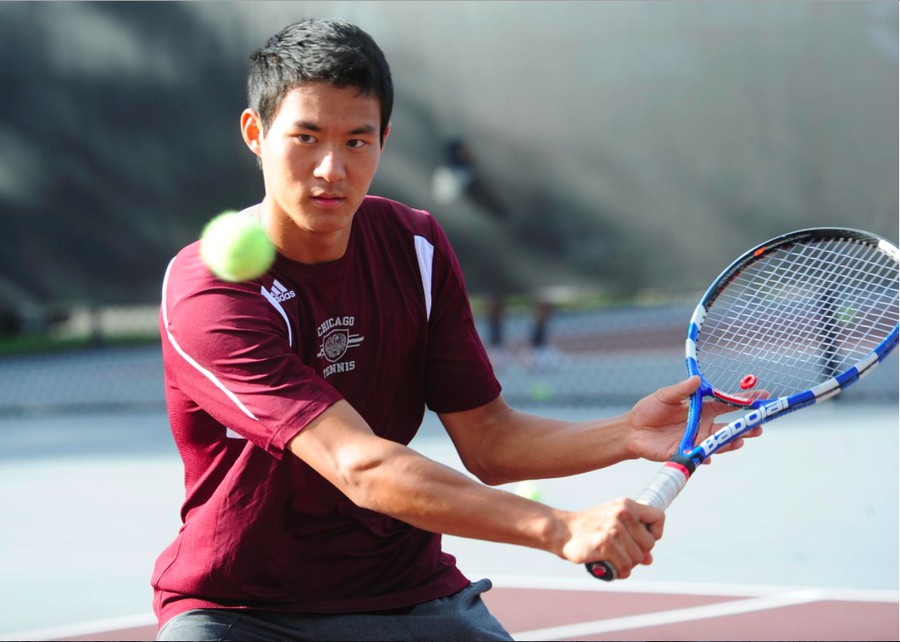 This Saturday, Iowa was not only a busy place for candidates gearing up for this election cycle’s first caucus, but also for the Chicago men’s team as it traveled to Cedar Rapids to face off against Coe College. The Maroons cruised to a rather comfortable sweep of Coe 9–0 to start off a DIII matchup. Ranking played an important factor. The Maroons are ranked No. 6 and are currently 2–0 while the Coe Kohawks are ranked No. 36 at 0–1.

Chua had a positive outlook on the team’s performance and on the future of the program this season. He said, “It was good for us to come out and take as many matches as we did. We

really took it to them in singles, which I was happy about, but we have a lot to work on. We’re moving in the right direction, but we really want to take advantage of these next few weeks of practice to get ready for ITA Indoor.”

Leung said, “Coe College was our first DIII match that counted towards rankings. We were not nervous at all going into the match because we knew we were prepared. The results obviously showed this.” He also mentioned that “this match was a little different because every match counted. Coe College agreed with us to count every single lineup spot toward the total count to get more matches in for our and their lower lineup spots. The amazing thing is that everyone showed up on the court mentally and physically and fought their hearts out for this team. I look forward to playing again next week and have high hopes for the season.”

In doubles play the Maroons also swept their opponents. The duo of Chua and Liu was pushed to the limit in a 9–8 win. Pei and Leung had an easier time with an 8–3 win, as well as the partnership of third-year Sven Kranz and fourth-year Gordon Zhang, who did not drop a game on their way to an 8–0 win.

Zhang said, “It was a great first road trip for us to play two quality opponents. We have

been practicing extremely hard the past few weeks and it showed these past two days. It was great preparation for our two big upcoming matches against Kenyon and Whitewater, where we will play them at home.”