Lesbians, Guns, and a Dead Dog in a Handbag: Cocked at Victory Gardens 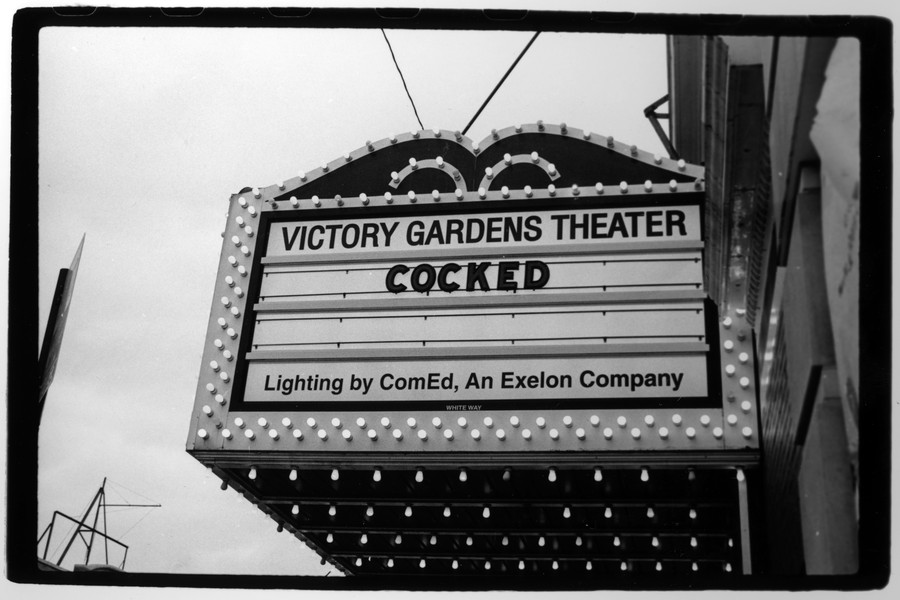 “One must never place a loaded rifle on the stage if it isn’t going to go off,” Anton Chekhov famously wrote. “It’s wrong to make promises you don’t mean to keep.”

In Cocked, a new play at Victory Gardens Theater in Lincoln Park, playwright Sarah Gubbins does more than keep her promise: the gun itself becomes the catalyst of the drama.

An interracial couple living in trendy Andersonville, Taylor (Kelli Simpkins) and Izzie (Patrese D. McClain) epitomize twenty-first-century yuppie life. Through their work, they are both invested in social justice—Taylor as a righteous lawyer and Izzie as a journalist covering violence on Chicago’s South Side. Izzie has a gym membership; Taylor a seemingly endless collection of well pressed suits and jackets. Even their apartment is pristine, as if straight out of a Pottery Barn catalogue.

All goes awry when Taylor’s brother Frank (the scene-stealing Mike Tepeli)—trucker-hat-clad, with a one-way ticket from Iowa City—barrels into their home, a handgun stowed in his duffel bag. Over the course of the play, Frank shatters both their apartment and their relationship like a rowdy child let loose in a glassworks shop.

Ultimately, however, Frank’s intrusion into their lives doesn’t as much breed conflict as simply unbury it. We learn that far more pervasive problems brew, repressed, under the women’s veneer of a perfect, North-Side life: Izzie’s persistent fear of their seemingly sociopathic neighbor, for example, and Taylor’s shameless infidelity.

As warranted by its subject matter, Cocked is darkly hilarious. One moment, you laugh at Frank’s ill-fated home improvement projects; the next, a chill runs down your spine as you grapple with the ethics of owning a firearm in a city practically synonymous with gun violence.

Although Gubbins masterfully manipulates her audience, Cocked has its weaknesses. The writing isn’t consistently tight; during the first scene, characters seem to lazily play catch with a reserve of stock phrases. It also too often relies on tired tropes: the dumbass brother who never grows up, the exasperated older sibling, the compassionate yet impressionable third party who moderates the two. At times, it feels as if Gubbins bestows her characters with just enough substance to ferry along the plot and promote her social critique. 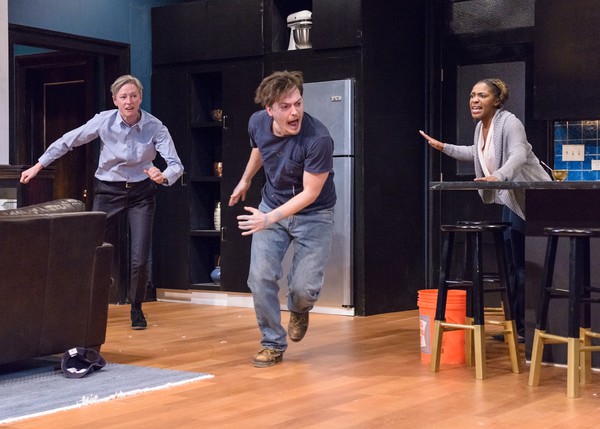 And if anything, Cocked is jam-packed with social critique: everything from homophobia to the media’s impersonal coverage of gun violence to police brutality finds a place in Gubbins’s play. As their relationship with their ex-marine neighbor grows increasingly fraught, Taylor and Izzie consider calling the police. But, as Izzie must point out, it’s her word against a white male’s—even on the North Side, institutionalized racism will prevail. They don’t call.

Gubbins’s writing shines most, however, when she showcases her characters sans agenda: in Cocked’s most memorable scene, Taylor delivers a gripping monologue about her affair with a coworker, and Frank tells the story of the unrequited love that drove him to Chicago in the first place.

Gubbins’s three-person drama demonstrates how easily fear and prejudice can lead to violent escalation, inexorably building to a Hitchcockian, Rear Window-esque climax. Cocked forces even “progressive,” violence-shunning viewers—the Taylor and Izzie in all of us—to ask themselves: what would it take for you to own a gun?

Taylor parrots the sentiments of many an audience member at the play’s climax, when she discovers Izzie with a handgun. “We don’t believe in guns,” she insists, shaking her head in dumbfounded denial.

Izzie sighs. “Guns exist,” she says. “And those people with the guns? They’ve won.”  B+