South Siders Look to Swing their Way to Weekend Victories 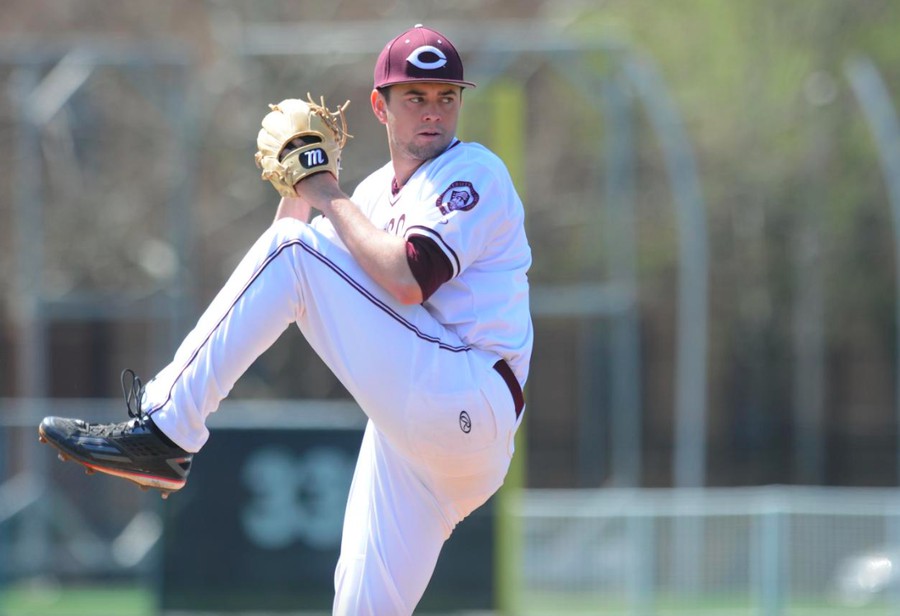 The Maroons will gear up for two doubleheaders this weekend against Robert Morris–Peoria and Lawrence. The squad is heading into the weekend with a record of 6–8 through the first half of its season. After a doubleheader against Robert Morris–Peoria on Saturday, the South Siders will face off against a 6–6 Lawrence team that is looking to get an ERA above .500. In its last meeting in 2011, Chicago bested Lawrence in a 24–2 blowout.

In a doubleheader last Sunday, Chicago went 2–1 after a win against Elmhurst and split against UW–Platteville. The Maroons defeated Elmhurst College by a score of 9–3 on Wednesday. The pitcher for 6.2 innings of the game, who led the team to the win, was first-year Joe Liberman.

On Sunday the Maroons beat UW–Platteville 5–1 under a full pitching performance from fourth-year Lucas Friss. Friss struck out eight batters while only giving up one run. After this stellar performance, the UAA named Friss Athlete of the Week the following day. Out of his 26 pitched innings this season, Friss has struck out 30 batters and currently has an impressive ERA of 1.04. The veteran leadership of Friss could be a huge factor in the squad’s success this season.

Second-year Max Larsen and first-year Ian Bohn are making a case for the underclassmen, as they accounted for two hits each during the Maroon’s victory over UW–Platteville. Larsen and first-year Josh Parks currently led the team in scored runs at nine a piece. Pitching struggles, resulting in a 13–4 loss after a hectic third inning, plagued the second game of the doubleheader. Chicago switched up its pitcher five times during the game as they searched for a rhythm that they ultimately couldn’t find.

Lawrence is coming off two wins against Crown College during their spring trip. Although the team started the season with a record of 1–6, the Vikings are currently on a five game winning streak. However, first-year starting first baseman Brady Sarkon said the team is feeling optimistic and confident about the upcoming games.

“I think we are expecting nothing less than two wins against Lawrence on Sunday,” Sarkon said. “We have done some really exciting things this season, and we are going to be a scary team when we start putting it all together. I don’t see any reason why that won’t happen this weekend.”

Expectations are also high based on this past week. “We have had a great week of practice, and I expect us to come out rolling this weekend against both Robert Morris and Lawrence,” Sarkon continued.

Although Friss and the upperclassmen seem to be leading the charge, Sarkon commented on the young age of the team and how the youth has certainly affected the season so far. “Our pitching, hitting, and defense have looked really good at times this season, but we have failed to put it all together for the most part and I think that certainly has something to do with the fact that we are young and have not played together for very long,” he said.

“However, I have no doubt that when we start putting these complete efforts together we will be a very tough team to beat. We are all very excited for the weekend, and I think we are all ready to string a few wins together and show everyone how good this team really is,” the first baseman said.

The Maroons are ready to go this weekend and it should be some great baseball. The Saturday games against Robert Morris will be at 1 p.m. and 3:30 p.m. while the games against Lawrence will be at 12 p.m. and 3 p.m. on Sunday at Ratner Athletics Center.