Breakdown of Undergraduates By Major 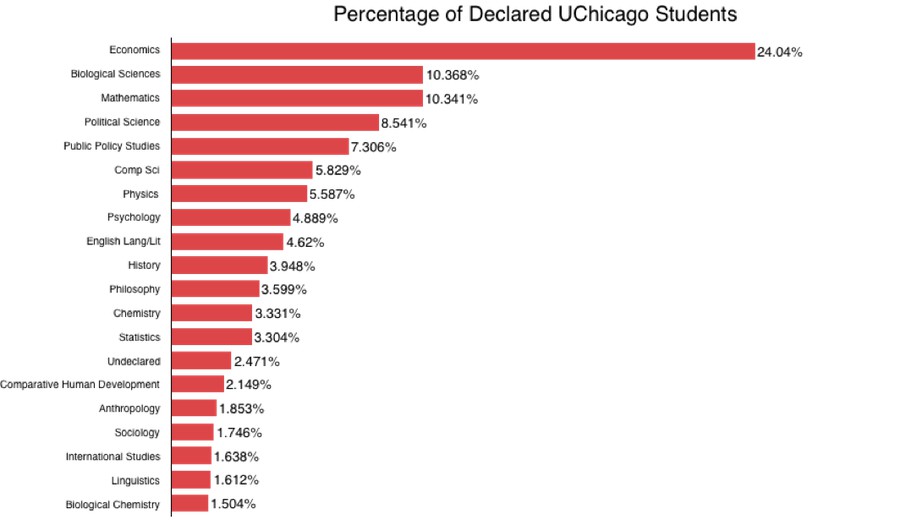 If you take two random undergraduate students who have declared a major at UChicago, you would expect that at least one of them is majoring in Economics, Biology, Math, or Political Science. Collectively, these four majors are almost as popular as the remaining 55 majors combined.

This graph counts all students in the College except those declared as Common Year*. For reference, 3,723 people have declared a major. There are 59 possible majors to declare according to the Registrar (one of which, however, is “Undeclared”). 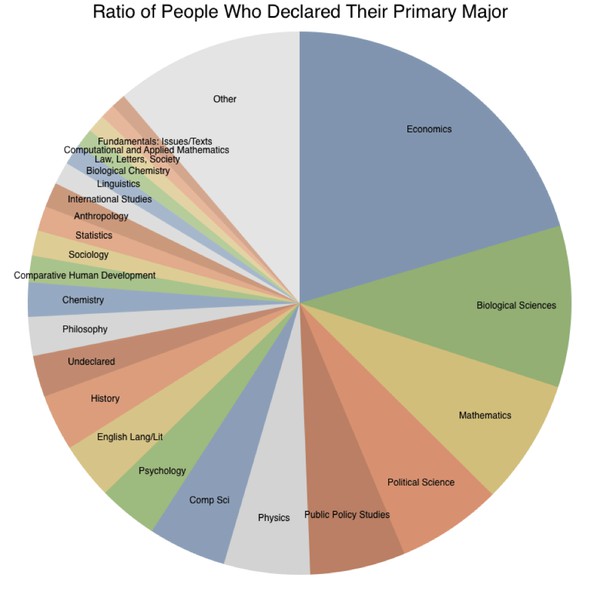 Economics was listed as the primary major for 20.3 percent of students. Biological sciences follows with 9.62 percent. The next most common majors are math (7.44 percent), political science (6.26 percent), and public policy studies (5.67 percent).

*Data taken from the University Registrar, as published in the Quarterly Census. More data can

be found here. This data represents the student population in Spring 2016.