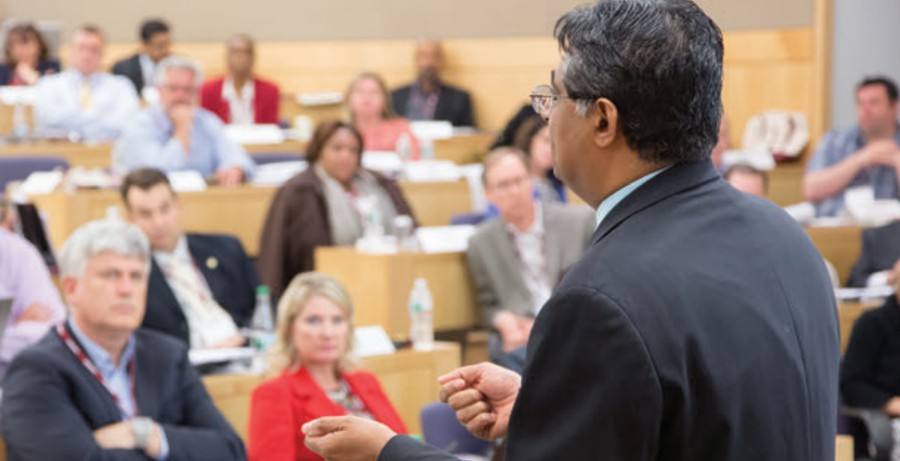 Courtesy of Leadership for a Networked World

In the middle of substantial budget cuts and layoffs, the University’s Chief Financial Officer has announced that he will leave his position by the end of the month.

Rowan Miranda has been CFO as well as vice president of operations at the University since 2014, when he moved from a similar position at the University of Michigan. Crain’s Chicago Business reported his exit last week based on an e-mail sent out to some University employees.

Miranda was at the helm of the University’s “Shared Services” initiative, which administrators say will cut costs and eliminate administrative redundancies by consolidating routine service and administrative functions in various departments.

The University appointed John Kroll, senior adviser for finance and administration, as the interim CFO on Friday. David Fithian, executive vice president, will temporarily fill in Miranda’s operational role. The search for a permanent successor is currently ongoing.

Miranda said in the e-mail that he anticipates going back to strategy and management consulting for government and nonprofit organizations as well as teaching at the Harris School of Public Policy, from which he holds a doctorate.

The layoffs are related to an 8% budget cut being imposed on academic departments.