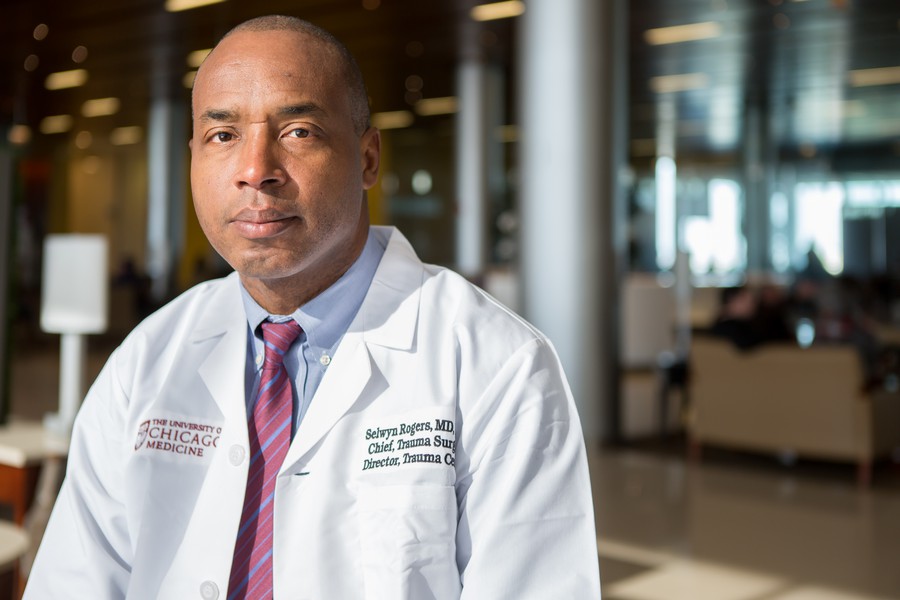 Rogers, a surgeon, was previously the chief medical officer of the University of Texas Medical Branch and has 16 years of trauma care experience.

Through much of his career, Rogers has focused on addressing the health care needs of underserved communities. He traces his interest in health disparities back to his residency.

Rogers believes his experience addressing inequality in health care makes him uniquely qualified to head what will be the only Level I adult trauma center on Chicago’s South Side.

“In some ways I feel I’ve been training my whole life for this job,” he said.

Plans for the University of Chicago Medicine Trauma Center were first announced in 2015. The campaign for an adult trauma center at the University began in 2010, after the death of 18-year-old activist Damian Turner.

Turner was shot three blocks away from the UCMC but died in transit to Northwestern Memorial Hospital’s adult trauma center. The South Side of Chicago has lacked an adult trauma center since the UCMC shut down its trauma center in 1988. Turner’s death sparked complaints that the UCMC was not serving the largely black and low-income communities that surround it.

Rogers said that changing that perception is one of his primary goals for the job.

“I want to start with listening [to community members], and listening with attention,” he said. “And through listening, I am hoping to increasingly partner with the community as they one by one drop the shroud of skepticism and see the University’s commitment to the communities that we serve,” he said.

Rogers acknowledged that there is a complex history between the South Side and the University, but said he is committed to earning the trust of local residents.

“It’s time to reset, reboot, look forward,” Rogers said. “We’re going to do this the right way to create a sustainable trauma center that serves the communities in the South Side.”

In addition to leading the new trauma center, Rogers will serve as the University’s executive vice president for community health engagement. In that role, he will be responsible for community-based programs to improve public health and reduce violence.

Rogers said he was drawn to the job because it seemed like an opportunity to make a substantive, positive difference for underserved communities. He cited an experience he had as a young doctor that inspired him to tackle gun violence.

Rogers was serving as the trauma surgeon on call when a 28-year-old man was brought in with a gunshot wound to the head. The man was brain dead, and there was nothing Rogers could do other than break the news to his family.

Against Rogers’s advice, the man’s mother brought his daughter to see him before he was taken off life support. It was the first time the girl had seen her father since he had gone to prison.

Rogers was moved by the mother’s composure in the face of this tragedy, and asked her how she could remain so calm.

“I pulled her aside and I said, ‘I just saw something amazing,’” Rogers said. “‘Can you tell me of the source of the strength that you had to do this?’ And she said, ‘I had to do this for my other son two years ago.’”

Rogers paused. “So here is a mother who has lost two of her children to gunshot wounds,” he said. “And I just felt compelled then—I decided, I’m going to dedicate my life so that never happens again.”

“We often hear narratives about gang bangers, about bad people. There’s a moral failure component,” Rogers said. “But what if it’s a learned behavior?”

Adult Trauma Center Approved and Scheduled to Open in 2018