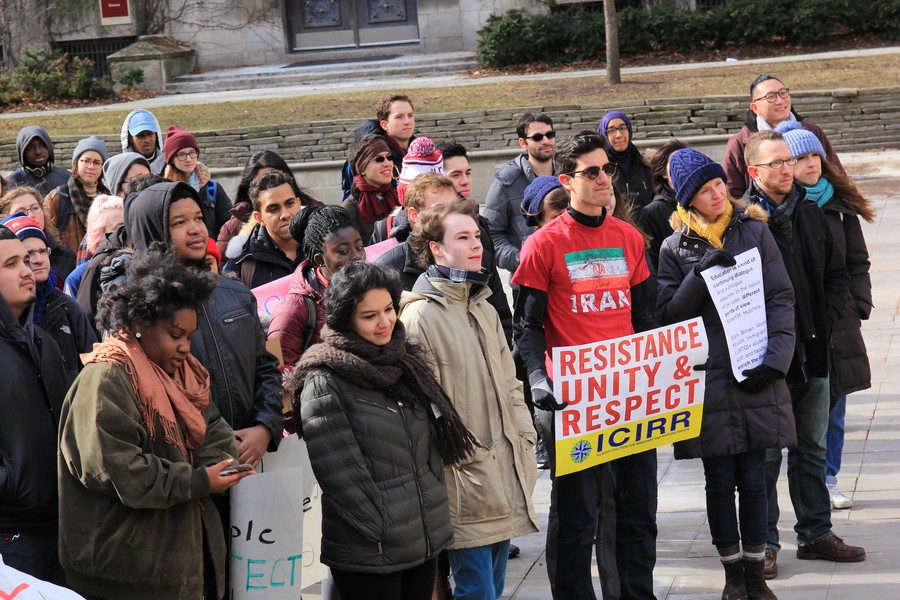 The University of Chicago has jointly filed an amicus brief with 16 other universities, claiming that President Donald Trump’s January 27 executive order on immigration threatens the ability of the universities to “educate future leaders from nearly every continent,” and “attract the world’s best scholars, faculty, and students.”

Amicus briefs are filed by non-litigants in cases who have a strong interest in the subject that the appellate court is hearing. The briefs advise the court and provide relevant information and arguments for the court to consider.

The brief states that the University of Chicago has 23 students from Iran, one student from Syria, and a recent graduate from Syria who is employed under Optional Practical Training status with University sponsorship.

Also according to the brief, Trump’s executive order threatens to shut down Oriental Institute excavation projects in Iraq, Iran, and Iraqi Kurdistan.

Trump’s executive order temporarily barred travel into the United States for people from seven Muslim-majority nations and suspended the U.S. Refugee Admissions Program for 120 days. The total number of refugees admitted to the U.S. would also be capped at 50,000 for the 2017 fiscal year.

On February 9, in a unanimous decision, the U.S. Ninth Circuit Court of Appeals ruled to continue blocking the enforcement of President Trump’s executive order. According to a CNN report, the Trump administration will not appeal the travel ban decision to the U.S. Supreme Court. However, Trump has expressed interest in rewriting the executive order.

The amicus brief was filed in pending litigation on the executive order in the U.S. District Court for the Eastern District of New York.

Under the Interests of Amici section, the University of Chicago states that “[d]iversity for the University is…particularly germane to our core perspective. We must ensure that our scholarly community is composed of a rich mix of individuals who, through their own distinctive viewpoints, contribute to the intellectually challenging culture of the University.”

The University’s sign-on to the brief is the latest in a series of actions that the University of Chicago administration has taken against the executive order. When the order was still being drafted, the Office of International Affairs sent out an e-mail to warn international students of its possible effects. On January 29, after the order was signed, University President Robert J. Zimmer and Provost Daniel Diermeier sent out an e-mail to the campus community “to reaffirm, in the strongest terms, the commitment of the University of Chicago to our international students, faculty, scholars, and staff as well as to those members of our community with undocumented immigration status or who qualify for relief under the Deferred Action for Childhood Arrivals (DACA) program.”

Zimmer and Diermeier additionally sent a letter to Trump to “assert in the strongest possible terms the importance to the United States of continuing to welcome immigrants and the talent and energy that they bring to this country.”

University of Chicago Law School professor Aziz Huq has also filed an amicus brief against the executive order on behalf of several Muslim groups to the Ninth Circuit court in Washington State.

After missing winter quarter, he is likely to miss spring quarter as well.