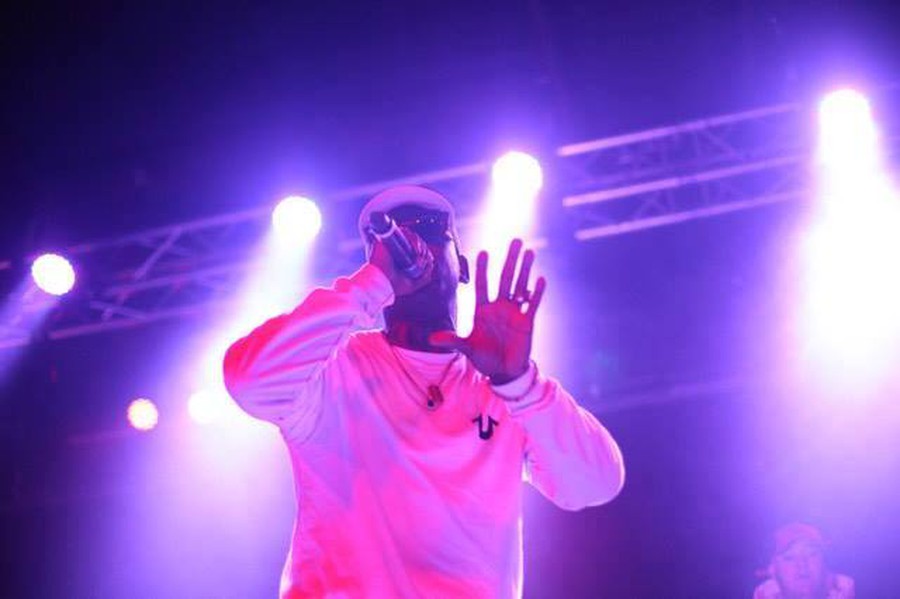 This Monday night, British rapper Joseph Adenuga, known as “Skepta,” took the stage in front of hundreds of excited Chicagoans at Concord Music Hall. He packed the venue to the brim, no doubt riding the wave of fame attained from his recent collaboration with fellow rapper Drake on the latter’s latest album More Life. Skepta, throughout the night, made a few brief references to his own latest album, Konnichiwa. Staying true to contemporary hip-hop performance style, Skepta delivered a show filled with floor-shaking bass, masterful rhythms and synths, and face-melting lyrics.

Skepta’s body of work explores the possibilities of grime music, a subgenre of electronic music pioneered in London in the early 2000s. Grime draws on the Jamaican roots of dancehall music, which recently gained prominence in Drake’s “Controlla” with its pertinent sound clips and use of Jamaican patois in its lyrics. If Drake’s collaboration with Skepta is any indication of current trends and music fashions, then we can expect to see many more artists soon incorporating and exploring grime.

When Skepta took the stage, there was a massive roar of approval from the audience, further prompted by an admission that it was his first Chicago appearance. Hundreds of 20- and 30-somethings piled onto the sticky, beer-covered floor to see the rapper work his performative magic live. Skepta did not disappoint, and launched the show by performing the titular song of his latest album, Konnichiwa. Skepta’s style is mainly characterized by his cool, raspy voice over an electronic medley of scratchy “808” drum machines or melodic pirouettes on synths. In the aggressive and jagged style typical of Grime music, the song begins with a tranquil female voice—“looking for me/ konnichiwa”—before devolving into an air raid siren interspersed with tinkling glass fragments and an ominous piano backing.

Skepta’s songs incited the audience into a frenzy from the sheer intensity of the music coupled with the fluidity and cultural pertinence of his lyrics. One song, “It Ain’t Safe,” points to the crime and volatility of Skepta’s hometown of Tottenham, North London, where riots broke out in 2011. The Chicago audience tapped into a sense of a dark and “grimy” solidarity as the song repeated “It ain’t safe on the block / not even for the cops.”

During many parts of the show, Skepta’s D.J. cut the sound from the song to let the audience finish the lyrics. During one song, Skepta even stopped the track midway to restart it more powerfully. “Energy!” he demanded of the crowd as they cheered in approval. The song in question was “That’s Not Me,” a critique of materialism overlaid with blobby, whimsical synth notes.

All things considered, Skepta delivered an incredible performance that more than satisfied its fiery attendees. Chicago might prove an effective staging ground for Grime, as well as for new, experimental music ventures. The rapper’s gritty exploration of urban motifs surely has new potency when put into the context of the city of Chicago.