The administration leaves the job of stopping hateful rhetoric to its students. 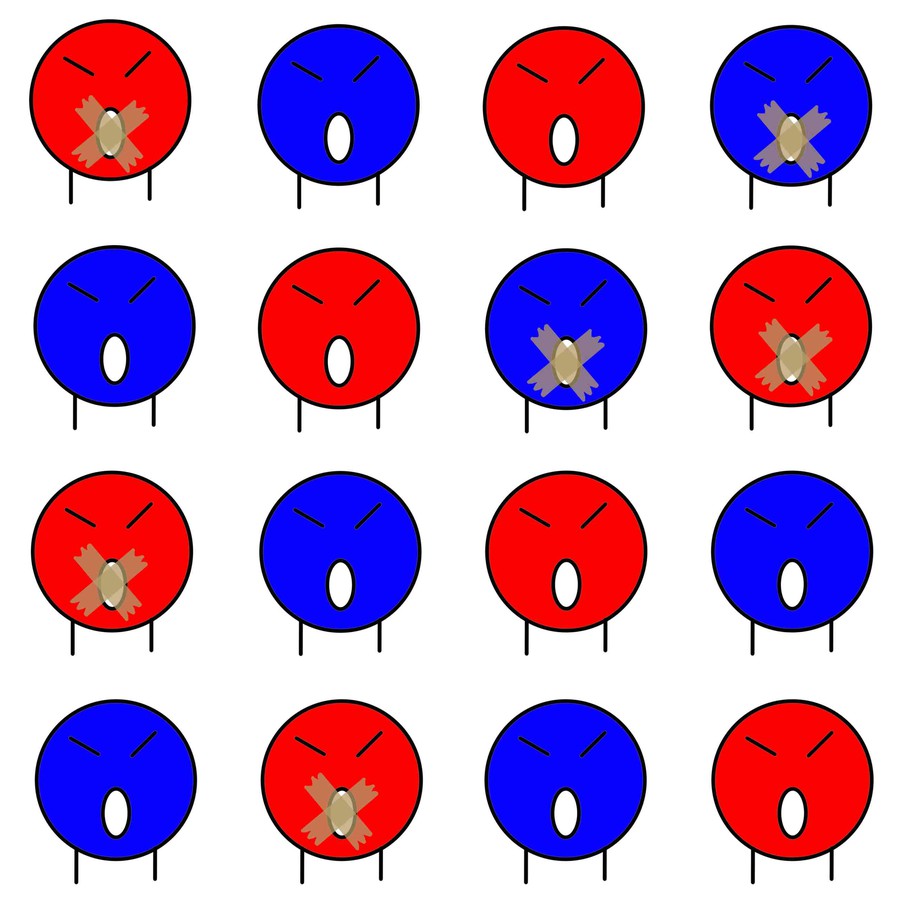 “While the University supports the expression of diverse points of view on issues of the day, defamatory statements about individual University community members and groups and targeted harassment of students are antithetical to our values and expectations of critical inquiry and debate.”

Thus read the e-mail we all received from University provost Daniel Diermeier and Dean of Students Michele Rasmussen. Their message specifically addressed the posters all over campus that targeted Students for Justice in Palestine (SJP), assuring that they would be taken down on sight given the clear potential harm they present to a number of students. For the same reason, we took down posters from Identity Europa, a heinous white nationalist group. Oh, wait. No. We took those posters down mainly because they used inappropriate adhesive, evidently. Thankfully, U.S. News & World Report does not have a “principles” category in calculating its college rankings, so it obviously does not matter. We’re number three, y’all!

The University seldom has to deal with speech issues from the far right, largely because, as a whole, the student body is upwards of 90 percent liberal snowflake. As the above examples illustrate, when the far right does intrude on campus, they are dealt with decisively. They are not welcome here, and rightfully so. The University does not want to foster an environment where racist, anti-Semitic, or otherwise disturbing speech is plastered all over its walls. However, it still wants to fulfill its self-proclaimed role as a bastion of free speech no matter how egregious. Balancing these two conflicting goals becomes easier when the dirty work—dealing with hateful filth—is tacitly delegated to the student body. The University can take a more hands-off approach, allowing it to maintain the veneer of free speech absolutism that it has pushed so heavily over the past few years.

There is a strong argument to be made that the e-mail we received runs in flagrant violation to the University’s other pronouncements on freedom of speech. Recall that President Zimmer made it clear in an interview with The Wall Street Journal that the University would have no personal problem allowing the renowned neo-Nazi Richard Spencer to speak on campus if invited. If there’s one thing we love here at UChicago, it’s speech, even from someone who advocates for ethnic cleansing. (Or in his words, “peaceful” ethnic cleansing, a phrase so absurd that I’m not even going to bother with it.)

Zimmer arguably knows that a Spencer invite will never happen, which is why he feels safe making such pronouncements. This is not Auburn or another university in the Deep South with a literal White Student Union that has the gall to invite Spencer to their own campus. That is not to say that UChicago is anywhere near free of racism in the student body or as an institution, nor is it to say everyone at Auburn is a Spencer sympathizer, of course. But Zimmer and other University administrators are probably aware that at a campus so thoroughly populated by left-leaning students and faculty, as is the case at many of our peer institutions, any concrete suggestion that Richard Spencer might show up on campus would trigger more chaos than Scav could only dream of. Moreover, the atmosphere is so blindingly liberal that even the sustained presence of a group avowedly racist enough to invite someone like Spencer seems implausible.

Even if Spencer were invited, the harm would not be too grave to the University’s image from a fundraising perspective. Zimmer knows that he doesn’t need to refuse Spencer, because as soon as he shows up, our collective bare-chested war screeches of self-righteous progressive rage would drive him away, punishment for disruptive protest be damned. I mean, look at me—I nearly had an aneurysm when the UChicago College Republicans president tweeted Ann Coulter suggesting she come and speak to us. My snowflake brain and worldview would become literally incapable of thought or reason if I had to seriously consider the possibility of Spencer on campus, and I’m not even that far left. This scenario is less than ideal, but again, less probable, and the money and prestige we get from touting ourselves as the free speech university seems to outweigh the risks.

While the University continues its deliberations over disruptive conduct, keep in mind that it is such a predilection to disruption that arguably keeps literal neo-Nazis in the shadows and off campus. At the very least, it makes it socially unacceptable for any individual on this campus to extend such an invitation. If the speaker is actively seeking controversy, justification of their presence seems to reach its limit, since there would be no expectation of educating or constructively engaging with the student body. Otherwise, the threat of the scourge of the intolerant left at least keeps the furthest elements of the “alt-right” from campus. The University benefits from that fact immensely.