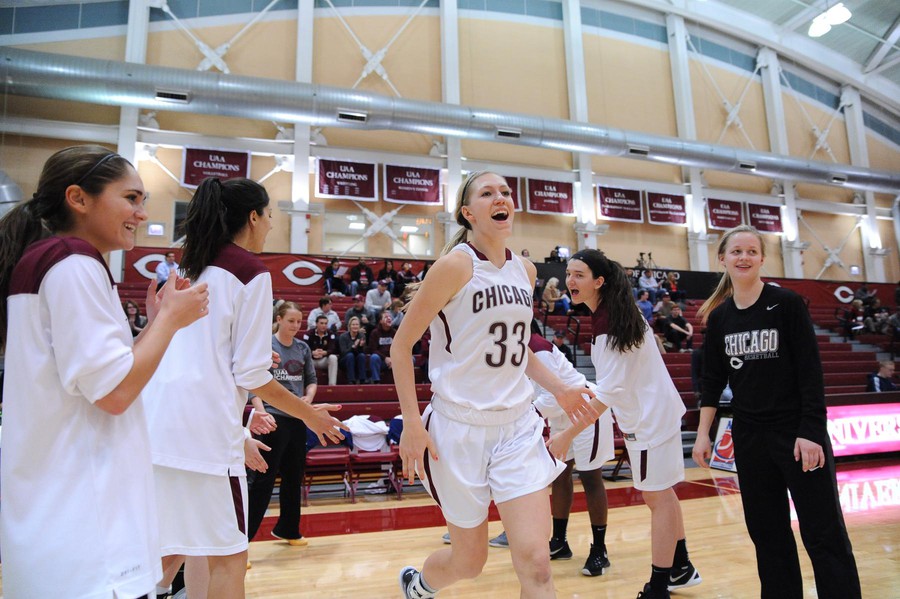 It comes as no surprise that Britta Nordstrom is this year’s female Athlete of the Year. The forward from Scottsdale, Arizona began her career as a Maroon four years ago, and each year her impact on the women’s basketball team has grown. She earned All-UAA accolades in every season and sits in the top 10 in five different statistical categories.

In her senior season, Nordstrom led the team to their first post-season appearance since 2012. She lead the team in scoring, assists, steals, and field goal percentage, and raked in First Team All-UAA and Third Team All-Region honors. On February 3, 2017 Nordstrom became the 12th Maroon to surpass 1,000 points. Teammate Ola Obi says that, “The impact Britta made on me goes past basketball and into all aspects of life.”