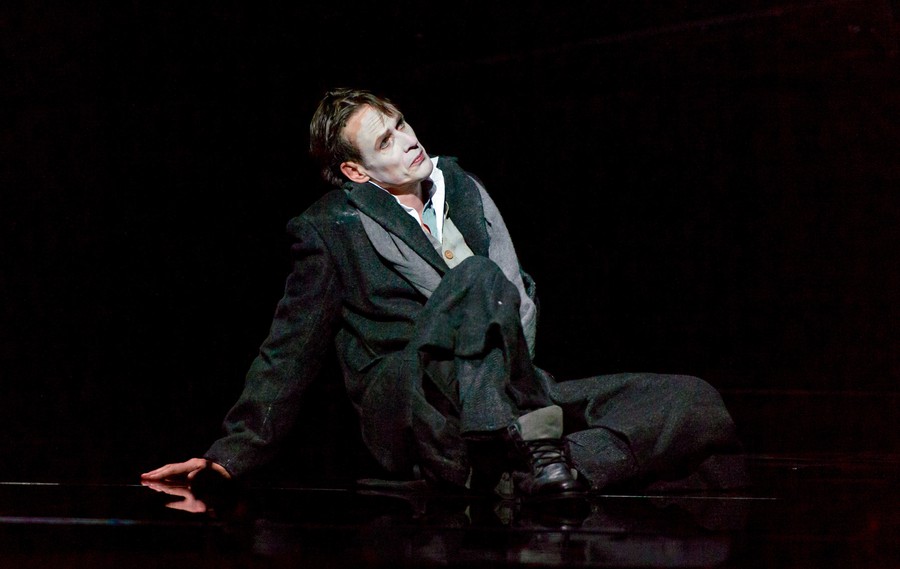 Courtesy of Kevin Yatarola on behalf of Lincoln Center

So tomorrow as today

O how it makes me rejoice

This little song from Ludwig Tieck’s 1797 artistic fairy-tale “Der blonde Eckbert” overflows with Romantic sensibility. Emotion is reified and unbridled, each leaf and footstep a miracle and a source of pain in a world of unrestrained feeling.

So it is in Winterreise, music’s great reflection on Waldeinsamkeit. Yet Schubert’s towering masterwork, composed in Vienna in 1827 to poems by Wilhelm Müller, was not immediately received well by the composer’s friends.

“I like these songs better than all the rest,” he told them, “and someday you will, too.”

“Like” them seems the most polite way to describe how the world now feels about the cycle. The work is not only the cornerstone of the lieder tradition, it also headlines festivals around the world as the repertoire of choice for some of the modern era’s greatest performers. Though originally intended for tenor voice, the cycle is sung by men and women (Christa Ludwig produced a haunting recording of Winterreise in 1994). Baritone Dietrich Fischer-Dieskau, perhaps the greatest male lieder singer of the twentieth century, built a career around this remarkable artwork.

But Winterreise has a problem: a problem of interpretation. As a 75-minute piece that relies upon the vast but ultimately straightforward resources of a solo voice and pianist, it is a difficult work to grapple with, for both the performer and the listener. And Schubert, like the cycle’s hero (whom we will call “The Wanderer”), tends to wander: the music meanders along as melodies are tested, tested again, and then tested three or four more times just to be sure, over the course of 24 songs. This is Schubert at his most probingly—and brilliantly—esoteric.

But perhaps even harder than the music is the text. Make no mistake: these are poems of the German High Romantic era. The Wanderer’s beloved leaves him for a rich man, plunging him into fathomless despair. He sees a tree and wants to hang himself from it. He sees a river and wants to drown himself in it. He sees a crow following him and hopes that it eats his body.

What should a modern listener get from this? Our era is not the Romantic. Classical music appears stodgy and refined, a far cry from the shocking art it first was. Such apparent melodrama in poetry reads at best as over-the-top and at worst as self-absorbed and contrived. The age of Tinder does not suffer easily such prolonged reflections on rejection.

But this conclusion is too simplistic, and is one that Hans Zender’s 1993 adaptation of Schubert’s Winterreise overturns. A staged version of the work had its American premiere last weekend at the Mostly Mozart Festival in New York’s Rose Theatre. The English tenor Ian Bostridge and the International Contemporary Ensemble (ICE), conducted by Baldur Brönnimann, performed; Netia Jones designed the production’s set and staging.

Take, for example, the first song: “Gute Nacht.” Zender begins with a prolonged musical image of The Wanderer’s footsteps, rendered percussively, followed by a straightforward orchestral arrangement of the first two stanzas. But our comfort is totally destroyed in the third verse. Midway through, in homage to the Second Viennese School (and particularly Schoenberg’s Pierre Lunaire), the singer simply speaks his lines over severely distressed harmonies. This technique is repeated at points throughout the piece, along with influences from jazz and, more than anything, harmonies and textures that Schubert would have never heard in nineteenth-century Vienna.

This moment illustrates exactly why Zender’s Winterreise is so effective. By the modern eye and ear, a single man on stage in a tuxedo singing Schubert with a pianist might be understood as tragic, sad, or perhaps serious. Yet these adjectives, although in their ways accurate, are wide of the mark when it comes to the essence of Schubert’s Winterreise: The speaker has gone completely insane. He sees visions, hears voices, and talks with animals. Winterreise is, in no small part, a meditation on the state of madness. Zender’s wacky arrangement offers an extraordinarily lucid portrait of The Wanderer. Madness and derangement are projected clearly by interpretive moments, and the result is startling, fresh, and deeply Romantic.

Obviously, Zender hasn’t replaced Schubert’s Winterreise, and it doesn’t sound like he’s trying to. The changes are ultimately restrained and tasteful. The whole thing truly does feel like an interpretation: a composer’s chance to do the performer’s job for a change. It works—really, really well.

One needs to hear that craziness in order to understand this music. Otherwise, it becomes tiresome to listen to a guy with rather standard romantic troubles feel unreasonably sorry for himself for more than an hour. With a vision of sublime madness, either in Zender’s re-imagined Winterreise or in a standard performance, the work feels both more realistic and more compelling. Certainly The Wanderer’s madness goes far beyond the standard or healthy range of feeling and emotion. But hopelessness, loss, and an outlook that is bleak as far as the eye can see? Those things are deeply human. With them, Schubert speaks to us as clearly as he will speak to people of any time.

This weekend’s performances in New York were equally effective to Zender’s adaptation. Bostridge has become an iconic Winterreise interpreter, and this writer’s favorite, over the past few years. His tall, slight frame and extraordinarily bold vocal choices—all but screaming some lines even in a standard recital—project a clear and heart-wrenching interpretation of The Wanderer. The text was delivered with total understanding and conviction, while his acting was perfectly controlled and overwhelmingly expressive. This was interpretation at its best: intelligent, beautiful, and moving.

Brönnimann and ICE turned in a similarly brilliant performance. Perhaps most importantly for a daring re-composition of a masterwork, they played with conviction, never allowing a moment of doubt or self-consciousness. The tempi did at times feel too brisk to allow for all the expression latent in the score, but the overall effect was never lost to this point.

Jones’s staging and design were a bit more of a mixed bag. There were images of absolutely striking beauty and expression—The Wanderer sitting alone on a chair or clutching a ladder, the pitch-black stage—and these tended to be the simplest ones. Overall, the drama had continuity in these moments. The costume choices were similarly well done, and the staging displayed, at appropriate turns, whimsy, humor, seriousness, and tragedy. This continuous vision and expressive capability were lost, however, by the video projections of Bostridge’s face, which served more as distraction than expression, and ultimately did little to support the narrative. But this was a small misstep in otherwise probing and inspired direction.

As a team, these artists managed to create a unified Winterreise. The performance was at once aesthetic and philosophical, with neither merit sacrificed to the other. As much as this performance was modern—stark imagery, atonal harmonies, an outlook bleak and hopeless—it was Romantic in the outsize, deeply felt emotions it projected.

One would underestimate Zender’s work by understanding it only as an adaptation of Winterreise for the modern listener. Although it succeeds in this way, Zender’s Winterreise does more than that, creating a profound, timeless vision—taking the same old tunes and showing us how many ways there are to hear them.