USO Celebrates Spanish Music From Across the Pyrenees 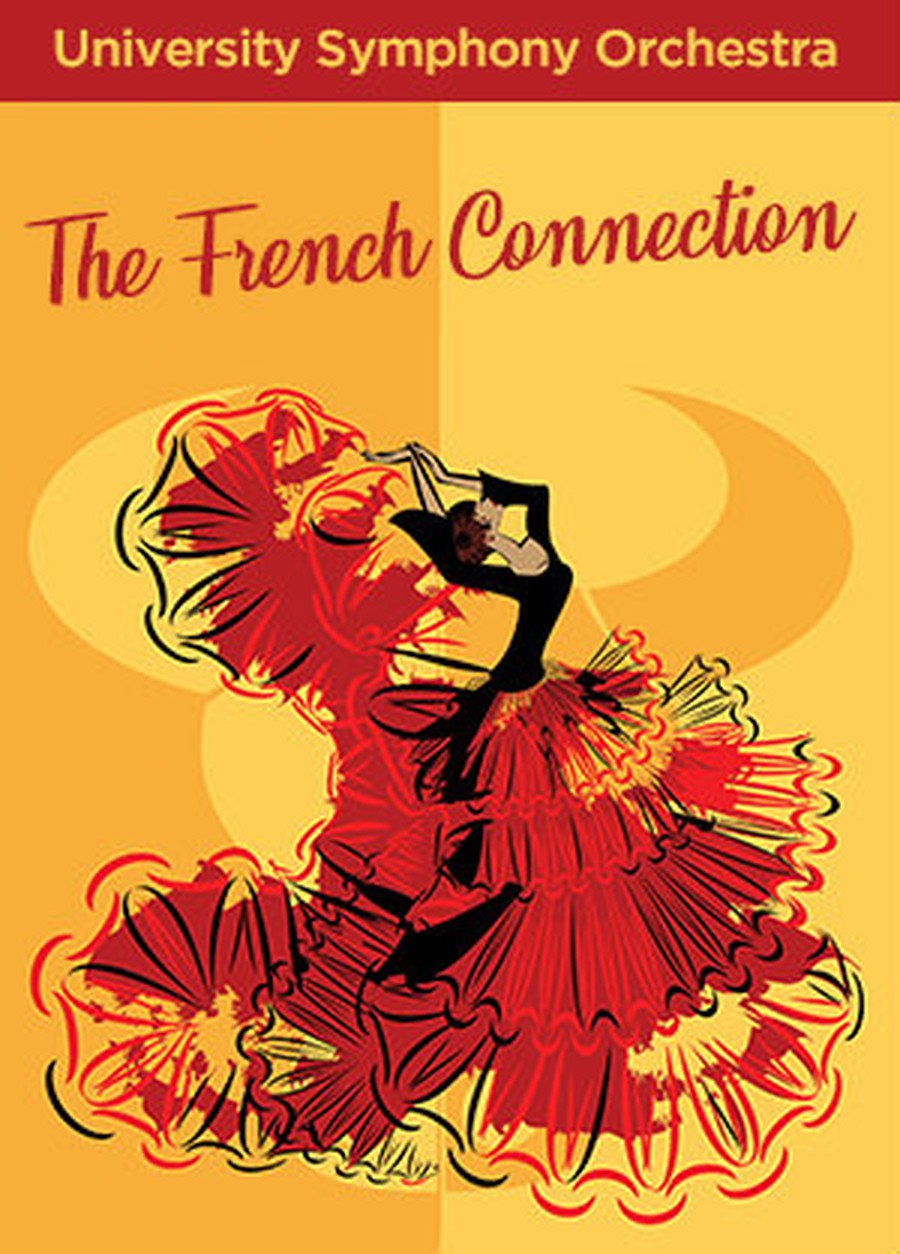 The program began with an iconic French composer, Georges Bizet. The two Carmen suites were compiled after the composer’s death by Ernest Guiraud. They reflect orchestral selections from Bizet’s 1875 opera of the same name. By far the most recognizable of the four programmed works, it certainly capitalized on its accessibility. However, it also might have been the weakest execution of the night, both in terms of rhythmic cohesion and subtleties of tone. The Intermezzo began with a wonderfully delicate flute solo accompanied by harp. The gradual build-up of the rest of the orchestra could have been warm and expansive, but instead felt somewhat thin and aloof. The horn entrance at the beginning of the Nocturne was awkward, but the movement recovered quickly, and the Danse Bohème was a spirited and lively final movement.

The USO proceeded with an exceptional performance of the “Ballet Music” from Jules Massenet’s Le Cid. Though the opera itself is not particularly well-known, this selection is fairly prominent in the body of orchestral literature. It consists of seven movements, each an example of a different form, which appear in the middle of the opera as a celebratory moment. The prominence of percussion throughout the work reflects Massenet’s own experience as a percussionist. The opening Castillane was animated and—particularly in the beginning—precise in execution. The Andalouse was sensual and had the warmth of the string sections that the Bizet lacked. However, the highlight was the third dance, Aragonaise, which was full of a sense of spectacle. The lightness of the waltz-like meter in contrast with the bold percussion cues lent the movement a wonderful spirit. It was perhaps even more sparkling when the theme returned in the final movement, the Animé.

Ibéria, the second of Claude Debussy’s Images pour Orchestre, was another great success for the USO. The first movement, Par les rues et par les Chemins (“Through the streets and byways”), featured crisp triplet figures and a melodic theme in the clarinet section. A movement with as dense a counterpoint as this one can easily be unintelligible. The USO, however, approached the movement with great thought and precision. Ibéria's second movement, Les parfums de la nuit (“The fragrance of the night”), was marked by a beautiful oboe line as well as rich textures in the lower strings. The seamless transition into the third movement, Le matin d’un jour du fête (“The morning of a festival day"), was done brilliantly. The movement lived up to its celebratory name, particularly when all string players employed the pizzicato technique (plucking the strings as opposed to using the bow), evoking the sound of a guitar. The final movement also featured a brief violin solo by concertmaster Frank Wen, who was playing on a violin made in 1761 by Carlo Fernando Landolfi of Milan, given to the Department of Music by an anonymous donor.

While the opening question may be rhetorical, it merits some thought: Do French composers really write the best Spanish music? There is no shortage of great Spanish composers—Albéniz, Falla, Granados, Rodrigo, Turina, and many more. But the musical elements (certain rhythmic figures, and use of percussion) that were so prominent in this program and that have come to be associated with so-called Spanish music were popularized by non-Spaniards. This phenomenon is not limited to these works or Frenchmen: Ravel and Chabrier both wrote in the “Spanish” style, as did Russian composers Glinka and Rimsky-Korsakov. There are many exceptional compositions of this nature, each beautiful and deserving of its position in the Western canon. Together, they form a genre, while not Spanish, that has enjoyed great success throughout 19th-century Europe and continues to be programmed today.

The program concluded with Gabriel Fauré’s Les Pas Espagnol, part of his Dolly Suite. The suite was originally written for piano four hands and dedicated to Hélène Bardac, who was the daughter of Fauré’s mistress. This short, joyful piece embodies the Spanish (or really, French) style that the USO explored throughout the evening. It was certainly a charming way to close out a largely cheerful and vibrant program—perfect for a midwinter concert.