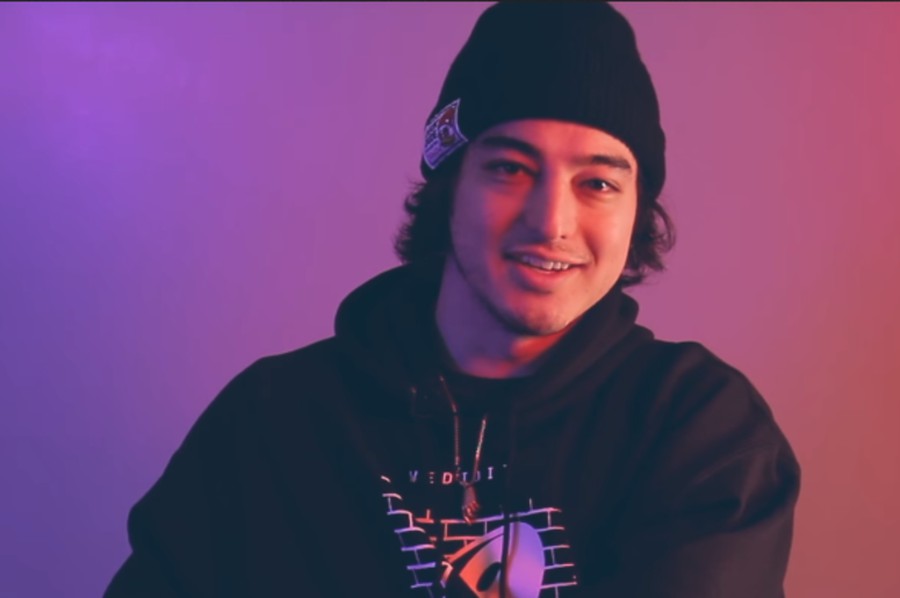 Joji feels like a new artist. Signed in 2017 to 88rising, Sean Miyashiro's record label and marketing company, he released his first EP, In Tongues, in November of that year. But Joji, born George Miller, is not new—he has been dancing in and out of the limelight for years. He existed on YouTube as Filthy Frank from 2011 to 2017, where he was perhaps best known for his role in launching the “Harlem Shake” madness. And he had an alter-ego, Pink Guy, under which he released the surreal comedy hip-hop album, Pink Season, which charted at #70 on the Billboard 200.

To Miller, those are past lives, dead characters. In interviews he has taken care to distance himself from his old personas, saying that they don't connect at all with who he is now. Indeed, since quitting YouTube last year, Miller has focused entirely on making music as Joji, crafting a darker, heavier, and more serious sound to go along with a series of stunningly beautiful music videos.

Ballads 1, Joji's much-anticipated debut album, showcases a surprising depth and uniquely experimental sound. Joji's music has always been sad, sometimes exhaustingly so, and Ballads 1 leans into this tendency, pushing a consistently maudlin aesthetic to go along with its lo-fi production. Unlike much of his older music though, Joji mostly manages to avoid sounding tiresome. While the lyrical material remains similar, spanning the pains of lost love and loneliness, there is an added focus and maturity to his songwriting. And the production, which still brims with the otherworldly sounds that Joji loves, feels mostly intentional and at times even elegant.

The album begins with “Attention,” a song about an unrequited love that, in its distorted, sad-boy-trap persuasions, feels familiar but also alien. Spanning a meditative two minutes, it is buoyed by repeating piano chords and a wobbly, rumbling bass that seems dense enough to have a tangible gravitational pull. It is a sonically stunning opener, at once sparse, intricate, and vivid. If you close your eyes, you can almost see the nostalgic, black-and-white, reverb-drenched world that Joji's music seems to inhabit. You can hear the frustration and pent-up anger through the distorted, buzzy vocals. You can feel the quiet anguish in every blunt, shaky bass drop.

However, like most of the album, it treads well-worn lyrical ground and at times devolves into cliché. No matter how spot-on his muttered delivery, lines like “I don't wanna die so young/ Got so much to do" still feel like lyrics written over an XXXTentacion-type beat by a 14-year-old in the throes of a minor existential crisis. But the nuanced production and sharp lyrical introspection that characterize the majority of the song make up for these lapses. It isn’t quite perfect, but “Attention” is one of my favorite tracks, a quietly powerful song that ranks among the best Joji has put out so far.

So much of Joji's music toes the line between that dichotomy of old sounds and new production. The most interesting songs in this project are the most conscious of that contrast. “XNXX” begins with an otherworldly sequence of chimes layered over metallic scraping sounds and a minimalistic boom-bap beat, but quickly segues into a melody that sounds straight out of a Taylor Swift hook. “Wanted U” opens with a freestyle combination of hi-hats, 808 kicks, and metallic anvil sounds, but transitions abruptly into a gorgeous guitar riff that wouldn't sound out of place in an early-aughts post-punk band. And “Slow Dancing in the Dark,” perhaps the best song on the album, enters over arpeggios played by an ethereal, dripping synth, but as the song builds, a wall of trumpet-like sounds rises to the forefront, conjuring up images of a dark, smoky, 1920s nightclub.

Despite all the intricacies of the album’s production and its beautiful, glittering aesthetic, it still feels like it's missing something essential. It is telling that arguably the two best, most fully realized tracks—“Attention” and “Slow Dancing in the Dark”—appear at the very beginning of the album. What follows is a motley collection of songs that, while not without moments of brilliance, feels, for the most part, unfocused and bland. “Test Drive” stalls for a too-long three minutes, weighed down by a repetitive melody and overly simplistic lyrics. “Why Am I Still in LA” is almost good, building up to a pounding, distorted climax reminiscent of Bury Me at Makeout Creek–era Mitski, but overstays its welcome, inexplicably spending its latter half in an extended comedown that includes a nearly inaudible final 30 seconds. Ultimately, Ballads 1 feels less like a complete album than a mixtape of some truly great songs thrown in among a collection of interesting but raw demos.

Ballads 1 does feel like a major step forward for Joji, despite its inconsistencies and excesses. There are moments of fascinatingly experimental production. There is evidence of songwriting that showcases a fresh sense of purpose and balance. And while the album does feel hollow at heart, it still sounds strikingly unique, drenched in an intensely vivid sense of melancholy. In the end, Ballads 1 has all the trappings of a project from an artist on the cusp of greatness. It is tantalizing to imagine what Joji will grow into, given the abundance of talent he possesses and the creative freedom afforded him by his label. If Joji can find a way to put it all together, his next effort may have the makings of a classic.