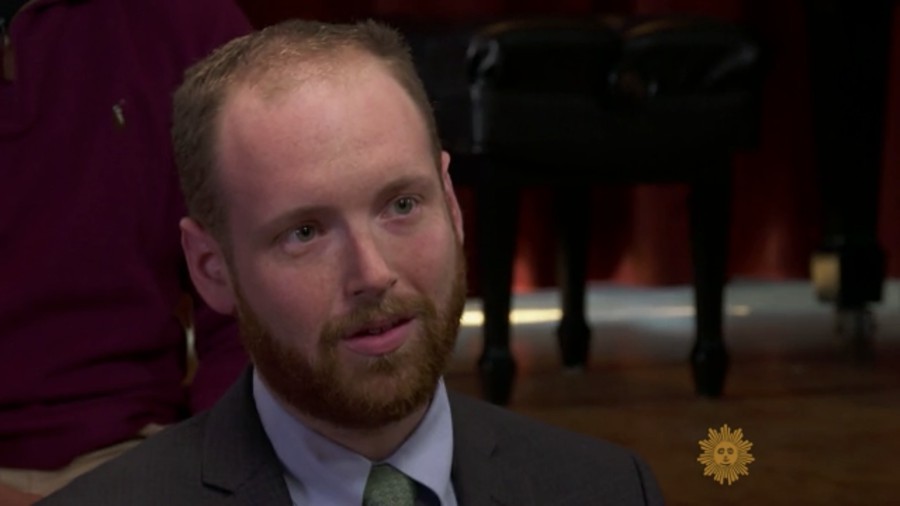 The Edmund Burke Society has indefinitely postponed a debate on immigration, originally scheduled for Tuesday, February 6, after the Law School community objected to an advertisement for the event that many deemed racist.

Last week, the Society, a conservative parliamentary debate group, drew immediate criticism for its whip sheet, a document that promotes debate societies’ events, putting forth provocative assertions on both sides of a given argument. The resolution frames the debate around whether or not to raise standards for immigration requirements. It reads, “Unsure whether to filter foreigners or cast a wide net, the Chairman invites Members and Friends to consider: Resolved: Raise the Bar.”

“If the essence of a nation is its people, allowing foreign bodies to enter is inviting disease into the body politic,” the whip sheet reads. “Meanwhile, chain migration is only as strong as the weakest link; no engineer is worth the drag of a freeloading cousin.”

On Wednesday, the same day the whip sheet was published, a student circulated the document via the Law-announce listserv, writing, “Dear Burke Society, I take it personally when you compare my family to trash and disease.”

Other students joined the denunciation. First-year law student David Raban wrote to the listserv, “Dear University of Chicago Law School Administration, Why do you, through your silence, contribute to the culture of complicity that allows the Edmund Burke Society to perpetuate a hostile environment that exists at the University of Chicago Law School?”

Several law students who took offense at the whip sheet planned a silent stand-in protest at the Tuesday event, and worked with Sean Planchard, Law Students Association (LSA) president, to organize a community town hall event, which will take place on Monday, February 5.

On Thursday, the Burke Society issued a statement addressing the controversy.

“[The Whip Sheet] sets out arguments on both sides of a resolution on which conservatives are likely to disagree among themselves. In doing so, it often employs hyperbolic language parodying both sides, along with allusions to current events and canonical works of literature,” the clarification reads. “The Whip Sheet is not a brief—it does not present an argument in support of a single conclusion—and it certainly does not announce the views of the Society.”

Saturday evening, second-year law student and chairman of the Society Eric Wessan (A.B. ’14), issued a further update by e-mail, stating that the debate caucus had been indefinitely postponed.

“In light of recent events--in particular, media attention extending beyond the University of Chicago community--the Chairman is no longer confident that the event can proceed as planned without an unacceptably high risk of serious disturbance,” Wessan’s e-mail reads. Wessan has been a vocal advocate for free speech, appearing on CBS in January in an interview with President Robert Zimmer, discussing the University's policy on free expression.

Though he did not mention the piece by name, an article on legal news website Above the Law denouncing the whip sheet received over 2,000 shares on social media since it was published on Thursday.

On Sunday, Law School professor M. Todd Henderson, who had been set to deliver the opening remarks in opposition to the resolution (in favor of immigration) spoke to The Maroon. He expressed concern that students offended by the whip sheet have personally targeted individuals associated with the Burke Society, especially those listed on the masthead of the whip sheet (The Chairman, the Secretary, the Chief Whip and the Chancellor of the Society).

“There’s been a pretty systematic doxing campaign perpetrated against those students, as well as me in certain instances,” Henderson said. (“Doxing” refers to the practice of finding and publishing information about an individual on the internet, with malicious intent.)

Henderson also emphasized that students unfamiliar with whip sheets may have misunderstood the hyperbolic style particular to the whip sheet form. “They’re designed to be funny, they’re designed to be provocative, to whip people, and their audience is members of the debating society, not people of the general public,” he said.

Referring to the second sentence of the whip sheet, which reads, “Instead of being a porcelain receptacle for other nations’ wretched refuse, the United States should again put America first,” Henderson said that the society had drawn on national news for material. “Here, the Statue of Liberty’s ‘wretched refuse’ line, and a reference to the President’s line about shithole countries—the authors take public comments and put them in a kind of absurdist language, as a kind of performance art,” he said.

On Sunday morning, third-year law students Nabihah Maqbool, Isabella Nascimento and Ayla Syed circulated a statement of grievances and suggestions over the Law-announce listserv. Their statement addresses the most recent whip sheet, objections to past Burke Society whip sheets, and criticisms of the Law School’s diversity policies.

The Maroon spoke to Maqbool, Nascimento, Syed, and classmate Zac Henderson, also a third-year, about their concerns.

The group expressed frustration that the Burke Society has not apologized or acknowledged that the whip sheet was offensive, but has instead attributed its decision to cancel the event to a “high risk of serious disturbance.” Stressing the importance of institutional changes, such as hiring a dean of diversity, they acknowledged the importance of discussing immigration, but said that the Burke event was not the proper forum to discuss the sensitive issue.

“Our goal is not to shut down anybody’s speech; we’re not going about this in order to prevent them from speaking, and so that’s not our goal in wanting a diversity dean. We understand UChicago Law’s extreme commitment to freedom of expression,” Nascimento said.

The Sunday letter also brought up other concerns with inadequate support for marginalized students.

“These whipsheets and the gatherings foster a hostile climate for marginalized students at the school. Last year the faculty Diversity Committee held listening sessions with student organizations, the student body, and any individual who requested one. After a quarter elapsed with no updates, students began contacting faculty members.... More than one year after the initial meetings we have no tangible results from the Diversity Committee Town Halls and meetings,” the letter circulated by Syed, Nascimento and Maqbool reads.

Syed and Zac Henderson said that the existing Diversity Committee is also insufficient because committee members hold full time faculty positions, whereas a Dean of Diversity would work full-time to address these issues.

Zac Henderson discussed the tension between the University’s advocacy of free expression and the Law School’s insistence on the importance of professionalism.

“When law students come to the University as first years, it’s impressed upon us that everything we do reflects upon us and the institution. We’re told to behave like attorneys, that all the people around us are our future colleagues. If the law school is committed to that idea, then it is confusing to me why rhetoric like what we saw in Burke is not viewed as fundamentally antithetical to the same professionalism the school demands of us. If someone at a law firm had on an e-mail server published an email like that, in all likelihood they would have been fired immediately, because it is fundamentally disrespectful,” Zac Henderson said.

First Amendment scholar and Law School professor Geoffrey Stone told The Maroon that, while the statement was perfectly within the bounds of Chairman Eric Wessan’s right to free speech, it was unadvisable.

“Reading [the whip sheet], it seems to me that it was just an over-the-top stupid thing to do. In the sense that, Wessan should have known it was going to be taken as highly offensive by a lot of people, even if his intention was not to do that. He’s learning how to be professional, and this is not very professional,” Stone said.

Prior to the indefinite postponement of the event, Law School professors Adam Mortara and Tom Ginsburg had been expected to defend the resolution, affirming that America should “raise the bar” on immigration, according to Professor Henderson.

The Law School Community Town Hall hosted by LSA will be held on Monday, February 5 at 12:15 p.m. in Room II. LSA president Sean Planchard declined to comment to The Maroon on the issue prior to the town hall, “in order to maintain the integrity and unbiased nature of the event.

“Discomfort is an intrinsic part of an education,” Zimmer said. “Part of the way we operate is that we’re a place where there’s constant open discourse, constant expression, constant argument.”