Curtis Tarver has emphasized education in his race for the open 25th district house seat. 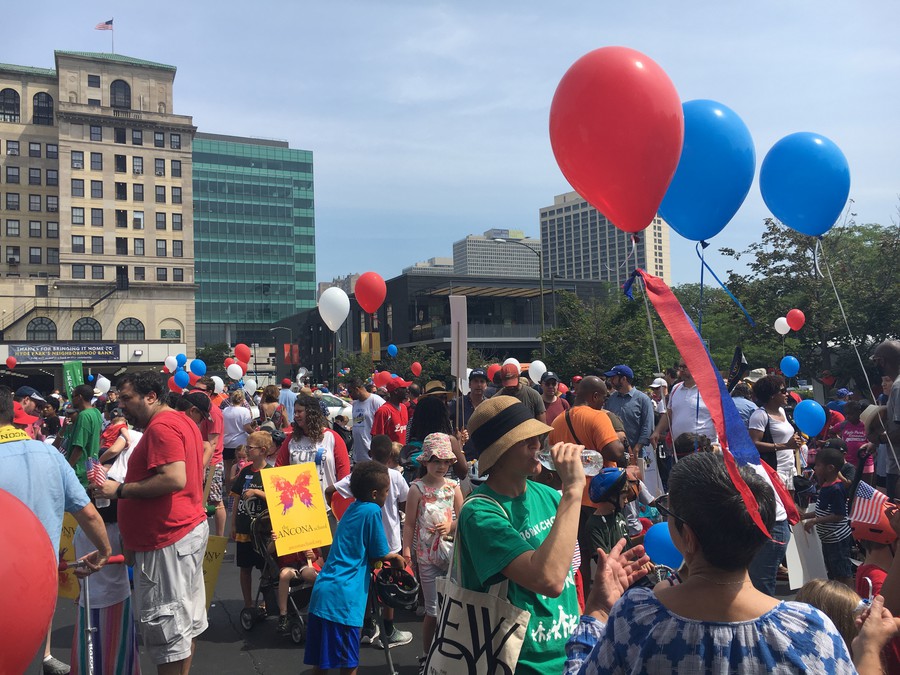 Representative Barbara Flynn Currie, whose resignation opened up a competitive race for her seat in the state house, has long been a fixture at Hyde Park's 4th on 53rd parade.

In a crowded field of seven candidates vying for the seat of 25th district state representative, Curtis Tarver has outraised them all. The lawyer and business owner collected a little under $100,000, almost double the median of his competitors’ funding pools. This election will be the first time in nearly forty years that a new representative will take the 25th district seat, following the retirement of State House majority leader Barbara Flynn Currie.

“There’s a reason I’ve outraised everybody by a 2, 2.5 margin. I have several hundred donors,” Tarver said. “My father was a steelworker, not a congressman. I’m not leaning on Democratic Party bosses and things like that. This has been all about me and my team knocking on doors.”

A graduate of the University of Iowa College of Law, Tarver left a career in private practice to work under Richard Daley’s administration in the Mayor’s Office of Intergovernmental Affairs. During this time, he helped develop  Mayor Daley’s positions on newly introduced pieces of legislation and worked alongside various city-run offices. In 2014, Tarver opened Illinois’s first black-owned brewery, which is currently undergoing an expansion project that will quadruple its capacity.

“The issues haven’t changed from ten to twelve years ago,” Tarver said, citing his effort to ensure minorities have a share in governing and decriminalize low amounts of marijuana, among other initiatives.

Tarver also has a four-year-old daughter. He cited his interactions with the Chicago Public School system while he navigated her enrollment process as the “tipping point” for his entry into the race.

“You pretty much rely on four-year-olds to take an exam to determine whether or not they get into a ‘good school,’ which I think is kind of asinine,” Tarver said.

Ensuring that students’ school choices aren’t limited by the neighborhood they grow up in is one of the core issues driving Tarver’s campaign.

“I think that education should be a fundamental right for every child.” Tarver said. “And by that, I mean two things. One, the state should pick up fifty-one percent or more of the tab or more for public schools. And two, every child should have the opportunity to go to a good, safe, and strong neighborhood school.”

Reducing recidivism rates is another cause that Tarver said he has a personal stake in resolving, as “most of the people” he grew up with “are either imprisoned or no longer with us.” He noted  that those affected by high recidivism rates are primarily young males of color, many from the south side of Chicago.

Tarver made it a priority as a small-business owner to hire formerly incarcerated men and women and pay a living wage. He also believes that rehabilitation programs should be a central function of the Department of Justice, in part to reduce the number of people incarcerated for nonviolent crimes.

“We have individuals who go to jail and can’t find a job, and if they do, it’s a minimum wage job that doesn’t allow them to take care of their families and themselves,” Tarver said.

Tarver said he has supported and will continue to support a Community Benefits Agreement (CBA), a contract that would legally bind the Obama Foundation and other main players in the development of the Obama Presidential Center (OPC) to a series of development principles intended to stop resident displacement and reserve jobs for community members who live near the proposed site. He also emphasized, however, the imperative of fostering small businesses alongside the OPC’s construction as integral to community economic development.

“The CBA is important, but you also need to have people who are in the position to open businesses and things like that,” he said. Ideally, the Obama Foundation would provide a stimulus package to “help local individuals who need access to capital to open these businesses, be able to hire folks, and pay them living wages.”

Primary elections in Illinois are March 20. See the Citizen Bulletin's Student’s Guide to the March 2018 Primary Election for information on how and where to vote, as well as positions of all the candidates running in this state election season. 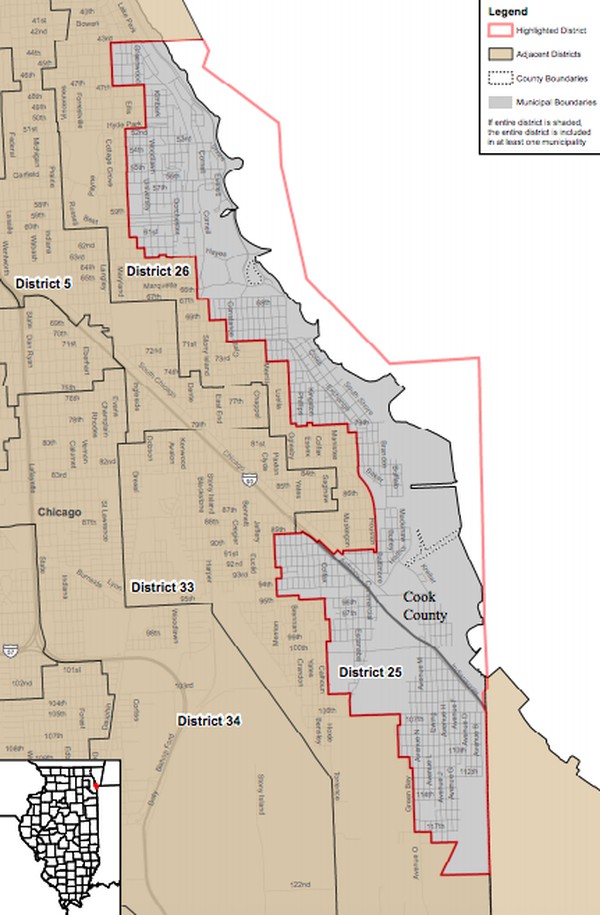 The 25th district for the Illinois State House extends from Hyde Park to points south.

Illinois State Board of Elections

Tarver will run unopposed in the November general election