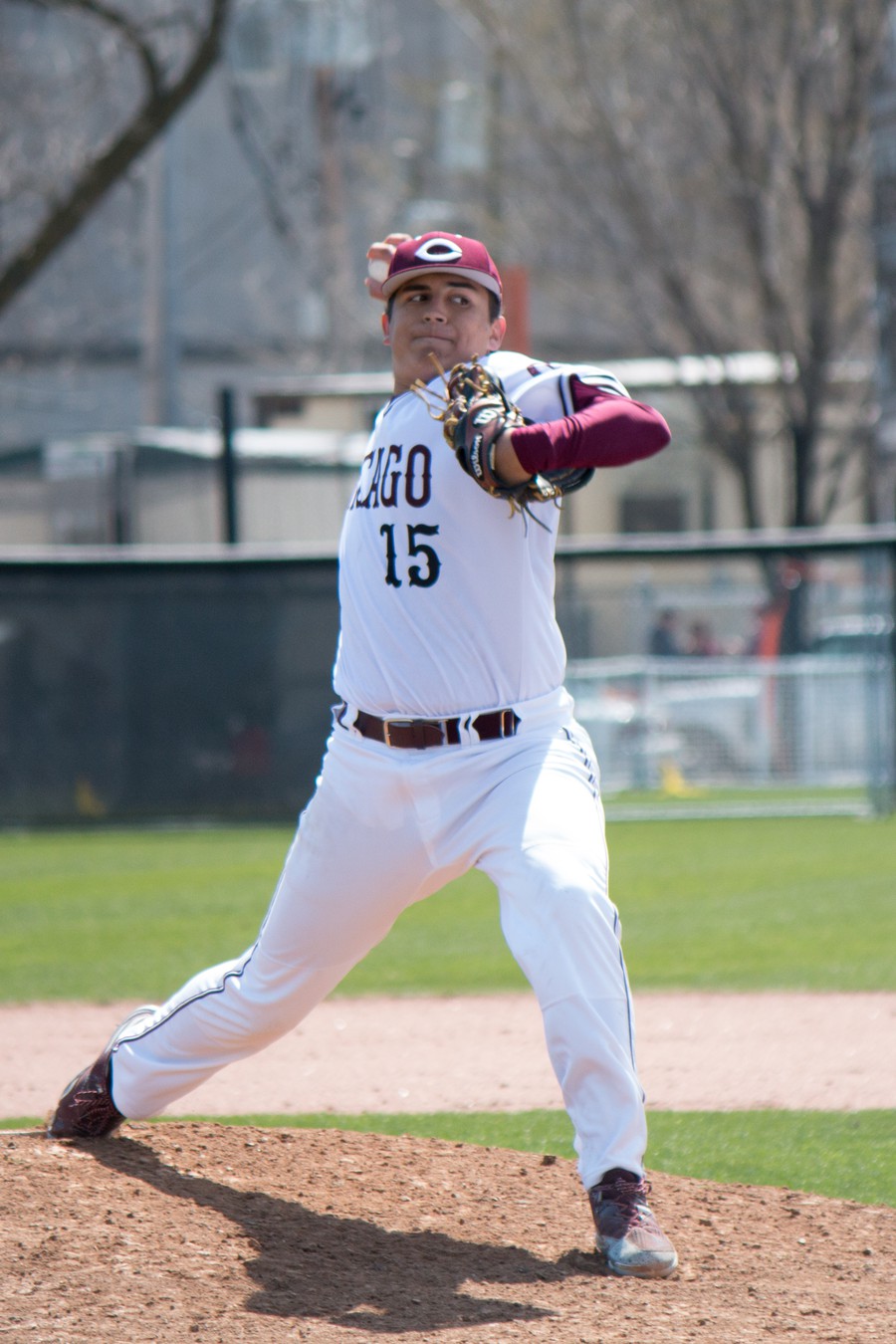 Third-year Brenton Villasenor concentrates as he prepares to pitch the ball.

The UChicago baseball team had a dominant performance in Jacksonville, IL, on Saturday, March 31, routing Illinois College in a doubleheader, winning by a score of 14–0 in the first game and 7–1 in the second game. The wins increase their record to 9–6.

The South Siders began the first game with a one-run homer from third-year Connor Hickey, a sign of great things to come. The offensive power came out in full in the fourth inning, with four runs scored, and the fifth, with six runs, for a total of 14 runs. The team also had a season best 18 hits.

Pitching was equally solid, as third-year ace Brent Villasenor pitched six innings of the first game, allowing only three hits and striking out four batters. The success allowed Villasenor to pick up his second win of the season, and cement his place as one of the team’s best pitchers.

The strong effort continued in the second game, as Hickey started the game with a single, stole second, and eventually scored after a wild pitch and a grounder from third-year Ian Bohn. Once again, the bats came out in full force in the fourth and fifth innings.

The Maroons had little chance to rest, as they made their home-game debut this Monday, April 2, with two games against Beloit. In the wake of Saturday’s resounding victories, the team felt confident going into its first home games.

First-year pitcher Scott Rothschild, who relieved for Villasenor in the final inning of the first game, was proud of the team’s performance and showed confidence about the team’s future. He said, “I think we played well and took care of business. I think it puts us in a good place not only for tomorrow but into the future because there’s a lot of talent and potential to win a lot of games.”

The Maroons’ next set of games will be a doubleheader at home against Central College. The first game will be on Saturday, April 7 at 12 p.m., and the second game will be on the same day at 3 p.m.