Candidates for Class of 2021 Representatives Speak to the Maroon 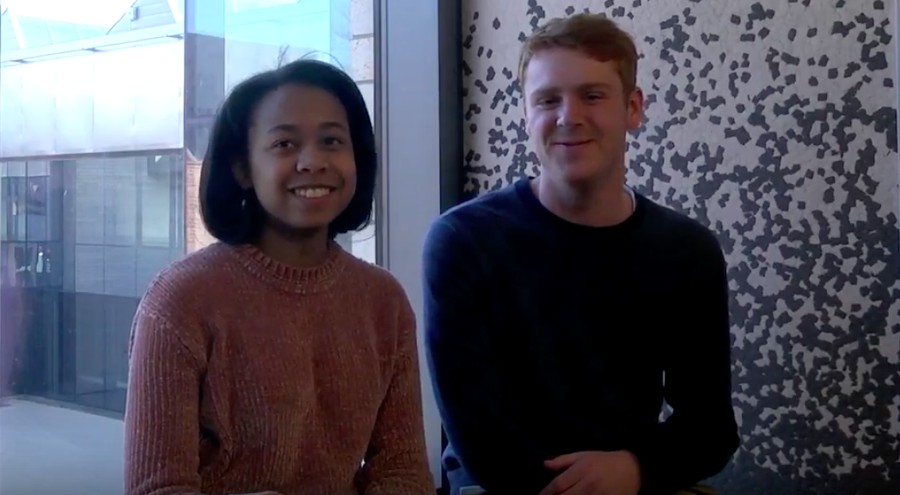 First-years Alex Levi and Raven Rainey speak on their "Resources & Action" platform, as candidates for the class of 2021 representatives.

First-years Alex Levi and Raven Rainey are running together for Class of 2021 Representatives as the “Resources & Action” (R & A) Platform.

In an interview with The Maroon, Levi said his experience as a high school student government representative combined with his desire to make positive change on campus inspired him to pursue the position.

Rainey also attributes her decision to run to her high school student government experience and investment in the UChicago community.

“I love getting involved on campus and I feel like I've always been a voice for others. I want to make sure students are happy and having a good time at UChicago because that’s part of the college experience—if you’re not happy here, we should do something about it,” Rainey said.

The pair’s platform, entitled R & A for its “Resources” and “Action” initiatives, focuses on increasing awareness for on-campus programs and SG transparency under “Resources”, while enhancing student experiences in the University and Hyde Park communities under “Action.”

“There’s a magazine called The Best of Chicago that lists...the best restaurants to go to and things like that. We thought it would be really fun to make a weekly publication focused on campus called The Best of UChicago—keeping people informed on the best coffee shops, the best places to study, etc.” Levi said, describing one example they categorized under “Resources.”

The two candidates plan to make student fitness opportunities more available through a listhost and institute an Arts Czar, amongst various other initiatives.

Rainey described the “Action” spectrum, explaining that “these are issues that have actual direct impact and that students can engage in.”

Most goals outlined under “Action” pertain to service, community-building activities.

Levi told The Maroon about one key “Action” initiative to foster and improve on a cohesive relationship between the UChicago and Hyde Park communities.

“There are a lot of community leaders who are in charge of a lot of local organizations that we think deserve representation and recognition,” she said. “We want to get all these leaders together for a summit—[some] sort of a panel, sort of an open discussion and talk about ways to get involved and facilitate a dialogue between UChicago and Hyde Park.”

“We also want to expand the Engage Chicago project that was going on during O-Week. We would definitely want to do this at least once a quarter and just have more opportunities to give back to Hyde Park,” Rainey added.