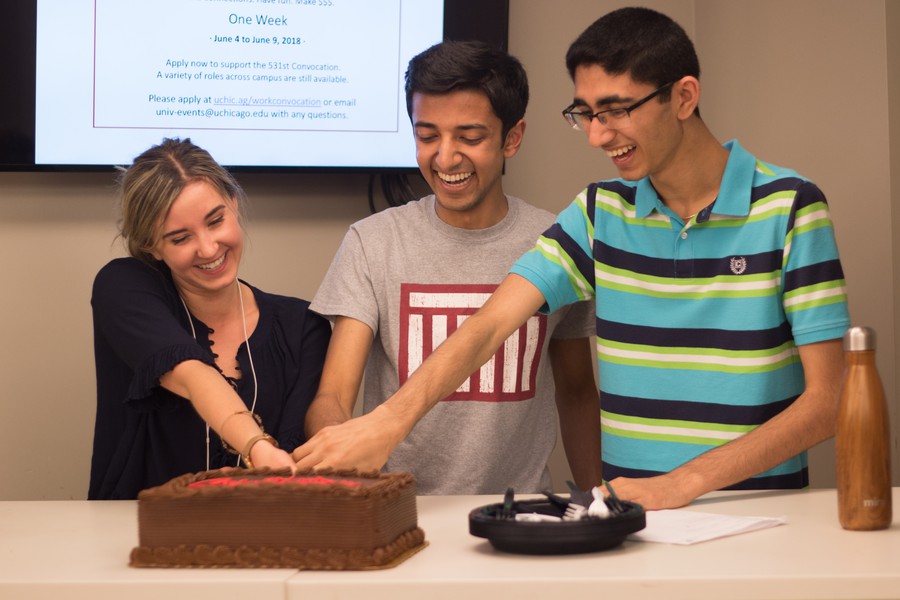 By Jake Biderman   and Katherine Vega

The results of the 2018–19 Student Government election were announced at around 5 p.m. on Wednesday. The Unite executive slate won with 842 votes for a total of 47.71 percent of the votes. Unite ran against the satirical Moose Party slate, which received 408 votes (23.1 percent). All other votes were abstentions and write-ins.

Moose beat Unite among constituents at the Institute for Molecular Engineering and tied at the Booth School of Business, although those divisions had low turnout.

The community and government liaison will be second-year Marlin Figgins, who ran uncontested.

The College Council elections, which select four representatives per class, were mostly uncontested this year, with the exception of the Class of 2021. Tony Ma, Myles Hudson, Raven Rainey, and Alex Levi were elected from a pool of six candidates for the Class of 2021, with 560 total votes reported, or 32.18% of the class. The winning candidates received between 278 and 245 votes each.

In the Humanities Division, the only graduate division that elects their representatives during the school-wide elections, there was no clear winner for one of the two representative positions. While Jo Brill won the first with 16 votes, all other candidates received one vote each in a many-way tie for second place.

“We will identify procedure for dealing with such a tie, and then we will faithfully discharge such procedures,” Max Freedman, Election and Rules Committee chair, said at the vote count.

"I'm really excited about [passing on the torch],” current Vice President for Student Affairs Chase Harrison said in a statement to The Maroon. "I think that having continuity in Student Government can be difficult, because there's new leadership every year, but Sat, Natalie, and Malay are so capable and have a wonderful vision for the school. I've known Sat since middle school, and I've seen him grow into an incredible leader. I trust them so much to pass the torch on to."

The Election and Rules Committee also elected their new chair. Max Freedman will cede the position to Taylor Fox. "I leave with a full heart knowing E&R is in good hands," Freedman said.

A previous version of this article misstated the number of votes for the classes of 2020 and 2019.