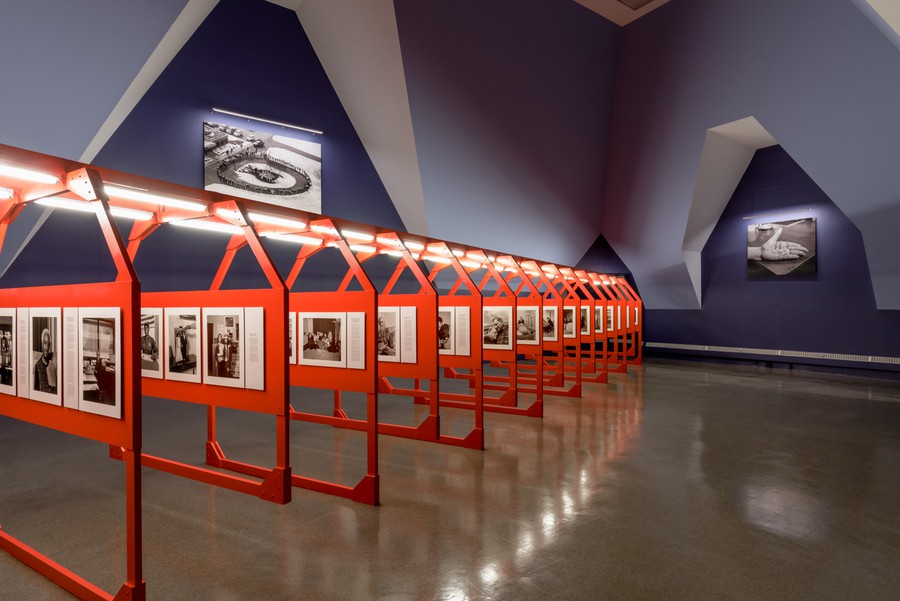 See Latoya Ruby Frazier's "The Last Cruze" at the Renaissance Society before it closes in December 1st.

Why should we, as college students, care about the structure of capitalism, the alienation of the worker, and other economic theories?

The answer is at LaToya Ruby Frazier’s exhibition, The Last Cruze, now on view at the Renaissance Society.

The exhibition tells the stories of the workers at the General Motors (GM) plant in Lordstown, Ohio and their families, after GM decided that the facility would be “unallocated.” This means that GM decided to stop producing the Chevy Cruze in Lordstown and move production of new models overseas. They announced that they would be selling the plant to another company that would produce electric vehicles, but many people who worked at the plant would either have to move to a new location or lose their jobs. If this sounds familiar to you, it might be because it was highly talked about and politicized in the news when President Trump tweeted about it. As of right now, it seems like the new buyer, Lordstown Motors Corp., is claiming that they will try to work with the local union, United Auto Workers (UAW) Local 1112, to rehire workers who were not yet displaced.

Frazier conveys the raw emotions of her subjects with black-and-white photographs and quotes from interviews with them. Many of the quotes from UAW members argue on behalf of the workers and oppose the sale of the plant. Many people speak of the hardships of leaving their families behind to work at a different GM location or the difficulties of relocation changing their lives. A great number of the quotes express the heartbreak of Lordstown losing GM, which had become part of the town and community’s identity. Speaking about GM, former employee David Green says, “They’re in a tougher position. We’re in a tougher position. Everybody is. The people in the community, too. The guy who owns the convenience store down the street from our plant, he don’t know what he’s going to do because we’re not closed yet, right? So it’s purgatory. They put us in purgatory.”

Among the photographs’ subjects are families in their living rooms, workers protesting with handmade signs, and a woman posing with her father’s GM uniform. Yet another photograph shows a sign in Lordstown that reads “Lordstown: Home of the Cruze.” The identity of these people was intimately connected with the quality and tradition of their work. After the news broke, people who had worked together for so many years prayed that they would be okay. They decided to come together and support one another through their time of hardship. Timothy O’Hara, a UAW member and elected union official, said, “At the UAW, we are brothers and sisters that take care of each other, fight battles together, whether we win or lose regardless of politics. You might retire from General Motors, but you never retire from the UAW. I’ll be UAW until I die.”

One of the interviewees even reflects on the significance of sending manufacturing abroad. The workers making the new products would likely be paid far less, and the company could get away with not paying them a “livable wage.”  As John Davies, Jr. says in his interview, “It’s sad that corporations will go to other countries and exploit the workers because they know they’ll work for whatever they can get.”

Frazier’s work serves as a platform for social justice by documenting and educating her audience about what happened in Lordstown. Her goal is to “amplify [the voices] of the people that fought General Motors’ decision until the bitter end.” After talking about how the members of his community supported one another, Werner Lange said, “This shows the contrast in mindset between corporate America and working-class America…. This is not only a clash of classes, but a clash of cultures. The superior culture, the one that will be the foundation of a future America, is the working-class culture…. I think Marx would approve.”

As students at UChicago, we’re often removed from the real effects of economic policy. To better understand how it works, we should pay attention to current events. To that end, I highly recommend checking out Frazier’s exhibition.

The Last Cruze is located at the Renaissance Society (fourth floor of Cobb). It’s open until December 1.