Good morning. It’s sixth week and as midterms wrap up (or start?) hang in there! 😤 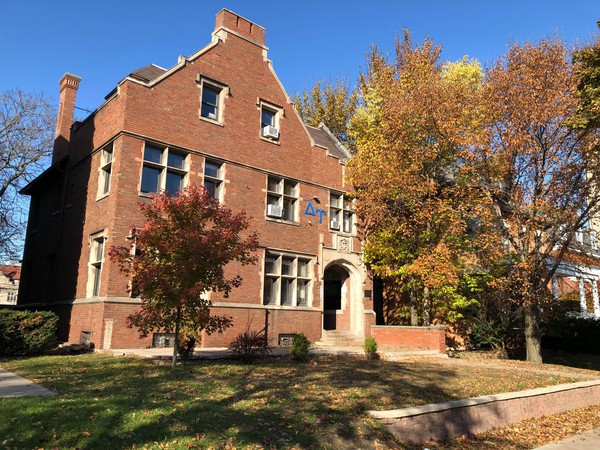 Chicago police are investigating a reported sexual assault alleged to have occurred at the Delta Upsilon (DU) fraternity house on Saturday, according to police and University officials.

A brighter future for Yerkes: The University is set to start work on a deal transferring ownership of Yerkes Observatory, built in Wisconsin to house the world’s largest refracting telescope, to local group the Yerkes Future Foundation.

“Reproduction, rethought”: Third-year graduate student Matthew Zajac is a runner-up in this year’s Young Scientist Essay Competition, sponsored by the journal Nature. His essay imagines the future of same-sex reproduction technology—and what that means for him now as a gay scientist conducting chemical biology research.

Read this interview with David Gosz about how his experience at UChicago led to the beginnings of a career in musical theater.

Lose yourself to the chaos on stage and perhaps you’ll understand what your high school AP Lit teacher meant when she heralded Jane Eyre as one of the great triumphs of storytelling.

The panel of activist scholars in dialogue at the Smart Museum advocated for the abolition of police and the systems of racism and control they perpetuate.

Distract yourself from midterms this week with Diwali, a Silent Disco, and pita bread. Here’s your weekly debrief on art events.

Famed for its “Monster Hell Ramen Challenge,” the Chicago chain Strings Ramen is expected to open at the 53rd street storefront previously occupied by Hiro Sushi within the next two months. Strings serves ramen and other Japanese delicacies in light broth; ramen bowls average around $15.

Food desert no more: A new Shop & Save Market is slated to open November 20 in South Shore’s Jeffery Plaza, ending the neighborhood’s nearly six years without a full-service grocer.

Two UChicago psychiatrists reflect on the importance of thoughtful reporting on student suicides, and provide useful resources to those who may be in need of mental health support.

Columnist Leena El-Sadek reflects on her visit to Mamie Till’s home in Woodlawn and challenges the notion that the legal system is noble.

Second-year David Liang, who served as a Class of 2020 representative last year, has started a think tank to research issues pertaining to UChicago’s Student Government. It will be funded by the University of Chicago Democracy Initiative, an RSO.

University administrators answered student questions on the recently released Campus Climate Survey at an SG-hosted event: “Town Hall: Sexual Misconduct.” A previous meeting was held by the Title IX office focusing on the Campus Climate Survey, however it was met with backlash by attendees and SG’s Executive Slate, which published a statement expressing their criticisms of the report.

Following The Maroon’s article last week on the University’s decision to begin awarding Latin Honors, SG passed a resolution asking the administration to reconsider the change.

Editor Chris Jones writes in with a hint:

This week’s crossword is tough, but here’s a hint: “City on the Great Lakes,” in just four letters, is ERIE, Pennsylvania. By our estimate, it’s a 30-hour boat ride from Chicago. ⛵️